Arsons have more than doubled in Spokane this year. What we know about the spike

A look into why Spokane has seen such a remarkable spike in arsons in 2020. 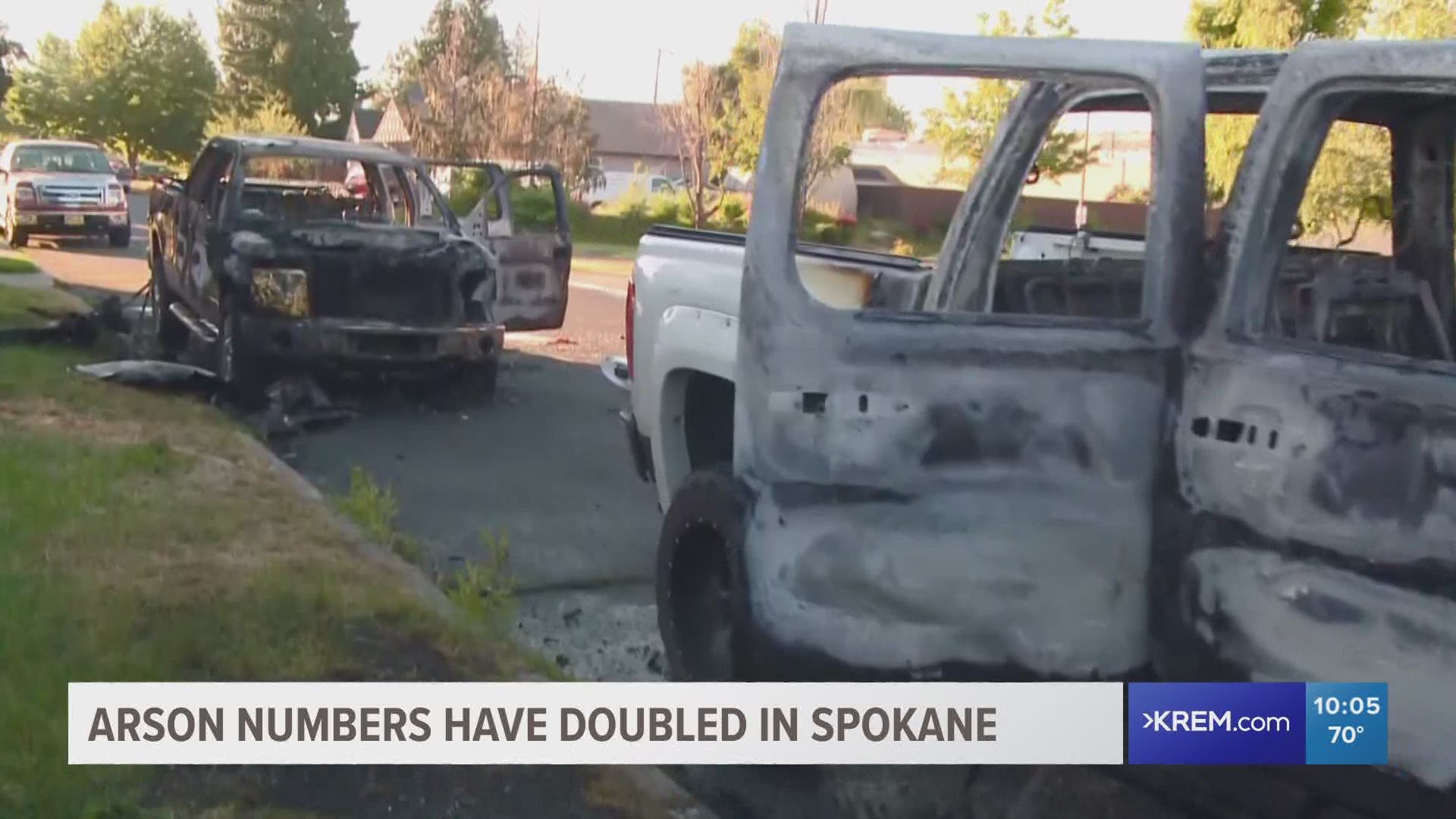 SPOKANE, Wash — If you take a look at Spokane's weekly crime report, the numbers mostly look good. Crime as a whole is down 10.76 percent, and most individual categories have also seen decreases compared to this time last year.

So what could account for this particular crime more than doubling in one year? Police say it's not the only factor, but serial arsonists are playing a role.

"In a nutshell, there are a couple of different instances where lone people – like one person – has set multiple different fires," said SPD Sgt. Terry Preuninger.

The primary example of that is 36-year-old Stephanie Register. She admitted to KREM she was responsible for the fires in North Spokane that burned more than a dozen vehicles and five garages.

One repeat offender like that can make a big impact on the stats.

Still, there are some theories. For one, pandemic restlessness might have some effect.

"There are anecdotal stories from the people in the field that were suggesting the increase, the regular increase that we see, could be attributed to kids being home more and not in school," said Spokane Fire Chief Brian Schaeffer.

Police also think it's possible the release of certain suspects from jail could affect crime as a whole.

"Most of our crime is committed by a small percentage of people," said Preuninger. "And the reason I give that explanation is I think that might be a reason, and again I can't quantify it, but that could impact the arson numbers as well."

Though Preuninger also said he's seen no specific instances where an arsonist was released from jail and re-offended.

"Not directly related to arson but to other crimes absolutely," he said.

That means the only factor backed by any hard evidence when it comes to the 2020 arson spike is the serial arson.

"Sometimes it is just an anomaly that we can't pin to anything," said Preuninger.

Both Preuninger and Schaeffer also pointed out that when the raw number is small enough, even moderate increases in crime can look huge once converted into percentages.

"When you have a... small sample, one or two or five has a pretty significant impact of the statistics," said Schaeffer.

That's also true of the murder stats in Spokane right now. As a percentage, they've also more than doubled, but when you look at the actual increase it's gone from 4 in 2019 to 9 so far this year.