John "Mack" McBoyle was found in the area of Service Flats, which is approximately five miles west of where McBoyle’s vehicle was parked. 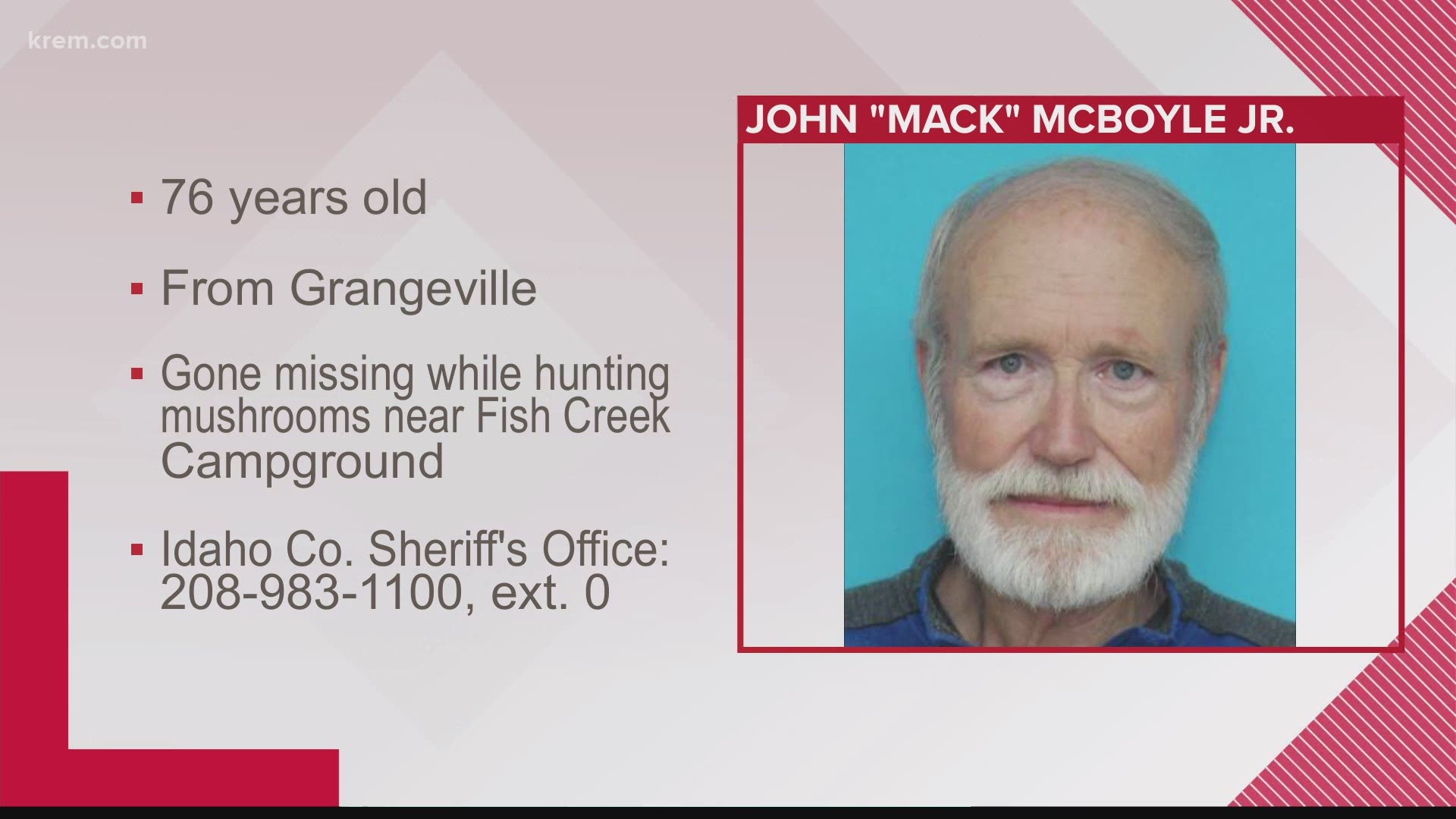 McBoyle was found in fair condition, but disoriented.

“Our efforts were rewarded, and our prayers were answered when Mr. McBoyle was located today. I want to thank Chief Deputy Brian Hewson for his relentless efforts in spearheading the search. I also want to thank all my staff and all the searchers for their efforts. It was amazing to see the outpouring of support from our community,” Sheriff Doug Ulmer said.

Idaho County Sheriff's Office said in a press release they would like to thank all the agencies and people who helped search:

Search Dogs, Two Bear Air and Rescue and other volunteers have conducted a thorough search of the area.