During Phase 2 of reopening, indoor sporting facilities can open their doors to up to 200 people at a time. 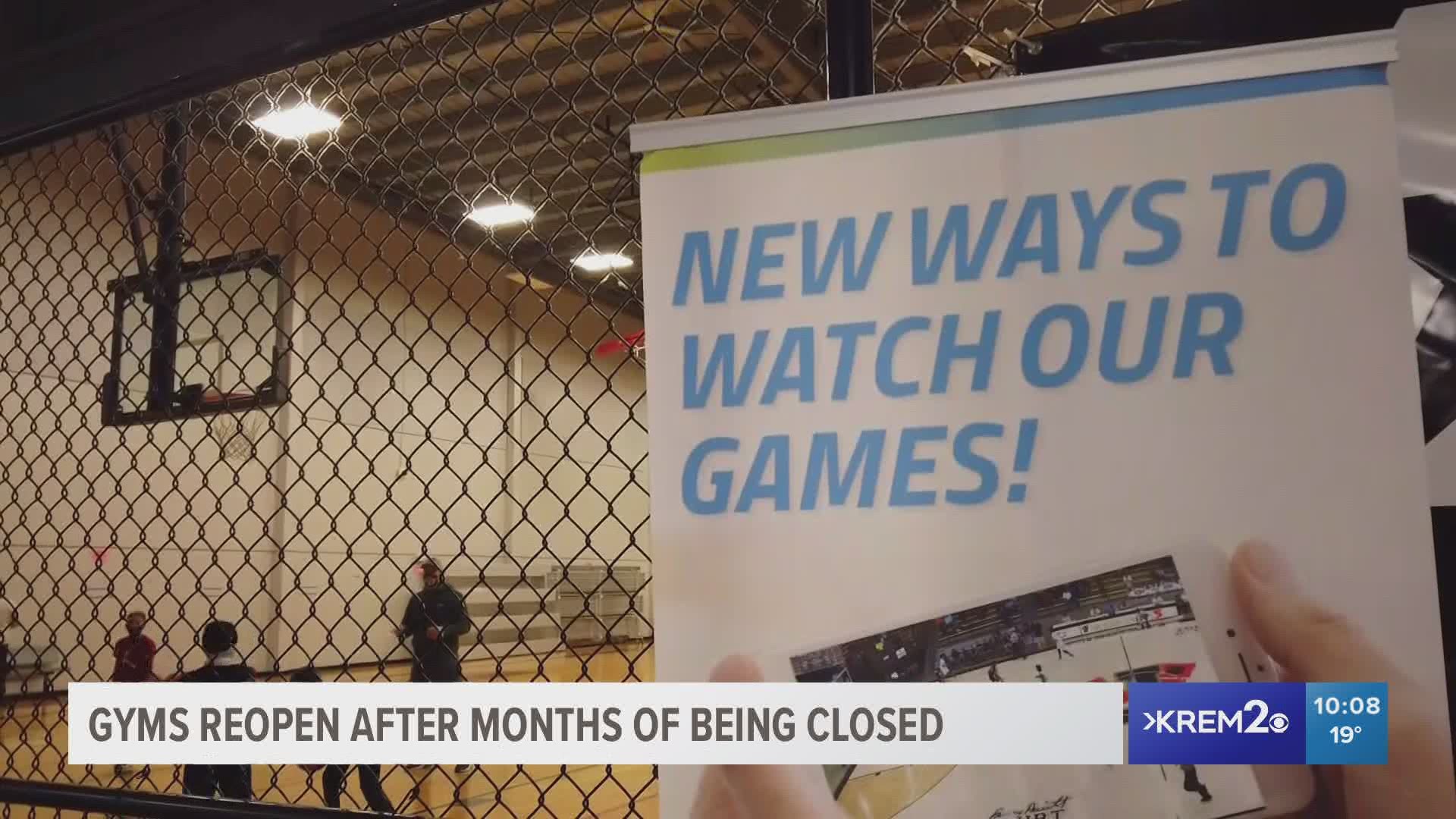 LIBERTY LAKE, Wash. — All regions in Washington are now in Phase 2, which means gyms in Spokane can open their doors after nearly 3 months since the last shutdown.

Hub Sports Center is known for hosting local tournaments and games in Liberty Lake. Throughout Phase 1, they weren't allowed to operate.

Phil Champlin is the executive director for the center. He said while it’s not where they want to be long term, it is a step in the right direction.

“When Phase 2 was announced on Thursday, our phone started to ring off the hook,” Champlin said.

Under Phase 2, Hub is allowed to have 200 people in their building. That's 7% of what they can normally hold. Players must also wear masks while inside.

Moderate and low-risk sports like volleyball can begin hosting games this weekend at the facility. Basketball and other sports deemed high-risk are now allowed to practice as a team, but it’s still unclear when games can resume.

The volleyball matches this weekend will be some of the first competitions held in Washington since March of last year.

“They’ve been in perpetual training mode since we could start back up in June of last year until we had to shut down again in November,” Champlin said. "Talking to parents, coaches, and kids. They so craved and wanted the ability to play."

While they welcome more athletes back, Champlin said they remain excited for the day when even more games can return.

Regions could be moved back to Phase 1 if COVID-19 health metrics start going in the wrong direction. Under state guidelines, regions must still meet three out of the four following requirements in two weeks:

The next reassessment and phase announcement will come on Feb. 25. If a region meets two or fewer metrics after two weeks, it would return to Phase 1 the following Monday.

RELATED: The Podium could bring millions to Spokane's tourism industry

RELATED: Phase 2 reopening in Spokane: What's allowed and which businesses can reopen

RELATED: Where are Phases 3 and 4 of Washington's reopening plan? Here's what we know