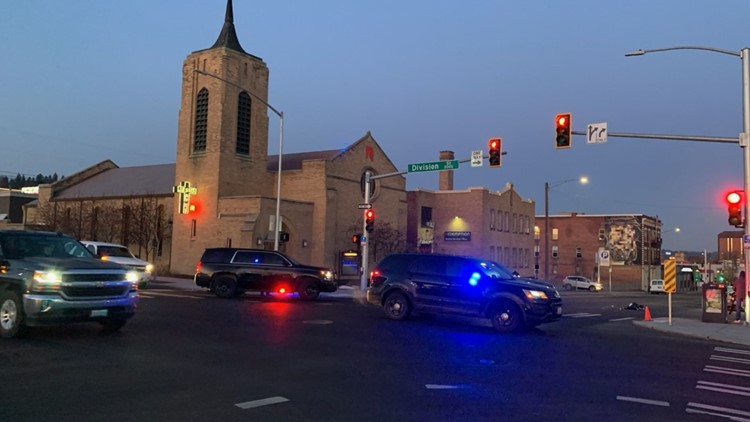 SPOKANE, Wash. — Roads in downtown Spokane have reopened on Thursday morning after they were closed for a hit-and-run investigation.

Second street is reopen between Division and Browne after it was closed briefly this morning due to a hit and run investigation.

Spokane Police say they got a call around 6:09 a.m. that there was a person down on Second Street between Division and Browne.

A Good Samaritan took the individual to a local hospital. That person has serious but is expected to survive.

Spokane police say they aren't releasing a description of the car at this time, but they are asking anyone who may have witnessed the incident this morning to call Crime Check with tips at 509-456-2233.

This is a developing story. It will be updated.

RELATED: 'He bounced over me three times': Hayden hit-and-run victim recalls being run over