Jerry Warren was in corridor five of the building. After the attack, he continued to help rescue people throughout the day. 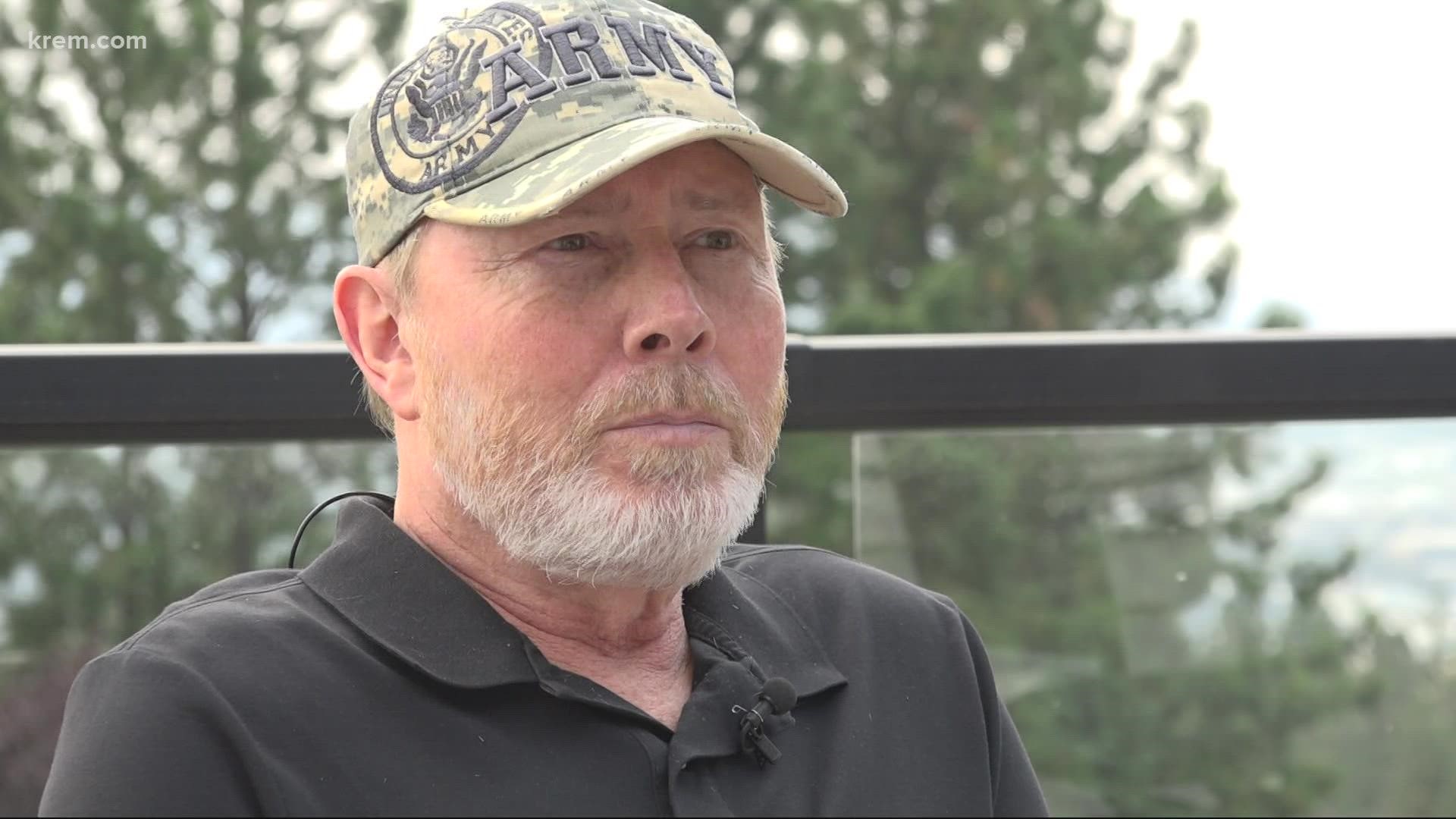 SPOKANE, Wash. — Washington native and retired Army Master Sergeant Jerry Warren served at the Pentagon for 18 years. On the morning of September 11th, 2001, Warren was in corridor five of the building waiting for his computer class to begin.

“Before the class started, there were people not showing up,” Warren said. “We had no idea that tower one and even been hit. And so a person came in the classroom at about 9:15 and said, you won't believe it tower two's been hit as well. So we all, I got on CNN on my computer, and everybody huddled around, we're looking at it and going, what the heck is going on?”

Minutes later, another building was hit. This time it was the very building he was sitting in: the Pentagon.

“About 9:37, all sudden, a big huge jolt like, like a major tremor earthquake kind of thing,” Warren said. "When the plane hit the building, and we had no idea that's what happened.

Master Sergeant Warren took action, telling his classmates to hide under their desks until it was safe to leave the room.

“I just, through other training I’ve had, you sort of took charge and started making things happen,” Warren said. “Safety things, like the door closed, everybody under a desk because they had no idea what was going on.”

Luckily, Warren had been working at the Pentagon for some time and knew his way around the building, even with it collapsing around him.

“I went and found a way out for us to go,” Warren said. “I had worked in that section of the building years earlier. So I knew where I was but how are you going to get where you think you can go? I came and go everybody and had everybody hold hands and, you know, follow me out of the building kind of thing. Then after that, got them across, there’s a highway there, highway 27. Got them across that highway behind the bridge. Then at that point, you go back because there are other people you need to help.”

That’s exactly what he did. Master Sergeant Warren spent the rest of the day working to assist with recovery efforts.

“Whether it was setting up a triage tent,” Warren said. “Whether it was actually going and helping, you know, with a gurney or whatever, get into a helicopter. Whatever it was, I kept myself busy.”

Cell signals were down in the area, and Master Sergeant Warren was concerned his family would be worried about him. He finally was able to call his wife and let her know he was okay but it was hours before he would get a chance to leave the site of the attack.

"I went across to the hotel where I stayed at the Doubletree,” Warren said. "And that's where I found out, in the lobby there, with probably 500 other people. They had three big screens set up and everybody's watching those. And I walked in, coming up the escalator and I looked, and I didn't know what it was at the time but it was literally one of the towers crumbling. I had no idea that that had happened."

Warren says some of the strongest memories he has of that tragic day, is how everyone can together.

“That picture everybody’s seen, with the large flag coming down the side of the building, probably one of the few things I get emotional about that day,” Warren said. “Because at that moment, when that flag came down, it was like, everybody just sensed an extreme sense of purpose. And just, there was just this, I don’t know, just this confidence, that no matter what this is, and what this day brings, I can do it.”

In the days, weeks and months after the attacks, patriotism increased. People bought meals and wrote letters to servicemen and women, as thanks for their service. Now as we look back on the day 20 years later, Warren says it’s time for us all to show that same appreciation to the men and women who lost their lives that day.

"To me, it's, you know, just taking a moment to recognize the reality that people, I mean they had significant losses, but buildings can be replaced lives can’t,” Warren said.