Spokane Regional Health District leaders said on Wednesday that the restaurant voluntarily closed rather than health officials mandating its closure. 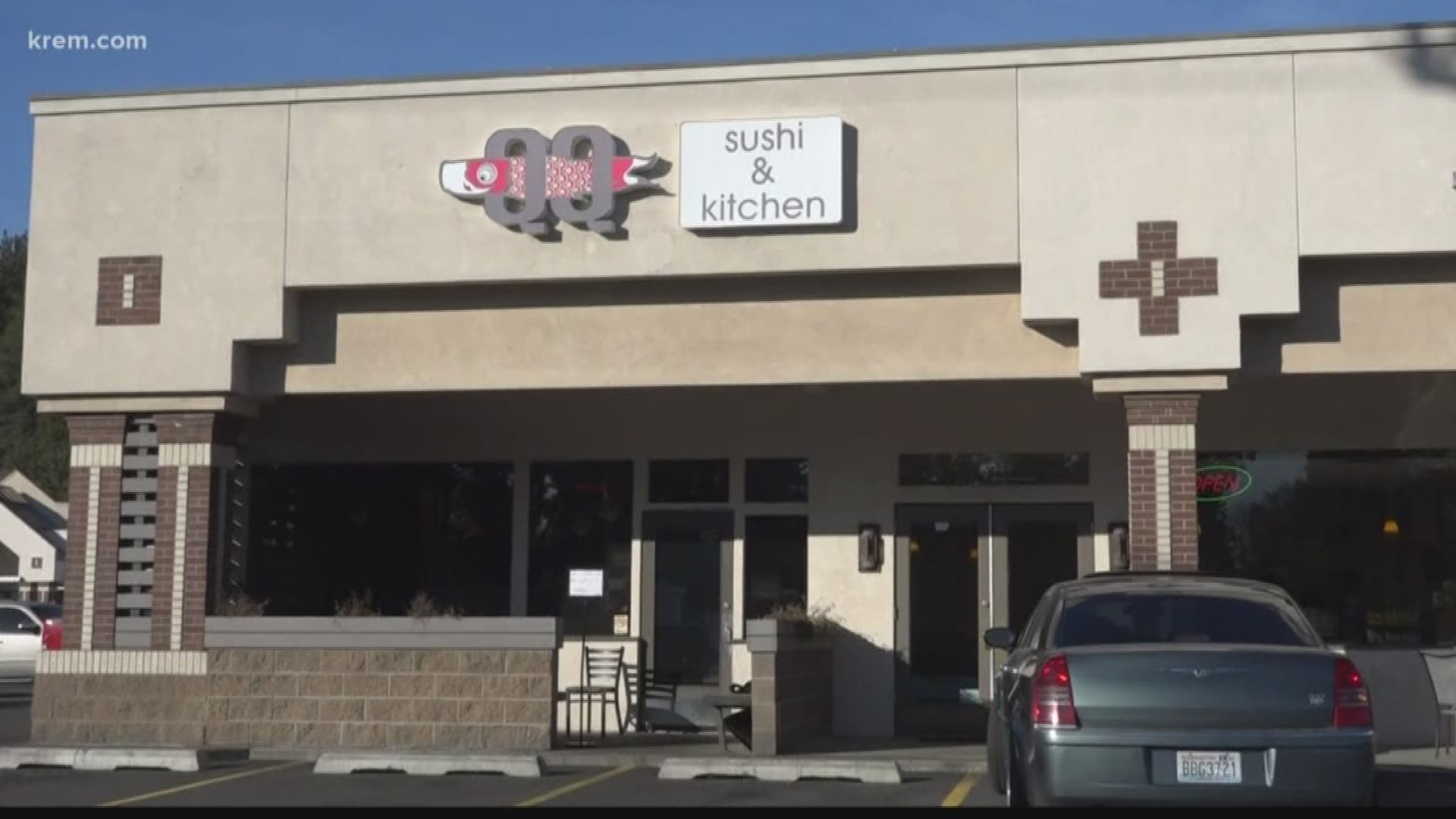 The owner of QQ Sushi, Bao Zhang, issued a statement regarding the incident Wednesday afternoon. He said the restaurant will reopen next week and he's replacing the entire kitchen staff and management because of the videos.

A person posted video on Sunday that they said was shot inside QQ Sushi on West Francis Avenue. The video shows someone preparing food in a large mixing bowl on the floor, then storing it under a shelf. The person who shot the video said it was a bowl of raw chicken and eggs, and it was not being chilled.

"I was deeply disturbed by what I saw on those video," Zhang said in a statement. "That does not accurately portray men and how I run my business. I have owned QQ Sushi for more than five years. We have thousands of good reviews online averaging 4 out of 5 stars and often have a line of people out the door. Our customers are like family to me, so I hope people know I'm taking this seriously and want to get back to serving the community with delicious food as I have for the past five years."

Zhang called the incident a learning experience for everyone and said he will make sure that his employees have a solid understanding of safe food handling practices going forward.

"I sincerely apologize for the distress this has caused our customers and the Spokane community. I usuually go to great lengths to ensure that we are serving the best quality food, made with the best ingredients in a safe environment. What we all witnessed is not acceptable and we are doing everything we can to make sure this never happens again," he said in the statement.

KREM's Amanda Roley, who was at QQ Sushi on Tuesday, said multiple people showed up to eat at the restaurant before leaving due to its closure. She added that Spokane Regional Health District leaders said an inspection must be done after a complaint is made but the owner of QQ Sushi has already taken steps to address food safety concerns at the restaurant.

Kelly Hawkins, a spokesperson for SRHD, said on Wednesday that the restaurant voluntarily closed rather than the health district mandating its closure. Inspectors visited the restaurant on Tuesday to address complaints but did not tell them to close.

"There was no sign of improper food storage while our inspectors were there. Therefore, we did not suspend their food permit," Hawkins said.

Zhang told Roley that he has worked in the restaurant business for 30 years and considers his employees family. He did not elaborate on why he fired the employees.

Ashley Mclean, one of the people who wanted to eat at QQ Sushi, said she hadn't seen the videos yet.

"I always thought their food was good. I never saw anything strange," Mclean said.

She also said she would probably go back to the restaurant after it reopened but that she would likely watch the videos.

Roley also reached out to Zhang's lawyer on Tuesday, who did not provide comment.

QQ Sushi posted on Facebook that they would be closed Monday before reopening on Tuesday. The post has since been deleted.

History of violations at QQ Sushi

Zhang said on Tuesday that he would fix problems whenever health district officials found them in the past.