While most people want to put more fruits and vegetables on their plates, the study found that higher quality diets were associated with higher levels of food waste. 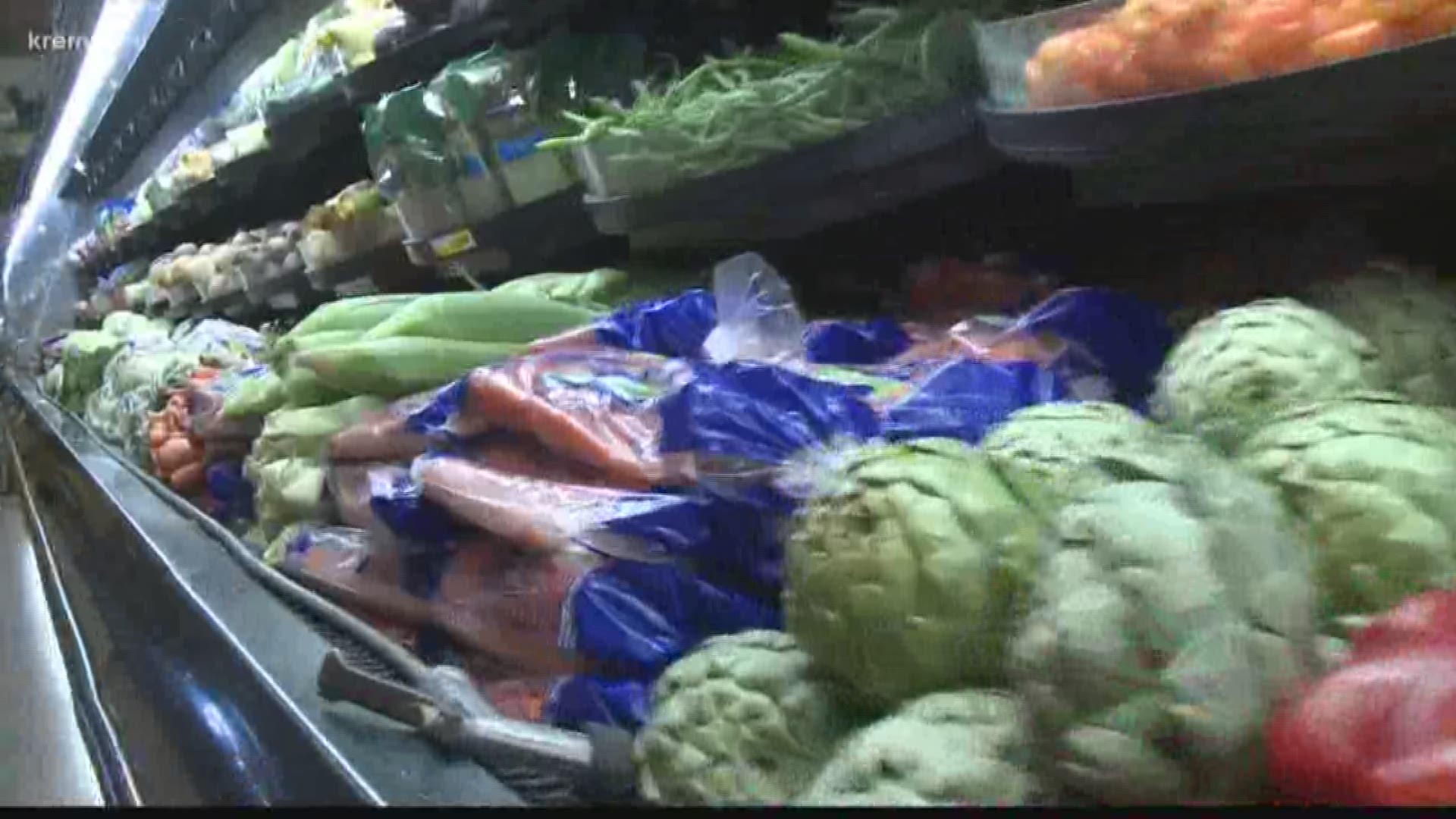 SPOKANE, Wash. -- According to a new study, published in PLOS ONE, the amount of wasted food equals roughly 30 percent of the average daily calories consumed for every American.

While most people want to put more fruits and vegetables on their plates, the study found that higher quality diets were associated with higher levels of food waste.

Fruits, vegetables and a mix of fruit and vegetable dishes were wasted the most out of the 22 food groups studied, followed by dairy, meat, and mixed meat dishes.

Researchers at The University of Vermont found that healthier diets used less cropland than lower quality diets, but wasted 4.2 trillion gallons of irrigation water each year. According to the National Parks Service, that is almost the same amount of water found in Oregon's Crater Lake that has 4.6 trillion gallons.

It is also not just about the water. Seven hundred and eighty million pounds of pesticide and almost two billion pounds of nitrogen fertilizer are also wasted each year. This is a significant cost to both the environment and farmers who produce food meant to be eaten, not thrown in a dumpster.

You are not off the hook from eating healthy. Even though low-quality diets may produce less food waste, they have no nutritional value and also have a negative effect on the environment.

The situation is not hopeless. The authors of the paper said the information found in this study is critical. It will help to enforce new policies, ranging from revising sell- by dates and labels for consistency, food planning and food preparation education.