Up until that point, McNally always considered himself a healthy guy. That was until a year ago, McNally's career and life took an unexpected turn after he had a stroke. 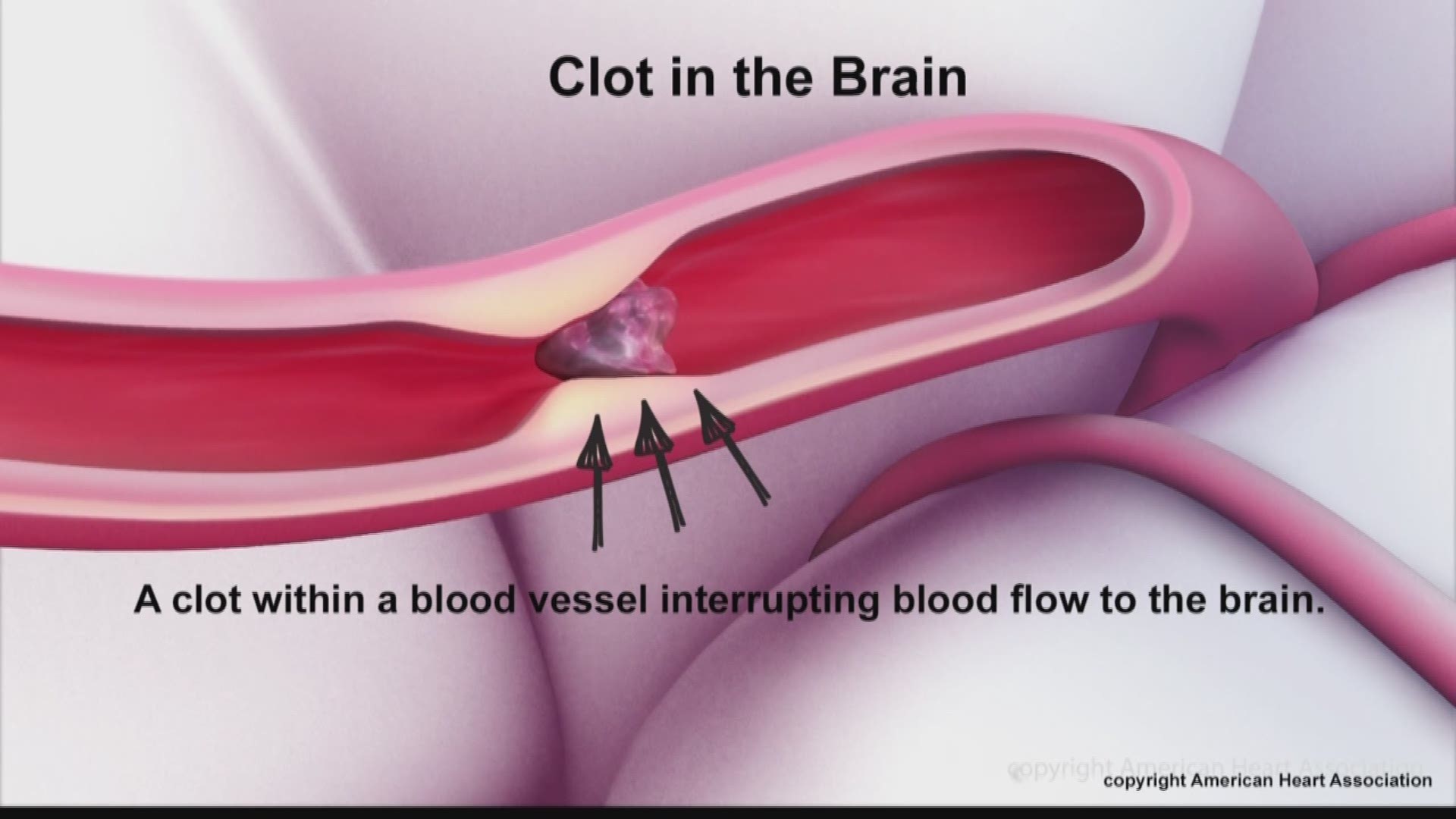 A stroke in your thirties is not something that you hear often, but doctors say it's not all that uncommon.

A local man sat down with KREM 2 to share his story.

Patrick McNally is a member of the Spokane Symphony and an adjunct music professor at Whitworth University.

A year ago, McNally's career and life took an unexpected turn.

“It was really unclear that I would be able to play music again, so that was a really scary moment," said McNally.

With his wife at home on maternity leave, McNally was getting ready to take his then, 7-year-old son Jack to school.

“I got out of the shower and half of my body was tingly and felt like it was asleep. And so I knew immediately that there was something wrong,” said McNally.

So 39-year-old McNally sat down and did what many people do these days, he Googled his symptoms.

“And it said that I was probably having a stroke and should call 911 immediately," said McNally.

He was not convinced he was having a stroke.

“I Googled it numerous times because clearly it was a very serious thing. In fact the medical professionals that came weren't entirely sure I was having a stroke at the time too,” said McNally.

Within minutes he was on his way to the hospital.

"Having to go to the ER in an ambulance was nothing I have ever experienced before, even close," McNally said.

After a series of tests at Sacred Heart Hospital, he was diagnosed with an ischemic stroke that was caused by a vertebral artery dissection. That meant he had a tear in the artery at the back of his neck that supplies blood to his brain.

Most injuries like this heal on their own. In cases like McNally's, the blood can build up and form a clot causing the artery to get thick and block blood flow to the head.

“It was an surreal experience. I think I was just focused on the moment and trying to come to grips with what is going on," said McNally.

Stroke used to rank fourth in leading causes of deaths in the U.S., now it's fifth. The American Stroke Association said higher survival rates are largely due to having the right care right away.

"The medical professionals that helped me, first of all, they were there so quickly. And I think that had a lot to do with the success of my recovery," said McNally.

McNally acted quickly so his doctors were able to treat him with TPA. This drug dissolves clots and can improve the chances of recovery if it is given within a three to four-and-a-half hour window from the first signs of a stroke.

“If you have any of these symptoms, so if your face is drooping, or your arm is weak, things like that then you really need to go and call 911 immediately. It is just so important, time is so important at that point," said McNally.

Up until that point, McNally always considered himself a healthy guy. Working with the American Heart Association and Stroke Association was not even close to his world view. In fact, he was still basking in the glory of hiking the Grand Canyon, rim to rim the summer before. It took four months of recovery, but he is back to playing music full-time.

“I have to decide what is 100% I guess because there are some issues here and there but overall I am doing what I would of done beforehand, so I can't complain too much," said McNally.

As time passes, he fears less and less that something like this will happen again; however, he doesn't forget how terrifying the experience was for him and his family. He said he wants to be an inspiration and resource for other patients.

"When I was in the hospital I found it difficult to relate in some ways to, my situation, they don't have to be young people but anyone who has a stroke and who has a potential disability they are going through. It is nice to hear other peoples experiences," said McNally.