Spokane City Council accepted a grant to begin studying the process of water fluoridation and possibly implement it by 2024. 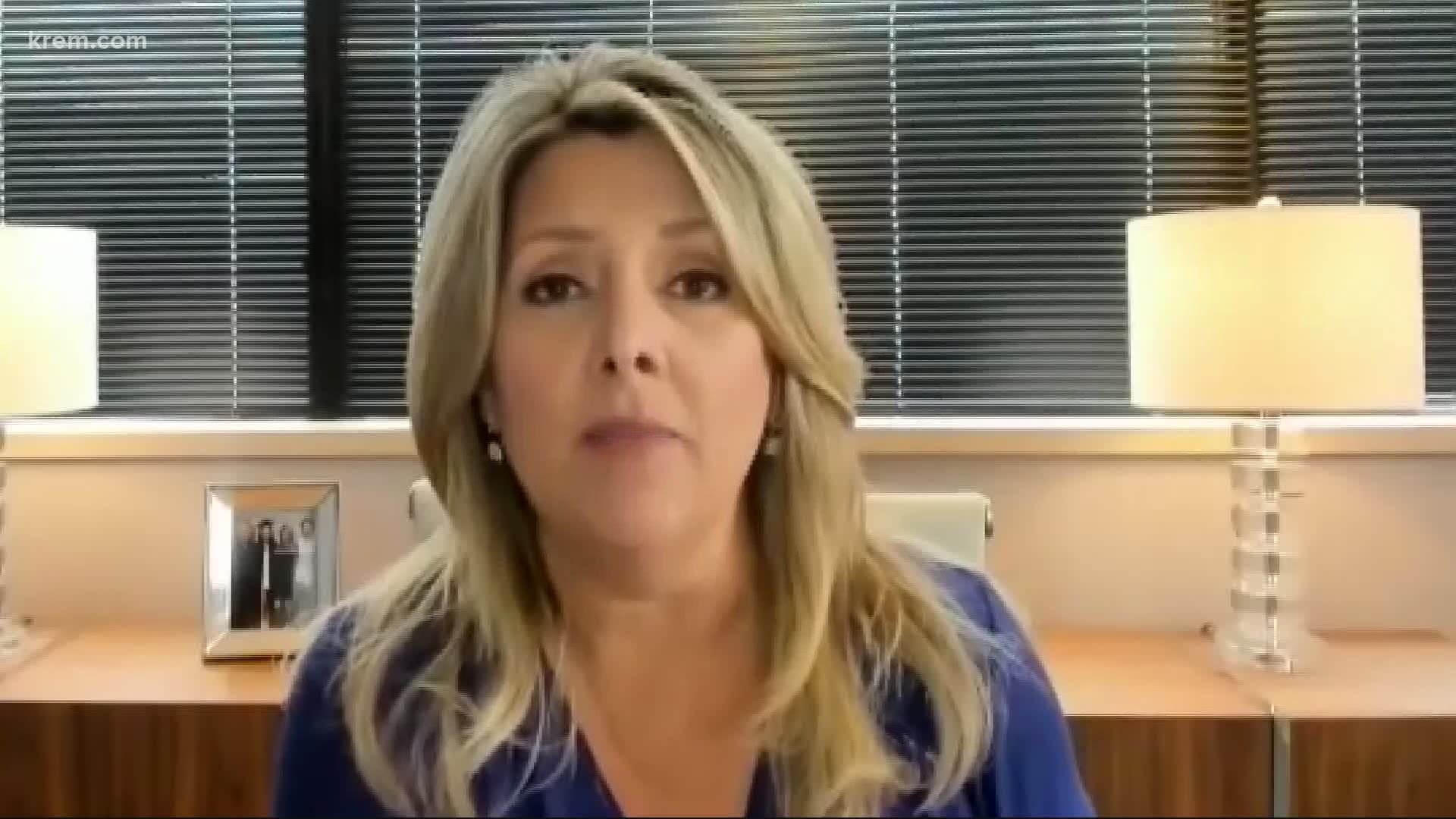 SPOKANE, Wash. — After Spokane City Council approved a grant agreement that kicks off the process to fluoridate the city's water, Mayor Nadine Woodward said she will continue to advocate for a public vote on the issue.

Fluoride is commonly added to drinking water by municipalities as a way to prevent tooth decay in its citizens. Spokane is currently the largest city in Washington that is not fluoridating its water.

At the end of a marathon city council meeting on Monday, members voted 6-1 to change that, approving a grant agreement that kicks off the fluoridation process, with full implementation possibly by 2024.

The meeting consisted of nearly four hours of public testimony, with the political process as much a topic debate as the idea of fluoridated water itself.

In both a Facebook post and tweet on Tuesday, Woodward wrote that city council's acceptance of a $4 million grant "puts the city on a path to fluoridation."

"Spokane’s City Council may have to deferred a public vote on fluoridation, but their acceptance of a $4 million grant to fund it puts the city on the path to fluoridation. The Spokane voters have been robbed of a PUBLIC VOTE!" her post reads in its entirety.

“I was encouraged that they deferred the vote indefinitely on fluoridating water. Bu the decision to receive or accept the grant, the $4 million, to look at implementing fluoridation of our water system is a bit out of sequence," Woodward said in an interview with KREM on Tuesday.

Woodward also told KREM that the city owes it to voters to put the issue of fluoridation on the ballot for a vote and she will continue to advocate for that action.

Originally, the proposal before city council consisted of two measures.

One, the grant agreement. Nonprofits offered the city $4 million for the fluoridation project. To access the money, the council had to approve a contract.

Two, an ordinance formally committing to fluoridation. It was classified as an "emergency ordinance," which cannot be vetoed and requires 5 out of 7 members vote yes. According to Council President Breean Beggs, ordinances related to financial contracts are frequently designated "emergency" to provide the other party with more security that their contract won't be dissolved later due to veto or referendum.

There was pushback to the emergency ordinance during several public forums and it turned out that it wasn't even required anyway. The council unanimously voted to table the ordinance early Monday afternoon.

"We don't actually need an ordinance in order to move forward on fluoridation," Beggs said. "We just need the money to do the feasibility study and the initial designs and implementation."

The move also reduced the level of urgency to complete implementation. The ordinance had a stricter timeline with less flexibility than does the final grant contract.

What the grant approval means for Spokane

Though the ordinance was tabled, the grant agreement was put up for a vote — and ultimately approved — on Monday night. That gives the city access to the $4 million. At first, that money will be used to study how best to execute the fluoridation process, how long it will take, and how much it will cost.

The studies would likely take about a year, after which — depending on their outcome — construction of the fluoridation system would likely begin. However, since the money will be available for four years, council members could move to delay that process, to an extent, if they decide they want more study.

"Essentially we would be on a path towards fluoridation unless four members of the council decide to go off the path," Beggs said.

Construction could take up to three years, with preliminary implementation beginning possibly in 2023 and full implementation most likely in 2024, according to Beggs.

The contract says fluoridation then must continue for at least 20 years. The council can decide to pull out of the deal at any time. But if they pull out before implementation, all spent grant money must be refunded to the nonprofits.

If they cease fluoridation before the 20-year period is up, they have to pay back part of the money. Each year of successful implementation reduces how much would theoretically be owed by 5 percent, meaning for instance if the city decided to stop fluoridating after 10 years, they would only owe back 50% of the grant money.

Woodward expressed concerns about the grant funding, saying there are "so many strings attached" and it holds the city hostage.

"There’s a serious obligation to this money," she added.

Those commitments concerned some local leaders.

"Not only are we bypassing the voters, but we're locking them into a long-term grant agreement that's going to be costly for us to back out of later on," said Council Member Michael Cathcart.

"In a way, it holds us hostage," Woodward said. "If we accept this money and make any changes and decide not to carry through, even over 20 years… there are so many strings attached to this. We have to be able to pay it back, and I have a problem with that."

Cathcart raised other concerns as well. He cited past studies done by the city's water department that suggest construction costs could actually be as much as $6 million. He was also concerned about provisions in the contract that require certain media releases regarding the project be run by the non-profits, saying such provisions threaten transparency.

The debate prompted more than a hundred citizens to testify in Monday night's council meeting, held virtually. Many were eager to get on with fluoridation and see its health benefits.

"Community water fluoridation is imperative to improving the health of our community, especially to health inequities," said one commenter. "Protecting members of our community who cannot afford fluoride treatments or frequent visits to the dentist."

Another recounted his personal experience with dental health, saying "when I was a teenager here in Spokane I was averaging no less than one cavity a year, and a requisite filling of course, until I was 18. This was a major point of pain and embarrassment for me growing up." He added the cavities reduced significantly after moving to cities with fluoridated water.

Equally as many did not want fluoride in the water and were especially upset that the issue isn't being put on the ballot.

"This betrayal and deception you are perpetrating on the citizens of Spokane will be a terrible legacy for this council," said one testifier.

"That contract is nowhere near ready to be signed. It is not a good contract for the city," another person said.

Of the $4 million, $3 million comes from the Arcora Foundation, a non-profit that promotes dental health and is funded by insurance company Delta Dental of Washington. The foundation issued a statement in support of the council's decision.

It reads in part  "Fluoridation is a cost-effective and equitable way to prevent disease. We will continue to work closely with local funders and partners, including those most impacted by preventable dental disease to advance health equity in Spokane through water fluoridation. This is an important first step, among many, that will be necessary to ensure fluoridation is implemented, leading to better oral health for everyone."