Council President Breean Beggs said the emergency ordinance was deemed unnecessary and the contract alone could begin the process of implementing fluoridation. 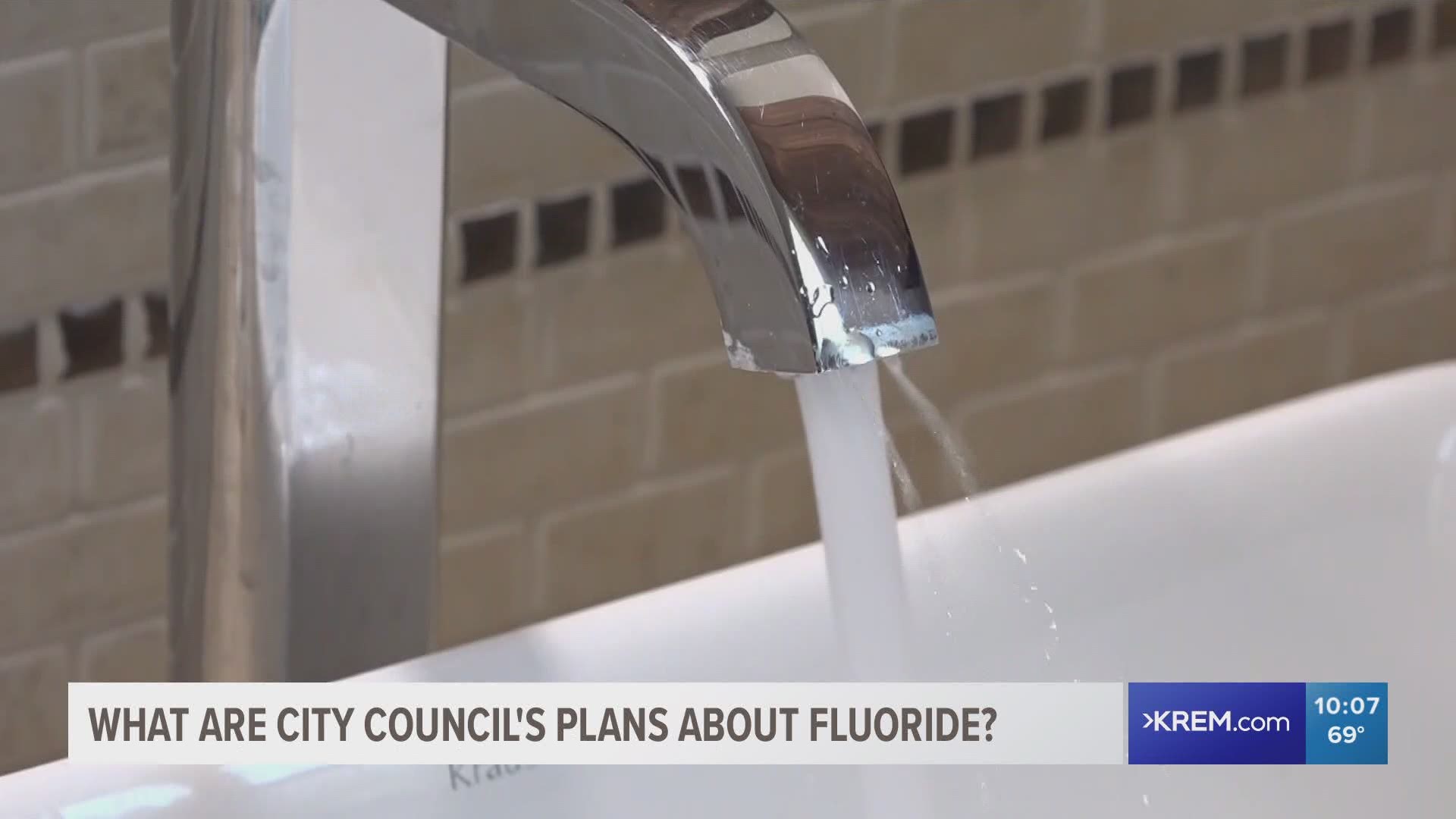 SPOKANE, Wash — Spokane remains the largest city in the state of Washington to not add extra fluoride to its drinking water.

A vote on the issue was expected Monday. However, the Spokane City Council has now deferred a vote on the emergency ordinance indefinitely.

According to Council President Breean Beggs, the council will instead be voting on accepting the $4 million grant that would fund the project. He said the emergency ordinance was deemed unnecessary and the contract alone could begin the process of implementing fluoridation.

Beggs said because it is a contract the council is voting on, it only needs four yes votes to pass and it cannot be vetoed by the mayor.

If it passes, the next step would be figuring out how to add fluoride to Spokane's water, how long it would take and how much it would cost. The process could take at least a year before the city has answers to those questions.

Fluoride is commonly added to water in order to approve dental health, especially in children. But Spokane has resisted the additive for decades.

Last month, citing newly available funds and a surging awareness of public health, the council announced it would explore a plan to begin adding federally-recommended levels of fluoride to its water supply.

In the weeks since, city leaders have collected masses of feedback. The results of that feedback vary depending on who you ask.

"The emails and the phone calls and the letters that my office received, the majority don't want it in the water," said Mayor Nadine Woodward.

But as hotly debated as the issue of fluoride itself is, another source of debate is how this proposal is being executed.

"I think this needs to go to a public vote and I will carry out the will of the people. It's about process," said Woodward.

"All a vote would do is cost us a lot of money and it would not be binding. It would be an advisory vote. So we would be back right where we are, having to look at the science," Beggs said. "And any time you look at public health, you really want your elected leaders making decisions in a timely manner that protects the entire community."

Woodward has sharply criticized that decision, accusing the council of trying to tie fluoridation to the city's COVID-19 response. But Beggs says that's not what they're doing.

Part of the plan includes accepting $4 million in grant money from a non-profit that basically wants to pay for the fluoridation process.

"When it's a financial issue like that, and you're talking about accepting money from someone, they want it to be certain that you're actually going to do it. Not that the mayor might veto it, and then an override, or referendums," said Beggs.

Woodward also argues the council is simply moving too fast. Her administration sent a memo outlining the ways in which a fluoridation project could go over budget and take much longer than expected.

"I think it was important for the council to know that the costs are most likely more expensive than they realize," she said.

Beggs acknowledged that overruns do happen, but says there are vast economic benefits to improving public dental health.

"So if there's some more capital costs, we'll be able to recoup it in terms of the savings, easily," he said.

The vote on the contract is scheduled for Monday at 6 p.m. and is expected to have an hours-long phone-in public comment period. Those who wish to speak must sign up between 3 p.m. and 5:30 p.m.