Skip the bunny in the Easter basket this year, WSU veterinarians say

The Washington State Departments of Wildlife and Agriculture are warning of a fatal viral disease in domestic rabbits. 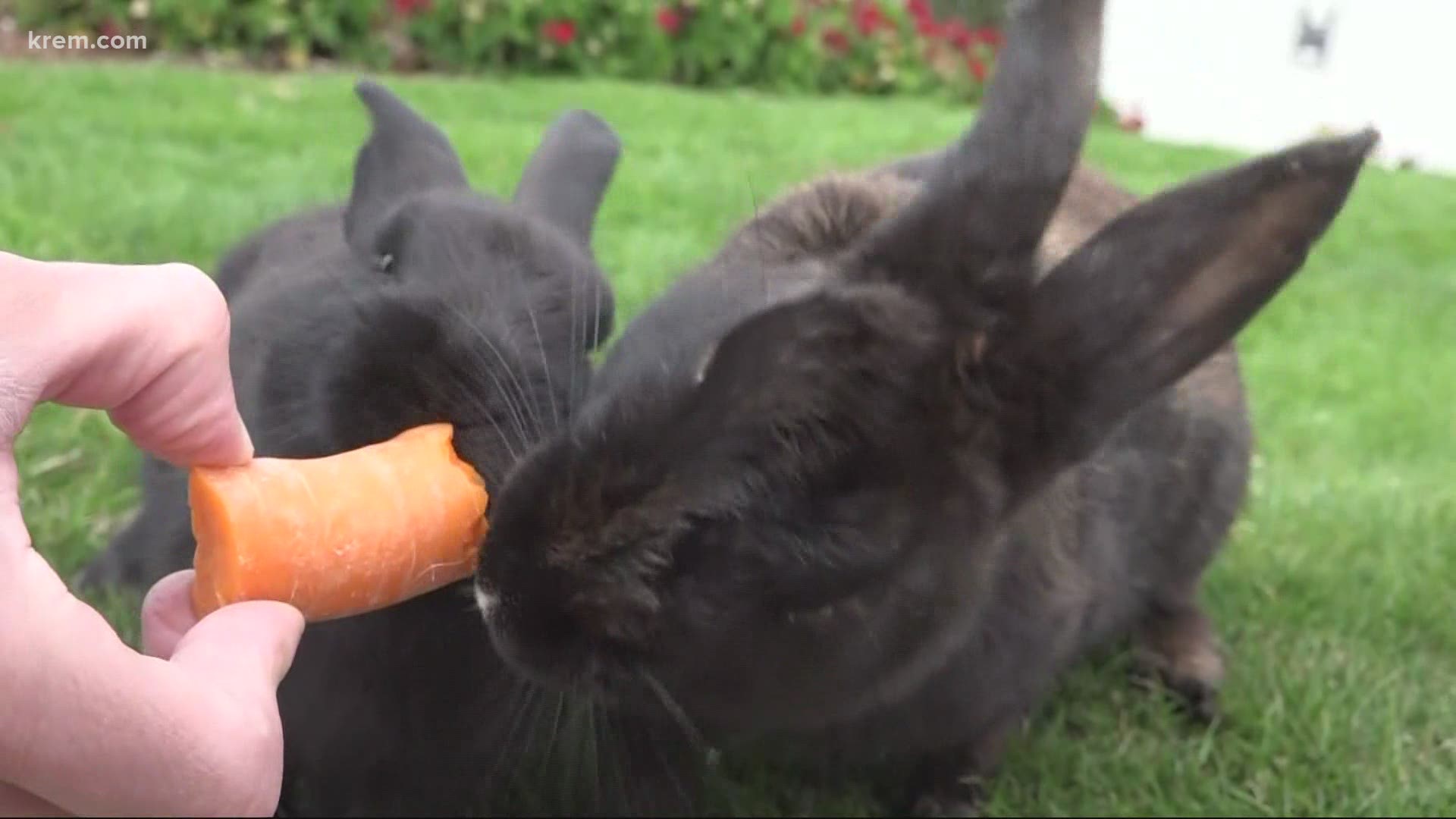 The warning comes as a new viral disease continues infecting wild rabbits across the country. Experts say the disease is being spread through domestic rabbits that are often given in Easter baskets this time of year.

Rabbit hemorrhagic disease is believed to have originated in European rabbits, and until last year it wasn't known to affect rabbits native to North America.

The virus causes sudden death in rabbits and can be spread from animal to animal. It can also be spread by fur.

"The virus cannot spread to other people and pets; however other animals and people can act as fomites,” said Dr. Marcie Logsdon, WSU exotics veterinarian.

A fomite is an object (such as a dish, doorknob or article of clothing) that may be contaminated and transmit an infectious disease.

“That is, they can carry virus particles from sick rabbits to healthy ones,” Dr. Logsdon said.

The disease was confirmed in feral rabbit populations on Washington’s state’s Orcas and San Juan Islands and Clallam County in 2019. It has not been confirmed anywhere else in the state.

"Every year bunnies are purchased as Easter gifts, and every year, many of those bunnies are released and become easy meals for nearby predators,” said Finch. “More importantly, domestic rabbits can spread disease that can harm wild rabbit populations.”

Since March of last year, the disease has been documented in Arizona, California, Colorado, Montana, Nevada, New Mexico, Texas, Utah and Wyoming.

What should you do if you already own a bunny?

While a vaccine for rabbit hemorrhagic disease exists, it's available at the Center for Bird and Exotic Animal Medicine in Bothell, Washington.

If you aren't up for the drive, here's what the WSDA recommends.

"Right now, if it helps keep them away from other animals, it’s a wise decision. It really could save your rabbit’s or some other rabbit’s life,” Finch said.

RELATED: What to know before putting your bird feeder back up in Washington