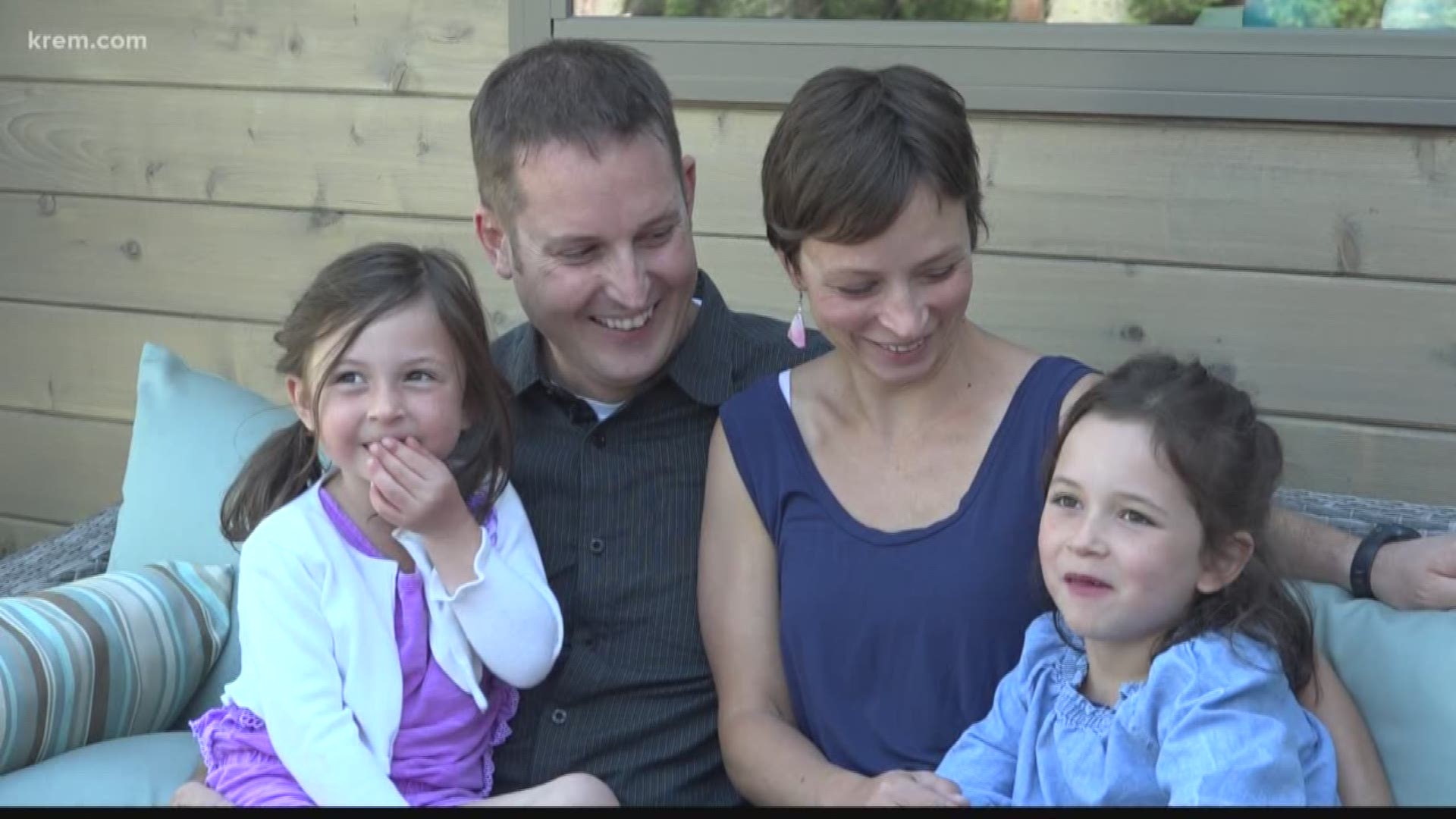 SPOKANE, Wash. — Summer of 2019 was about making memories for the Seyfert family – learning piano, backpacking and biking together. Brad Seyfert, a husband and father of two young girls, made the adventures a priority after having chest surgery.

During an elective scan of his heart, doctors found a mass on Seyfert's thymus.

"I mean it's scary, right? You find out you have a mass and then what does this mean to you? What does this mean for life? Dying? All that sort of thing. And then you're sitting there in 'pre-op' and you just don't know what to expect," said Seyfert, who is from North Idaho.

He got the mass removed at the beginning of summer by Dr. Jon Boyum, who is trained to perform chest surgery using a state-of-the-art robotic tool.

The tool has four arms moving in space, mimicking the exact movements Dr. Boyum does at a station just feet from the operating table. Using 3D visualization and finger clamps that mimic the pressure of using the tools by hand, he can remotely perform surgeries.

He said the surgery results are no different but recovery time is faster. Instead of completely opening a person's chest, the thin robotic arms reach into the chest through four small incisions.

"My incisions are probably an inch and there is just four of them," Seyfert said. "To me, cutting through the sternum and opening my chest up is way scarier than a robot."

Just two weeks after chest surgery, Seyfert was back to work and taking his girls on those aforementioned adventures. The family biked the Hiawatha trail and went on a backpacking trip through the Cabinet Mountains.

That bonding time was precious because Seyfert got another call from Dr. Boyum after the surgery.

"He said 'Hey, I've got some news for you. That cytology came back and it looks like it's lymphoma,'" Seyfert said.

That diagnosis was not easy to hear, especially for his daughters who are only 5 and 7 years old.

"Their grandma – about two years ago died of cancer. So then when they hear their dad has cancer – it's sad but we're getting through it," Seyfert said while holding back tears.

As of early September, Seyfert was two weeks into a four to six month stint of chemotherapy. His doctors told him the cure rates are high, so they are remaining hopeful throughout the process.

Looking back, Seyfert is thankful for those extra trips he got to do with his family thanks to his speedy recovery.

"I think there is a little value in suffering in that ultimately I will become a better person – to be a better husband and a better father," Seyfert said.