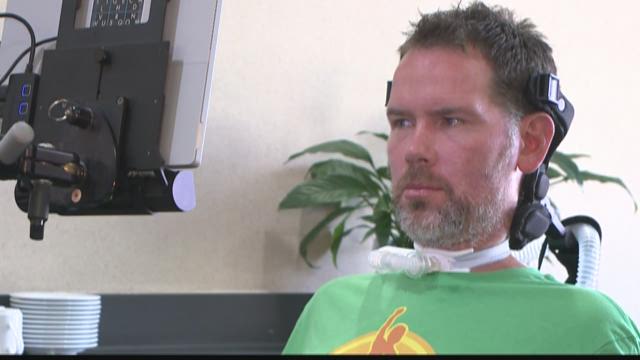 SPOKANE, Wash. -- Steve Gleason is back in the Inland Northwest and taking a look at how the region has shaped his life.

The Spokane native went to Gonzaga Preparatory School before moving on to Washington State University. He was a key member of the defense that led WSU to the 1997 Rose Bowl for the first time in 67 years. After WSU, Gleason played for the New Orleans Saints from 2000 to 2007.

Gleason was diagnosed with ALS in 2011. After his diagnosis, he said, "there will be no white flags." Since he was diagnosed, he founded the Team Gleason Foundation and has raised awareness of ALS and millions of dollars to fund research and technology.

KREM 2's Jane McCarthy sat down one-on-one with Gleason. He said where he grew up helped shape his future.

"The Northwest, the people and the region, have shaped me and helped me become the person I am today. It's nourishing to be here and I'm excited about the years that are ahead," Gleason said. "New Orleans is my home, but my blood flows with the mountains and rivers of the Northwest. New Orleans and Spokane are truly different in almost every possible way. but somehow I've found a way to fit in and love both of these amazing communities."

Gleason said that he and his family have been able to find happiness, despite the difficult battle against ALS. He said there is a unique challenge for people with ALS.

"As humans, our greatest strength is sharing our weakness with each other. This is a challenging yet powerful notion. So I think a good exercise for any human is to ask yourself: are you brave enough to be vulnerable? Are you tough enough to reveal your weaknesses? Do you have the courage to be imperfect?" Gleason said. "In the case of an ALS patient, do you have the courage to be wildly imperfect, at least from a physical standpoint? For most, that is some scary exploration. The uncharted territory of vulnerability. This is where we can discover and apply our purpose which makes us uniquely human."

He said there are some projects to help people with ALS coming in the near future, too, including making an eye drive system, making more seamless ways to communicate, better mobility and expanding eye tracking.

This weekend is Gleason Fest, a music festival inspired by Gleason. All proceeds benefit the Gleason Initiative Foundation to help provide services for people with ALS.

Gleason said, "Come out and have a beer with me at Gleason Fest this Saturday."

Gleason Fest is Saturday, August 12 at Riverfront Park in Spokane at 2 p.m. You can buy tickets here.