Tom Deutsch, who spent more than four decades in the long-term care industry, started the "It's Just Wallpaper" podcast to help families choose the right facility. 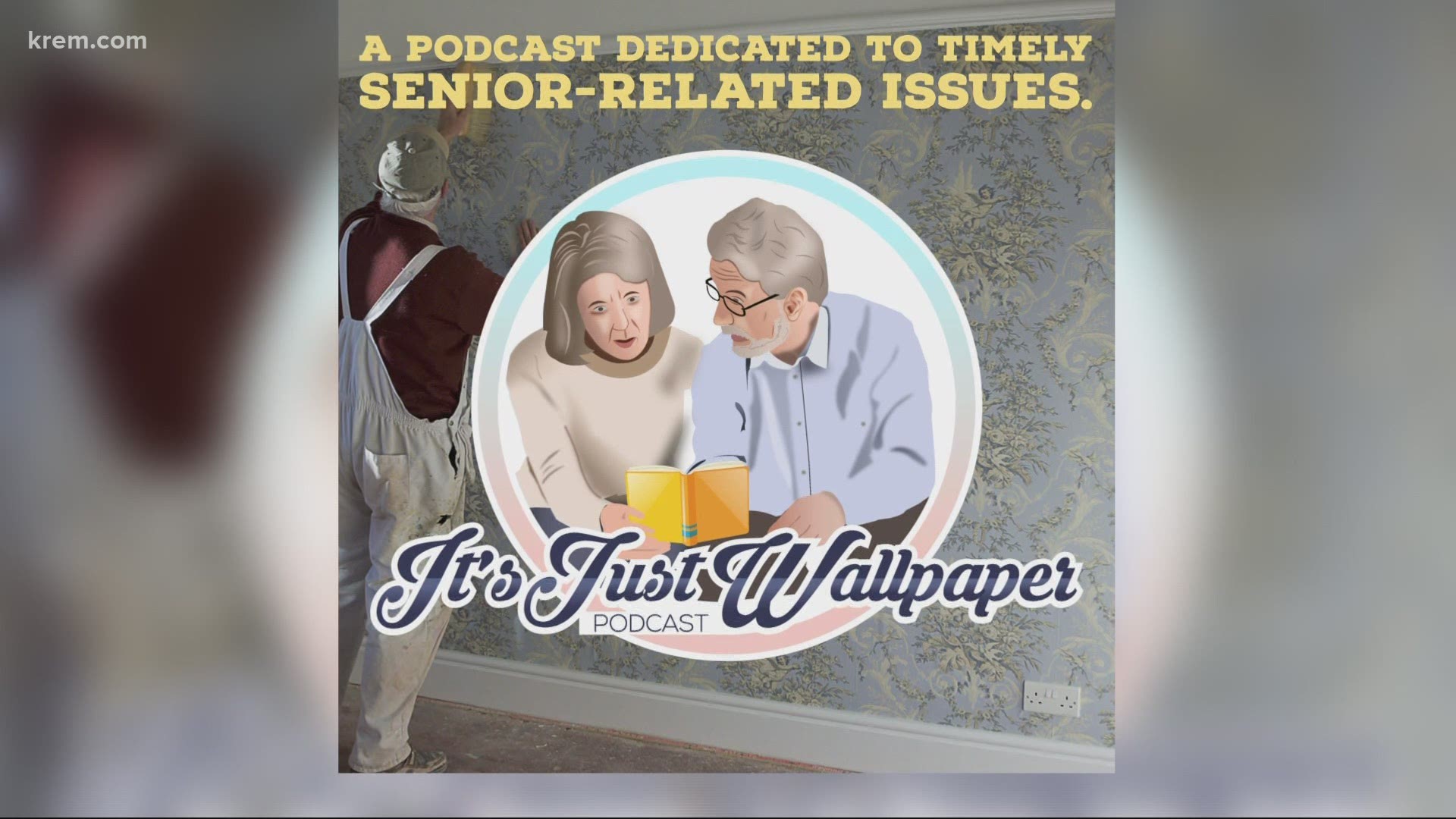 BONNER COUNTY, Idaho — A pair of North Idaho men have launched a podcast aimed at educating families considering placing a loved one into a long-term care facility.

The podcast initially began as a passion project from Rathdrum resident and former healthcare professional Tom Deutsch. Before retiring and moving to North Idaho, the 72-year-old worked for more than four decades in various aspects of the long-term care industry.

"I saw families and seniors making knee-jerk, uninformed decisions about aspects of their life that would be life-changing," said Deutsch of his experience working with care facilities.

In addition to working with retirement homes, hospice, and other facilities, Deutsch said he most recently worked as a guardian ad litem in Washington's court system. There, he advocated on behalf of seniors.

"I've seen family members virtually give their money away," said Deutsch regarding instances where families ended up making uneducated poor choices when placing a loved one in a long-term care facility.

Those experiences drove the former senior healthcare expert to create a podcast titled "It's Just Wallpaper."

The podcast's name comes from Deutsch witnessing families failing to look past superficial elements of long-term care facilities. Understanding what type of care the facility could provide, Deutsch explained, is far more important.

"[Families] would be overcome by the lobby, the furniture, the wallpaper. And not really understanding whether the facility could really meet their needs," he said.

Such errors and misjudgments could ultimately lead to extra costs, he argued, and what Deutsch calls "transfer trauma" associated with moving seniors from one care facility to another.

Deutsch initially had intentions of sharing his advice through an online blog, but was persuaded by a fellow member of Coeur d'Alene's Rotary Club to use an even more modern medium.

"The idea of creating a podcast to help senior citizens was just kind of a natural fit for us," said Rotary member and Coeur d'Alene resident Ed Bejarana, who now serves as Deutsch's producer.

"We kind of looked at 'It's Just Wallpaper' as a way to establish a connection with somebody who understands the problems they're going through, understands the marketplace they're dealing with in elder care," Bejarana said.

The pair have been recording the podcast at a studio in Coeur d'Alene. In addition to featuring insight from Deutsch, "It's Just Wallpaper" has featured interviews with other experts in the senior care field. Interview topics have included dementia, how to pick proper caregivers and avoiding common scams aimed at seniors.

"We just really have some fantastic experts that are sharing everything they know with our listeners," Bejarana explained.

"It's good to make the right decision the first time," said Deutsch of the podcast's intent. "Let's bring everything to the table, here. Let's really help people understand what's out there and what the resources are."

According to Deutsch, the podcast is not sponsored and is solely produced by himself and Bejarana. "It's Just Wallpaper" also fits into the Rotary's mission of helping others, the duo explained.

"I don't really want to do anything for a living, I just want to help people," said Bejarana.

"It's Just Wallpaper" is available to download via various podcasting apps, including Apple Podcasts, Google, and Spotify. As of Monday, 10 episodes were available and Bejarana said additional episodes will be released each week.