How doctors figured out woman's runny nose was a brain leak

After a revolving door of doctors and headaches associated with her problem, Kendra Jackson turned to the Ears Nose and Throat Specialists at Nebraska medicine. 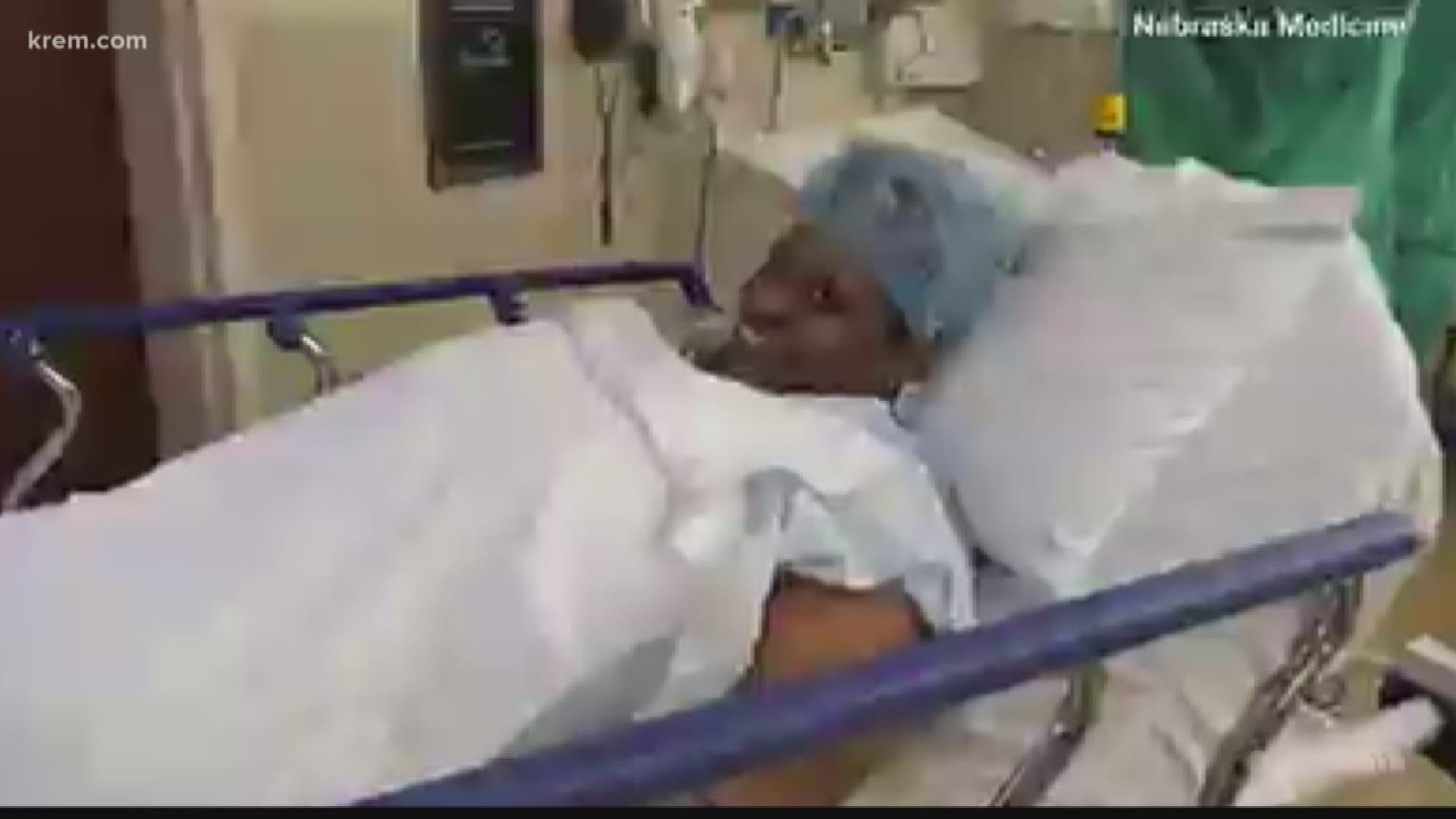 A Nebraska woman suffering with a chronically runny nose for the past two years recently discover the fluid was not caused by allergies or a years-long cold.

After a revolving door of doctors and headaches associated with her problem, Kendra Jackson turned to the Ears Nose and Throat Specialists at Nebraska medicine. Their physician assistant discovered that it was a condition much more serious than allergies or sinuses. Jackson had a cerebrospinal fluid leak, meaning the fluid that surrounds and protects the brain was leaking through a fracture, or crack in her skull, then dripping from her nose. A neurosurgeon was able to fix her potentially dangerous problem.

Before you worry too much, doctors said this is not common. Only one to 100,000 individuals can be affected with some version of this problem. If you are concerned that your symptoms are something more serious. Doctors warn that true cases can easily be misdiagnosed.

"More often than not it is mistaken for allergic nasal drainage," Professor and Chair of the Department of Laryngology at the University of Texas Dr. Vincente Resto said.

Specialists who are suspicious of a CSF leak will look for a specific type of runny nose.

"In a CSF leak although in theory you can present itself as drainage from both sides, more often than not, it does so as drainage from one side, that is certainly a key finding," Resto said.

They are also suspicious if the one-sided leak increases when you lift something heavy or put strain on the body. These symptoms still do not always mean you have a serious condition. Doctors will send the fluid out to a lab for more testing if you have experienced any head trauma, had a recent surgical procedure, an infection or an any event that could cause a fracture to the skull. This condition may be rare but doctors suggest seeing a doctor if over the counter medications are not helping your symptoms.

"Because it is something that we can generally have an impact and improve if its allergies, but critically if it is a unilateral drainage component, that's the setting where we would start to ask some of the more relevant questions," Resto said.

Then, doctors can be sure that a brain leak is not being missed.