Panhandle Health District and the Idaho Department of Environmental Quality have issued a public health advisory for the northern portions of the lake. 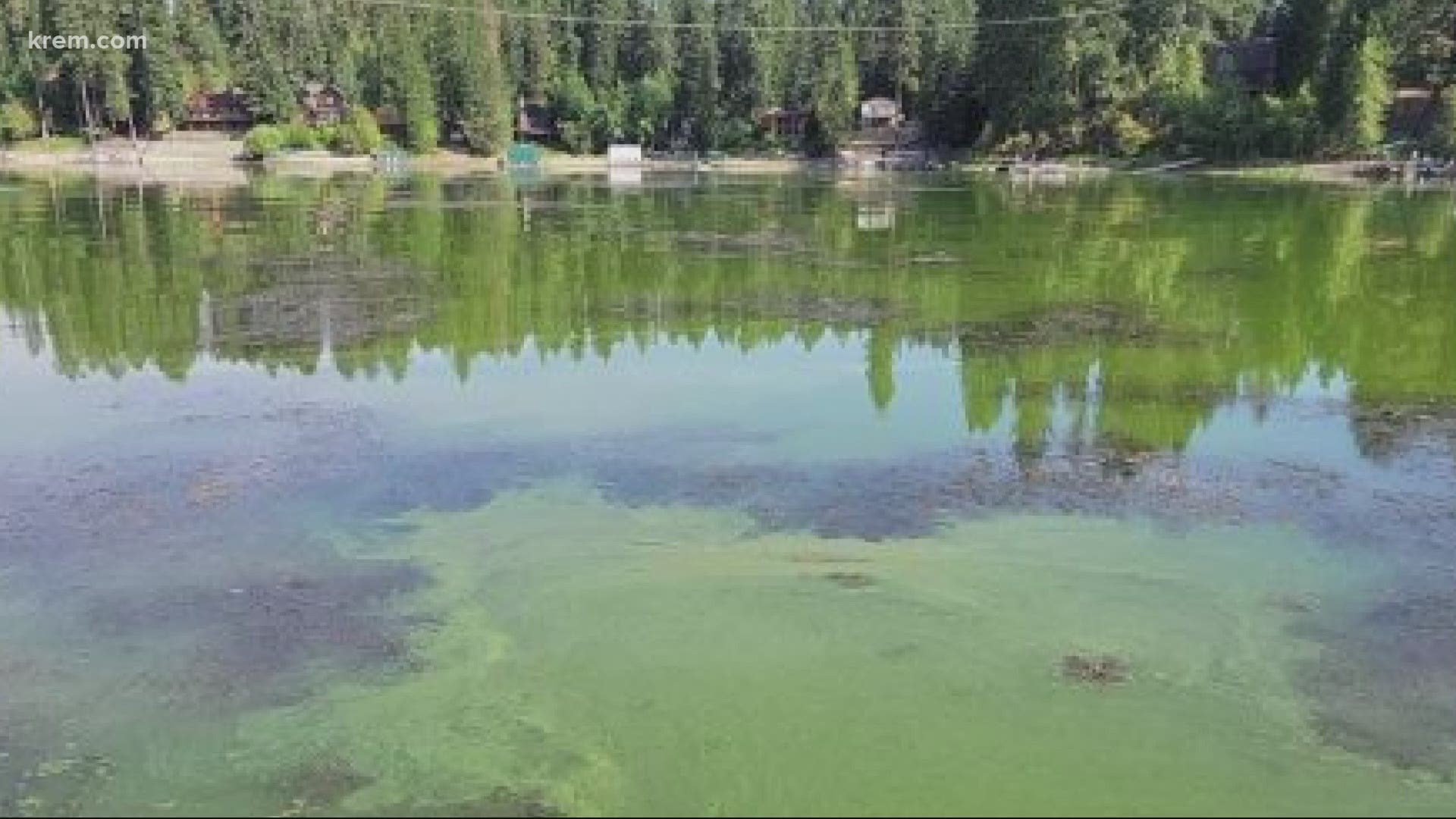 HAYDEN LAKE, Idaho — A public health advisory has been issued for the northern portion of Hayden Lake after the presence of blue-green algae was discovered.

According to a press release from the Panhandle Health District (PHD) and Idaho Department of Environmental Quality (DEQ), they are urging the public to use caution when recreating in or near the water. They said the presence of cyanobacteria, also known as a harmful algae bloom (HAB) or blue-green algae was found as far south as Chicken Point.

They advised lake visitors to look out for water that appears discolored or murky. The appearance of the HAB can be unsightly, often presenting as discolored water, streaks or globs of scum and causing thick green mats along lake shorelines.

If visitors have swam in the water containing a HAB, it is recommended to wash off with fresh water.

The PHD also advised that if people choose to eat fish from the lake, it is recommended that they remove all fat, skin and organs before cooking, since toxins are more likely to collect in those tissues.

Symptoms of exposure to algal toxins vary according to exposure. They include rashes, hives, diarrhea, vomiting, coughing, and/or wheezing. More severe symptoms affecting the liver and nervous system may result from ingestion of water. If symptoms persist, consult with your health care provider.

The algae is common to Washington and Idaho and it normally develops in the late summer and early fall because of warmer waters.

Also, instead of trying to induce vomiting in a dog, it is more effective to give the animal a protein, like some milk diluted with water.

Sign up for the KREM 2 News 2 Know newsletter, and never miss top stories for Spokane and North Idaho.