Doctors in Arizona are having success using the Herpes virus to attack aggressive cancers like Childs' stage-four melanoma. 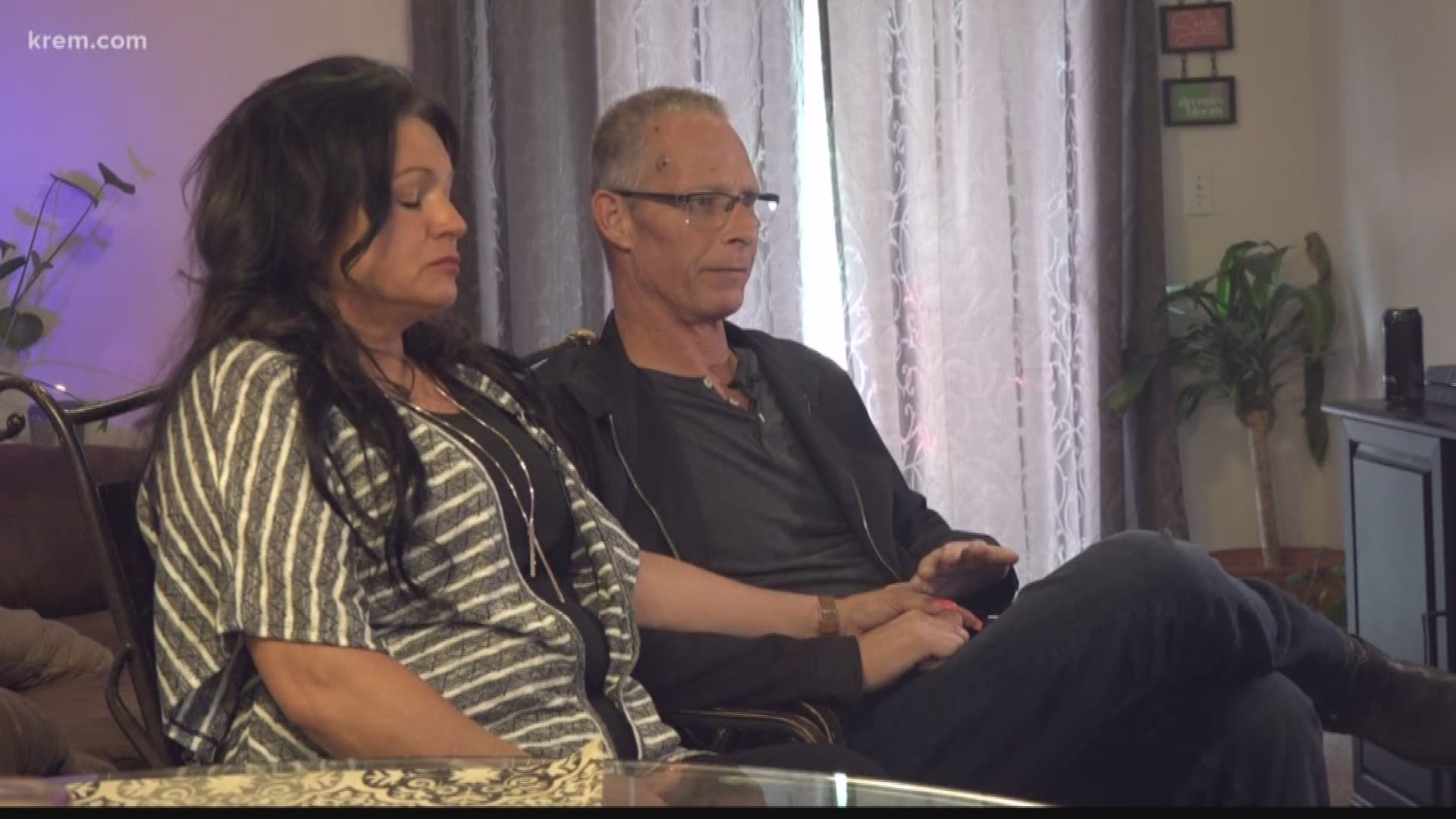 Doctors were able to remove the tumor, but they had to also remove his his eye. It was all worth it to Childs though – doctors declared him cancer-free.

Childs, 51, and his wife, Cindy, felt optimistic. They adjusted to Childs only having one eye and things started to feel normal again.

“We were getting through it ... I was getting used to one eye and everything,” Childs said.

But about a year later, Childs was back in the doctor’s office with some news that left him feeling hopeless – his cancer had returned. Cardiologists discovered a new mass in his left lung during a routine physical.

“I had to find a chair pretty quick," Childs said. "I had to sit down. It knocked me through a loop."

It only took three weeks for the cancer to spread throughout his body and into his brain.

Childs started traditional treatments in Utah, but nothing seemed to work.

“I did what I had to do – the infusions, I did everything they needed me to do at that point,” Childs said.

Then the worst news a cancer patient could hear – Childs was given six months to a year to live.

“We (were) thinking, how are we going to tell the kids? Or if we should,” Cindy said. “That was a really hard decision, but we ended up telling the kids because we felt like they needed to know. We kind of lost all hope for a minute.”

Despite the odds, the couple remained optimistic. They switched gears and started to look for other ways to attack the cancer. That’s when they discovered new treatments being offered in Arizona.

Childs reached out to The Cancer Centers of America and the treatment center had him and his wife on a flight for an appointment within a week.

Once in Arizona, they were introduced to Cancer Treatment Centers of America Oncologist Dr. Alan Tan and found that the technology at the treatment center was much different than what Childs was receiving in Utah – Tan was having success using the Herpes virus to attack aggressive cancers like Childs’ stage-four melanoma.

But it is not the same virus that's associated with a cold sore or as the sexually transmitted infection. The virus has been genetically modified and altered so it can safely be injected into a tumor and help the body attack the cancer cells.

The Herpes virus "T-VEC” treatment kills cancer in two ways – it stops the cancer from infecting healthy cells and kick starts the body's immune response against the harmful cells.

The immune system then develops an enhanced ability to detect and attack cancer throughout the body, similarly to what happens when you get exposed to chickenpox and you don't get chickenpox again.

The cells will remember that protein and destroy it the next time it shows up in the body.

The T-VEC treatment is currently being used to fight melanoma, but it is also in the trial phase for some other cancers, such as sarcoma, bladder, lymphoma, breast, pancreatic, rectal, head and neck and many solid tumors.

The side effects of T-VEC tend to be far milder than chemotherapy drugs with patients typically experiencing mild flu like symptoms after the first few injections.

So far, the T-VEC therapy has shrunk the tumor on the outside of Childs’ head and he is hoping that treatment will continue to help.

But it will not be an easy process – Tan said Childs has a very aggressive form of melanoma.

“It's not the skin type, it's the ocular or UV melanoma, and these traditionally do not respond to the modern day immunotherapy drugs,” Tan said. “I have hopes that he may have more benefit than others.”

Hope can be difficult to hold onto sometimes, but Tan said the odds are improving when it comes to some cancers.

“Ten years ago I would be able to offer very little. I can give you this, do that ... and that is probably comfort care,” Tan said. “Now I can tell people my intent is to cure. We may not always get there but we’re always going to have options down the line.”

Even though life looks a bit more promising now, Ken Childs said he knows he still has a long road ahead of him, but he is making the most of his time.

He and his wife left Utah and downsized to a motor home so they can travel and spend time with their kids and grandchildren, who live between Spokane and Post Falls.