Anytime Fitness Selah was found to be in violation of the state's reopening plan after multiple public complaints and a referral from the local health department. 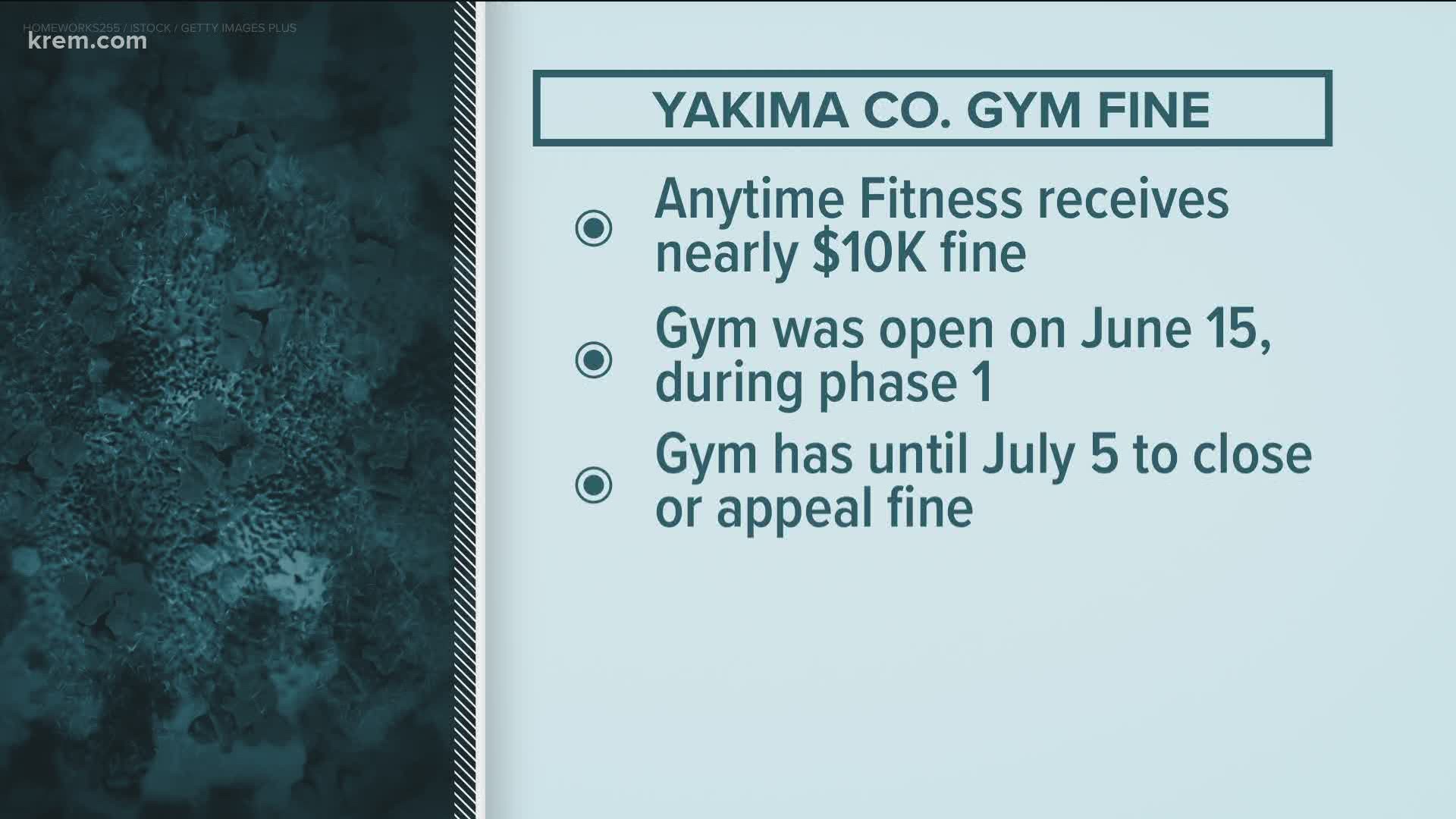 SELAH, Wash. — The Washington State Department of Labor and Industries has fined a Yakima County gym nearly $10,000 for operating in violation of the state's Safe Start reopening plan.

Washington L&I cited Bradshaw Development Inc., which owns Anytime Fitness in Selah, for being open on June 15, during which it should have been closed under Governor Jay Inslee's reopening plan.

The department said it inspected the business after receiving multiple public complaints along with a referral from the Yakima Health District advising that the fitness center was operating in violation of the order. Inspectors reported seeing multiple employees working and customers entering the business.

The business faces a fine of $9,639, according to a press release.

RELATED: 14,000-plus people in Spokane County could have COVID-19

L&I said state workers had contacted the fitness center multiple times to educate it about the order and to direct it to close before the inspection.

The department said that operating during Phase 1 in Yakima County exposed workers at the fitness center to "unacceptable risk of coronavirus exposure."

“Our primary focus is making sure employers do everything possible to prevent their workers from being exposed to the coronavirus,” L&I Director Joel Sacks said in a release. “In this case, Anytime Fitness Selah was clearly aware it was operating in defiance of the governor’s order and putting employees at risk. They chose to stay open even after multiple contacts with L&I."

Sacks also said it was unfair for Anytime Fitness to remain open when other businesses were following the rules and staying closed.

Anytime Fitness Selah has until July 5 to close, or 15 working days to appeal the citation, according to a release.

RELATED: Increasing number of COVID-19 cases in Spokane County from community spread: What we know today

RELATED: Spokane mayor, others hold off on push for Phase 3 as COVID-19 cases spike