This is how bad the coronavirus outbreak is in Yakima County

Yakima County is the only one in Washington state that's still entirely stuck in Phase 1 of reopening. And things aren't getting better. 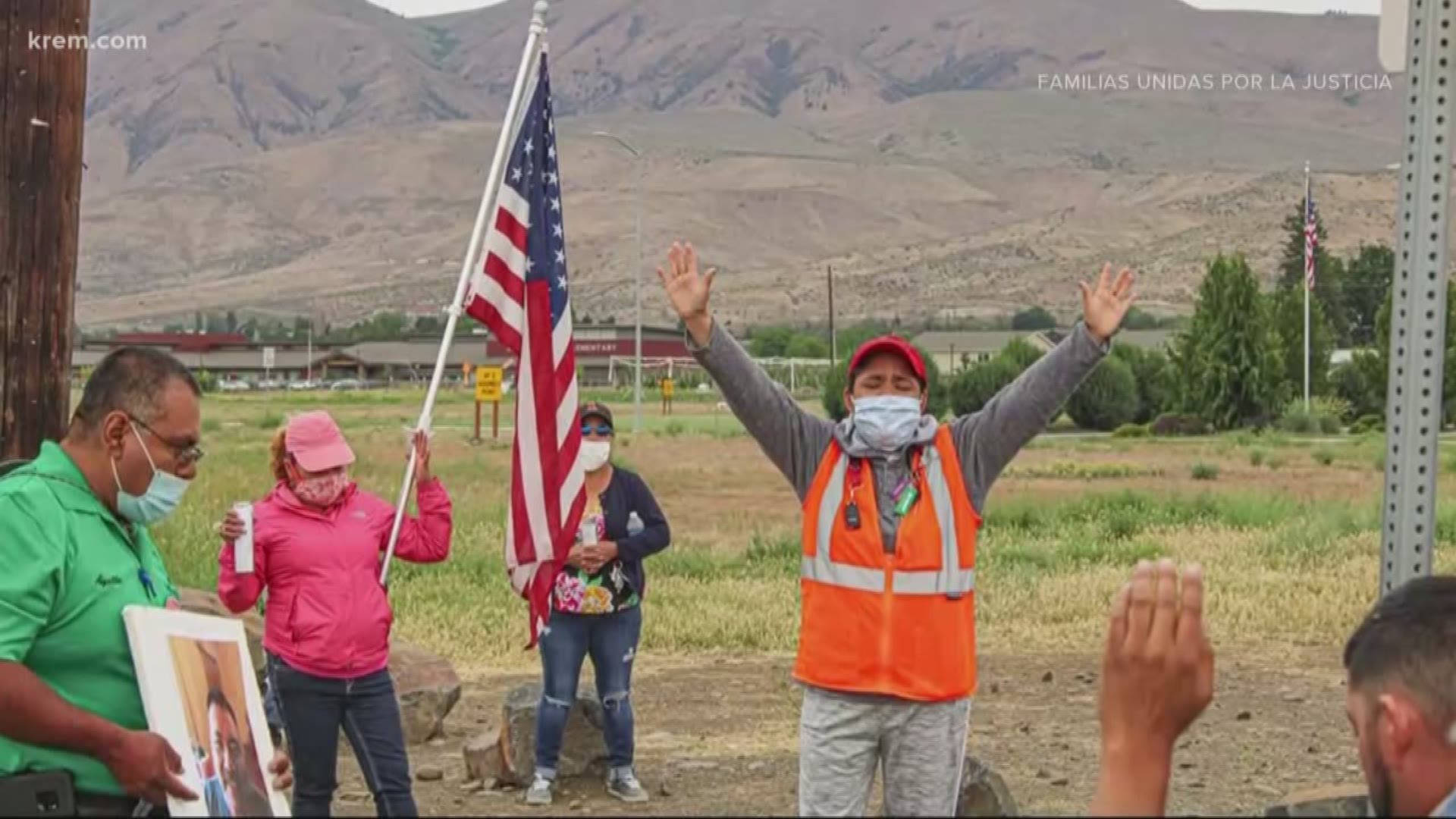 YAKIMA, Wash. — Saying it was his first trip since the start of the coronavirus pandemic, Washington Gov. Jay Inslee traveled to Yakima County on Tuesday to address the region's severe COVID-19 outbreak.

He met with local leaders and held a press conference, where he had some blunt words, calling the county the current "epicenter" of the virus.

"The fact of the matter is we just have to up our game. Our current game is not in the winning column," he said.

Yakima County has 250,000 residents, but has recorded 5,830 cases of COVID-19 as of Tuesday. That's the second-highest total in the state after the much larger King County.

According to the Yakima Health District, about 20% of those with the virus are white while 52.3% are Hispanic or Latino.

Since the outbreak began in Yakima County, 113 people have died. Forty-eight people remain hospitalized and eight are in intubated.

In Spokane County, which is also larger than Yakima, 37 people have died out of 860 total cases and 12 people remain hospitalized.

Additionally, 26.1% of coronavirus tests in Yakima County have come back positive, compared to the statewide average of 5.6 percent.

Yakima County is still the only one in the entire state completely stuck in Phase 1 of reopening. And things aren't getting better there.

"Every week they show us what the curve will look like if something doesn’t change, and for Yakima Valley, it is terrifying," Inslee said. "Because that curve...goes up just as dramatically as it was in March."

So what happened? How did things get so bad?

One unique problem in Yakima County is the amount of agriculture and food processing. A huge percentage of workers in the valley are considered essential, meaning staying at home is less common.

"This is the place where our food comes from, and it is necessary to have food on our tables for survival," Inslee said. "The agricultural industry is a very challenging environment."

Many in the industry have already expressed serious problems with their working conditions, even going on strike.

So what’s being done?

On the agricultural side, Inslee cites a three-pronged strategy of hygiene, spacing, and what he calls "cohorts." That's the concept of having people who need to work close together only do so with the same small group of people.

"So if there is an infection it’s only in a smaller cohort, not hundreds of people," Inslee said. "That’s a new strategy, and we think it has every possibility of success.

For the rest of the population, the governor said they must double down on social distancing, testing, contact tracing, and above all else, mask use.

Inslee said that right now, compliance re mask-wearing isn’t at a high enough level, but that it’s trending in the right direction.

"It’s kind of like cigarettes or seatbelts," he said. "Behavior has changed. "

Given the severity of the disease in the region, Inslee gave no timetable on when it may reopen. 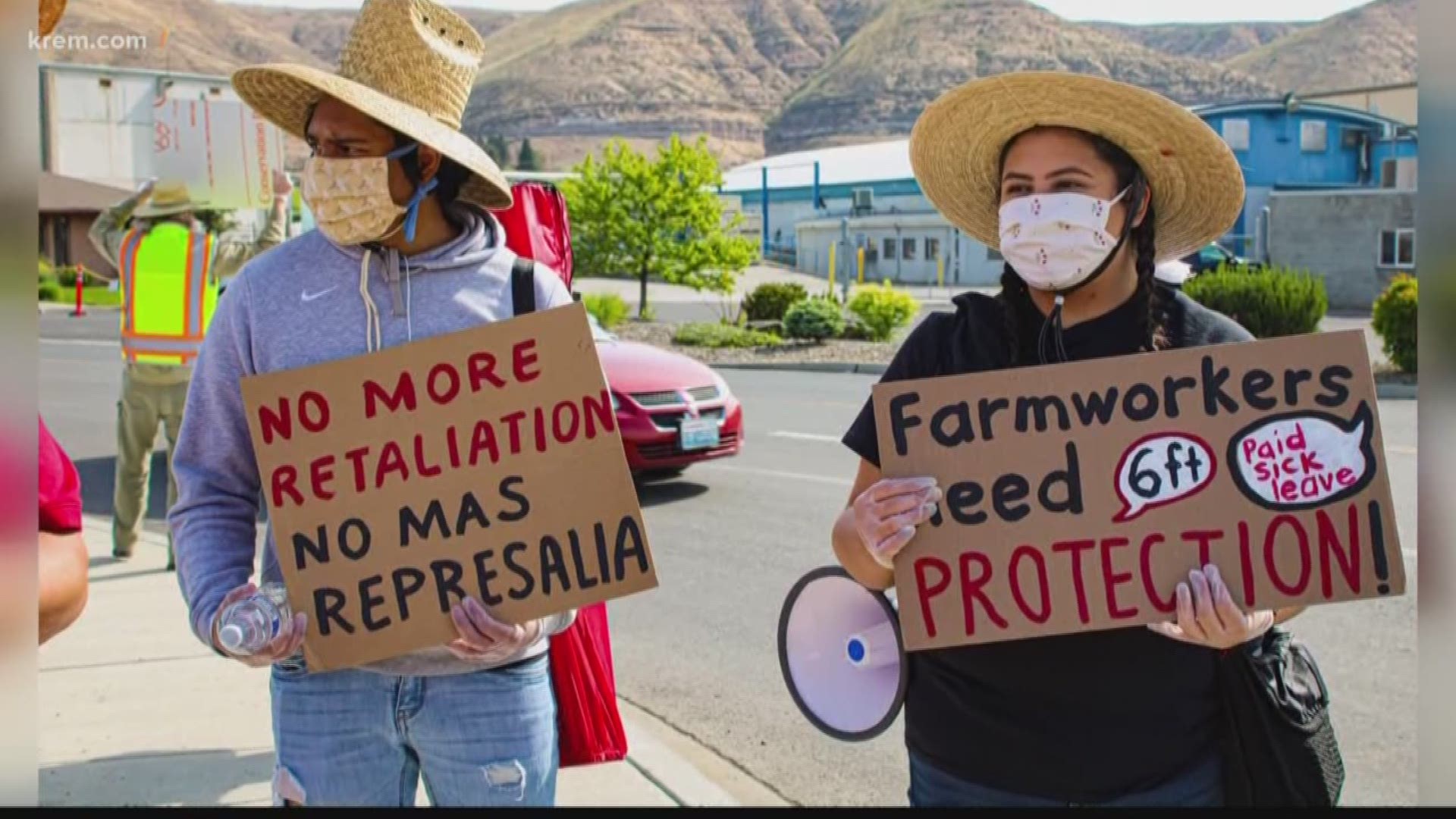