WSU Cougar football returns Saturday: Here's what it's going to look like

The college has COVID-19 guidelines in place to help keep everyone safe throughout Labor Day Weekend. 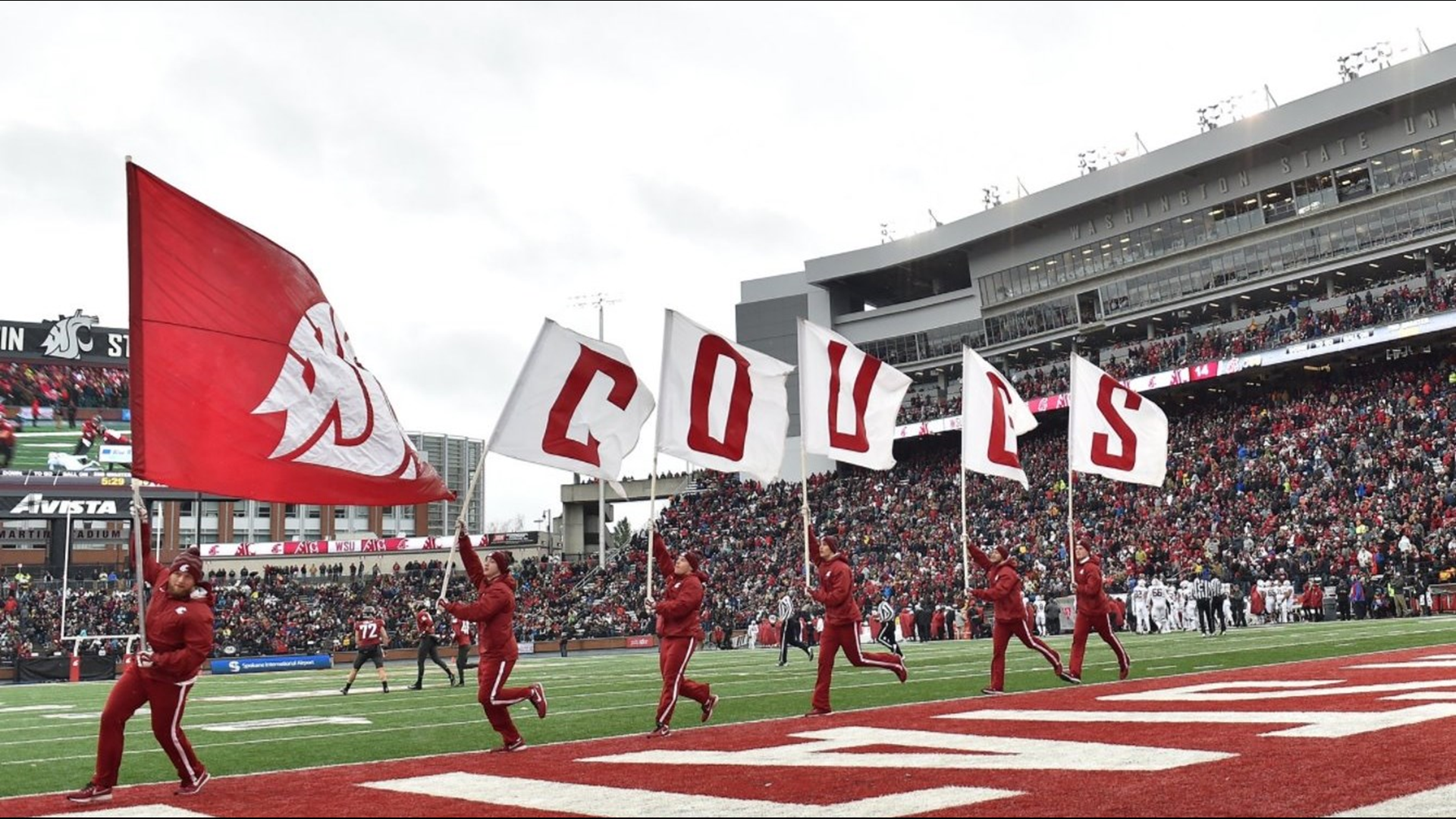 PULLMAN, Wash. — Washington State University is hosting its first football game of the season Saturday night. The Cougs face off against the Utah State Aggies at 8 p.m., exciting fans around the region for the return of college football.

It's officially fall in Pullman. It has been nearly two years since Cougar football fans were allowed in the stadium, but for the first time since the COVID-19 pandemic began, tens of thousands will be cheering on the team.

No fans were allowed in the Martin Stadium last season, so this is the first time some students will get to see their team play in person.

I've been in Pullman all day working on two different stories. Both are in all @KREM2 shows today.

- Cougar football is back! I talk to @WSUPullman about what game day will look like.

- Students are "creeped out" by a man roaming tailgates. I explain who the man says he is. pic.twitter.com/8gg5qHEfpv

Anyone who is not vaccinated is required to wear a mask when they are on campus, Weiler said. WSU is also requiring masks in indoor spaces, like at the Hollingbery Fieldhouse, whether vaccinated or not. The suite level hallways, coaches club and press level also follow the same guidelines.

"It's important to us that people keep themselves safe, because we'll have a large group of people gathering, and the last thing we want to do is to have anyone get sick," he added.

He is expecting a "very full crowd." If you are outside in the stadium and you are vaccinated, you don't have to wear a mask. Anyone vaccinated can always wear a mask if they feel uncomfortable, he said.

"We're trying to communicate to fans is, if you're feeling sick, if you wake up on Saturday and you're just not feeling well, skip the game and watch it on television," he said. "It's important that if people are feeling ill they stay home, make sure they're not interacting with large groups of people."

However, WSU will not be requiring proof of vaccination.

"I think everyone agrees the past year and a half was tough," he added. "This is a season that lots and lots of people love for a very good reason. Our hope is that these new students can make those same kinds of fall afternoon football memories that many of us have had over the years. I think it's going to be a great experience for those students.

"I know the student-athletes are prepared. They have been working really hard for this weekend. [They're] looking forward to them being on the field and everybody being able to get back to enjoying the collegiate experience like it was intended."