Why Spokane entertainment venues will be lit up red on Tuesday

The event is designed to put pressure on Congress to aid the live events industry with the passage of the RESTART Act. 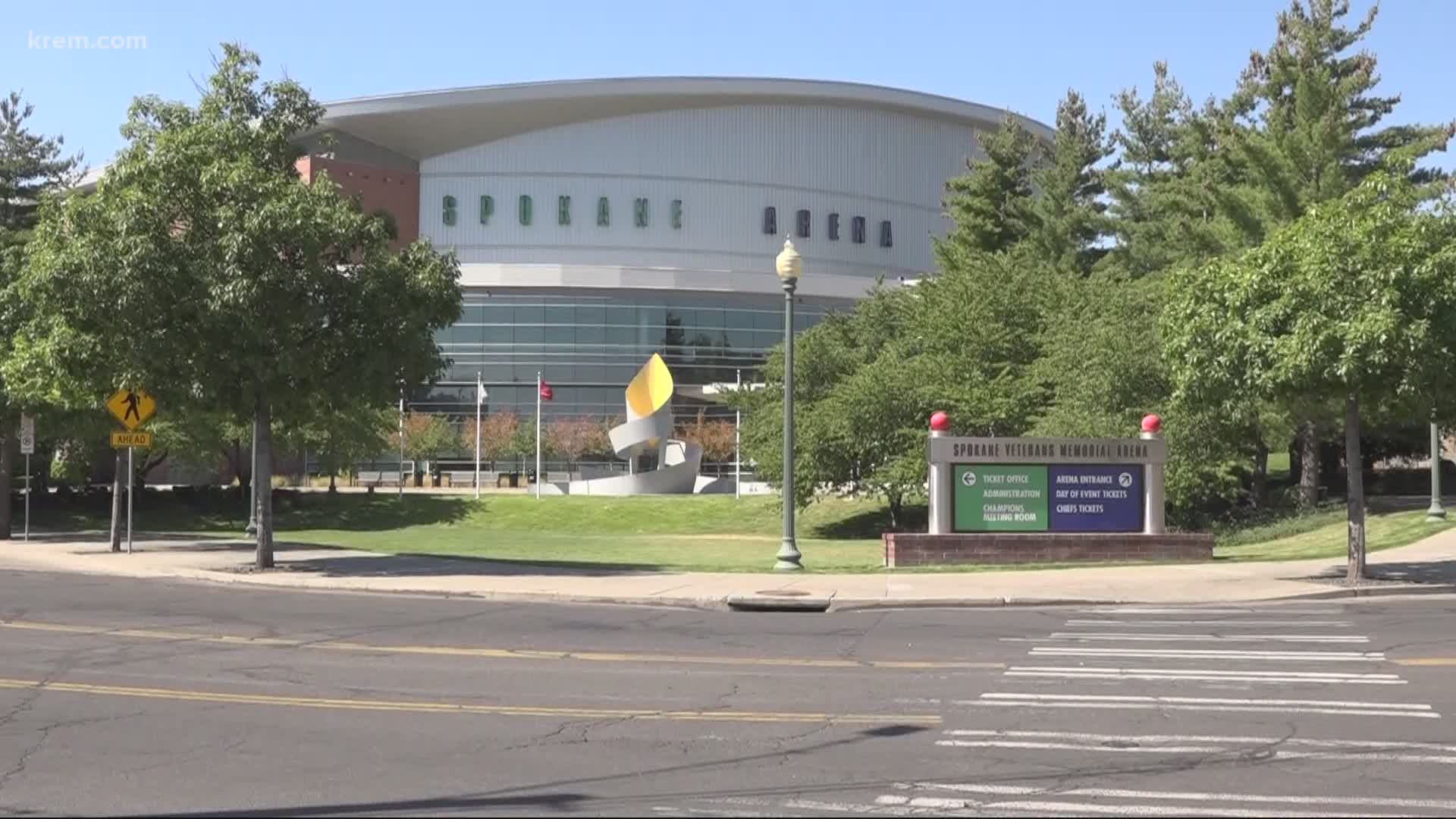 SPOKANE, Wash — Spokane venues will be lighting up red Tuesday to bring attention to the live events industry that has been greatly impacted by the coronavirus pandemic.

According to the Spokane Public Facilities District, this is part of a nationwide event called #RedAlertRESTART. The event is designed to put pressure on Congress to aid the live events industry with the passage of the RESTART Act.

The RESTART Act proposes to fill the gaps left by the Payroll Protection Program in order to provide relief for industries whose expenses exceed the payroll restrictions put in place by PPP. The bill is led by senators Todd Young (R-IN) and Michael Bennet (D-CO) in the Senate and representatives Jared Golden (D-ME) and Mike Kelly (R-PA) in the House.

SPFD leaders said the red-light takeover is organized by WeMakeEvents North America. They said the live events industry employs more than 12 million people and 77% of those people have lost their entire income due to COVID-19.

The Spokane Arena, First Interstate Center for the Arts, Spokane Convention Center, the Knitting Factory, Whitworth’s Cowles Auditorium, the Fox, the Centennial Hotel and the Grand Hotel have faced significant financial difficulties as events were canceled and venues closed, according to SPFD.

SPFD leaders said the closure of these local venues resulted in $6.7 million loss in revenue and impacted more than 29,000 jobs in the area.

Before COVID-19, Martin Woldson Theater at the Fox employed about 34 full time employees and 150 part time employees. With its doors closed for nearly six months, it's down to a skeleton crew of 12.

"I think that our government needs to hear that we have a number of employees that are basically out of work and don't have a chance to get back to work anytime soon," Fox Theater General Manager Brian Ritter said.

He said the Fox books about 120 events throughout the year. After having to cancel events for the last six months, Ritter said the theater is seeing no revenue at all.

"We need additional support from our government," Ritter said.

People who would like to support local venues can use #RedAlertRESTART to share photos of their favorite live events on social media.

More information on the event is available here.