About 170 ferry crossings were canceled system-wide Friday, and it comes after days of disruptions for Washington State Ferries. 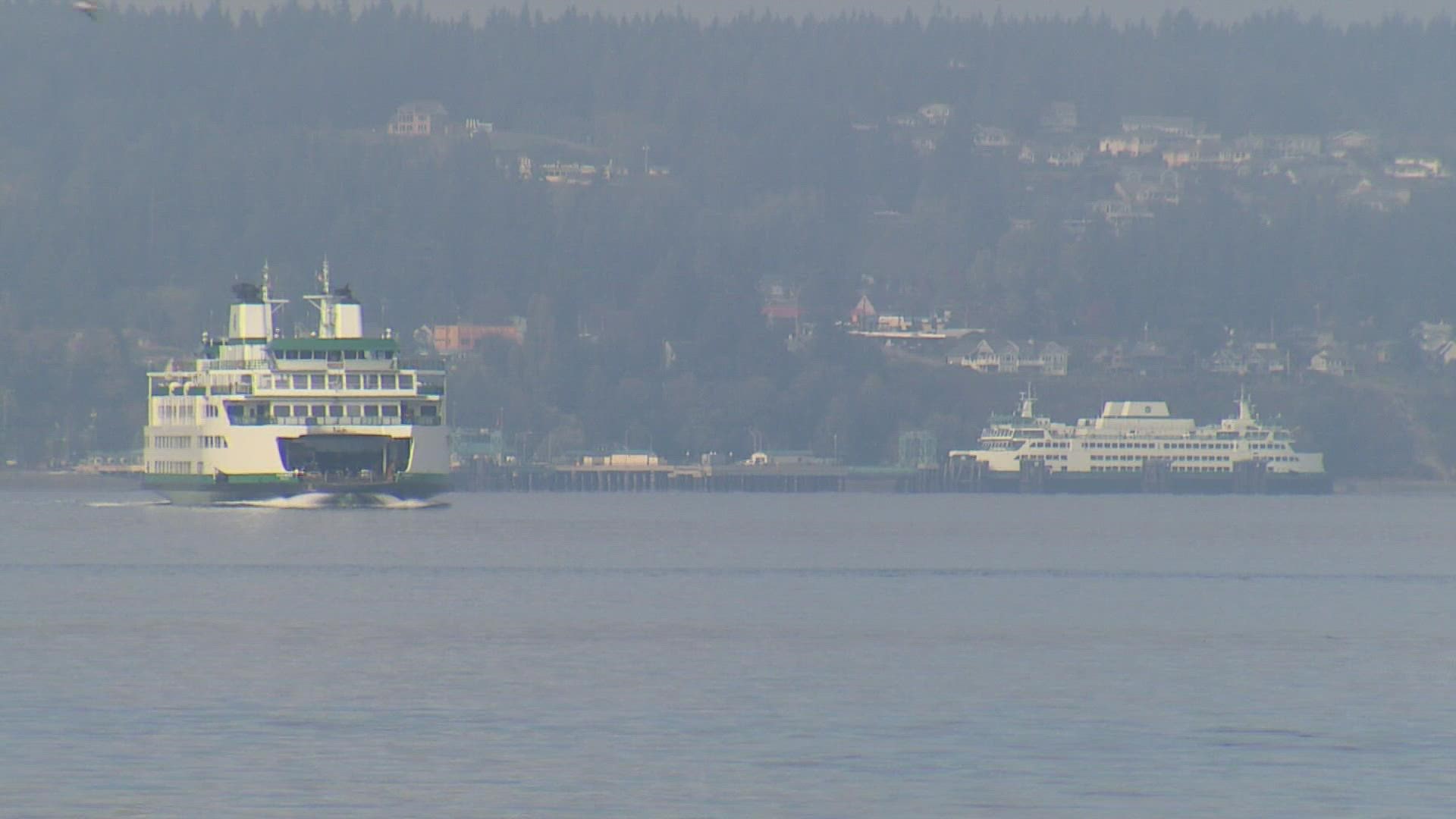 EDMONDS, Wash — Crew shortages and sick calls brought much of the Washington State Ferries (WSF) system to a halt Friday. About 170 ferry crossings were canceled system-wide, an unprecedented number, and it comes after days of disruptions for ferry riders.

Dozens of weekend sailings were also canceled or delayed due to a lack of Coast Guard documented crew, while other routes were running on reduced boat service. WSF encouraged travelers to check the online ferry schedule and plan ahead for longer waits and potential delays. Click here to view the real-time WSF travel map.

As of Thursday, 250 ferry workers remained unvaccinated. Experts warned if just a fraction of those people didn't come to work, the system could be crippled. WSF and ferry riders got a taste of what that could look like Friday when 28 workers called out sick, according to a WSF spokesperson.

The situation is hitting close to home in the San Juan Islands, where countless people depend on the ferries to keep their stores stocked with food, as well as transportation to cancer treatments and emergency rooms.

"When you start putting a deadline on getting vaccinated, when some people can't do it, people's lives are at stake," said Theresa Mathews, who has lived in Friday Harbor for 21 years.

She believes Inslee must rethink his vaccine mandate, saying, "Thousands of people are going to suffer severely by shutting this down."

This week, Republican State Rep. Andrew Barkis of Olympia sent a letter to Inslee demanding he loosens the mandate.

"There are other options," said Barkis, ranking Republican on the House Transportation Committee. "Go through a testing process. You can test daily. You can test during the day. You could also put other things into play to keep both the traveling public safe and the co-workers safe."

"Unfortunately, it's becoming the new norm," said nurse Jennifer Hemeon, who worried about the collateral damage left behind by the ferry fiasco. "Hopefully, I get to the hospital where I work at Providence on time. As a nurse, it's kind of frightening not to know if you're gonna make your shift."

A spokesman for Inslee flatly stated the mandate will stay, adding, "The only sustainable way to end these disruptions is through safe and effective vaccination of the workforce. Without vaccination, Covid will continue to sideline state employees and hurt the communities they serve."

When asked for a solution to the ferry problem if he wasn't going to loosen the mandate, the governor's office referred KING 5 to ferry officials.