Washington state officials say the budget forecast has improved, but new restrictions and rising coronavirus cases could cause problems. 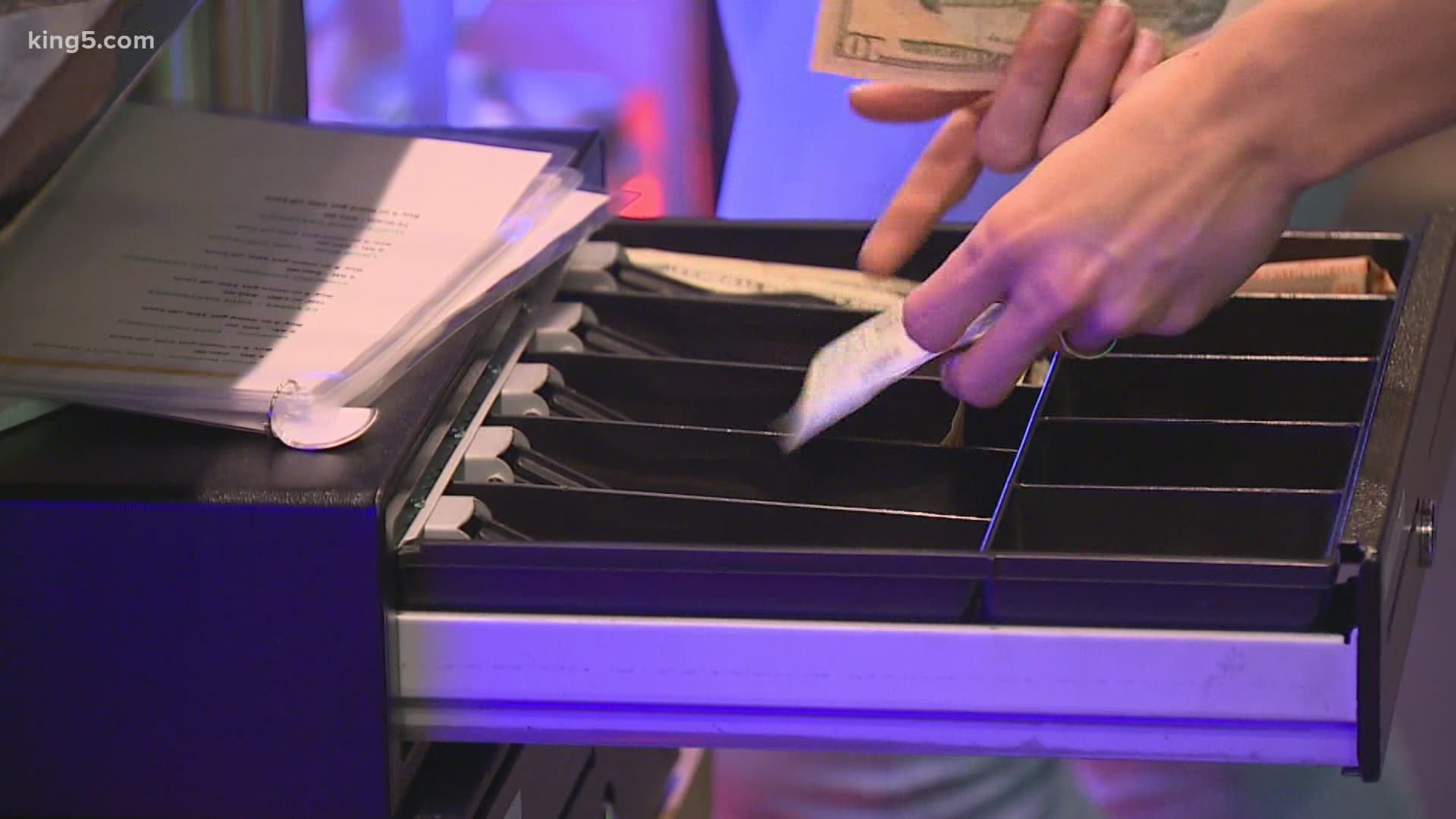 OLYMPIA, Wash. — Washington’s revenues continued to improve over the past few months, but officials warned there is significant uncertainty moving forward as the state continues to struggle with a surge in coronavirus cases that has led to a new round of business closures.

Updated numbers by the the Economic and Revenue Forecast Council show that projected revenue collections through mid-2023 are more than $900 million above what had been originally forecasted.

But the state’s revenue projection for that same timeframe remains nearly $2.4 billion below what it was before the pandemic hit.

Wednesday’s meeting was the final forecast before Gov. Jay Inslee releases a budget proposal next month ahead of the start of the 105-day legislative session in January.

Forecaster Dr. Steve Lerch said with cases rising at a record rate and new restrictions on bars and restaurants going into effect this week, there’s lots of uncertainty for the state’s economy.

"People will pull back, they won't feel comfortable, shopping or doing other things with or without restrictions,” said Lerch, “And it's difficult for us to know exactly the magnitude of those sorts of changes."

Republicans who were in the meeting called for Gov. Inslee to bring lawmakers back to Olympia ahead of the regularly scheduled January session.

Budget committee chair Sen. Christine Rolfes, D-Kitsap County, said while she supported calls for a special session earlier in the year, she thought it was too late to call one now.

She said she hoped the federal government would provide more funding to help states, businesses, and employees hurt by the pandemic.

Republican Sen. John Braun, from Lewis County, said the state needs to act sooner, and should not rely on the federal government.

"Why aren't we thankful for the help we've gotten and get off our hands and do something about our state, rather than relying on hope?” said Braun.