Many Washington residents have been flocking to Idaho recreation areas. But that's not allowed under Gov. Little's amendments to the stay-at-home order. 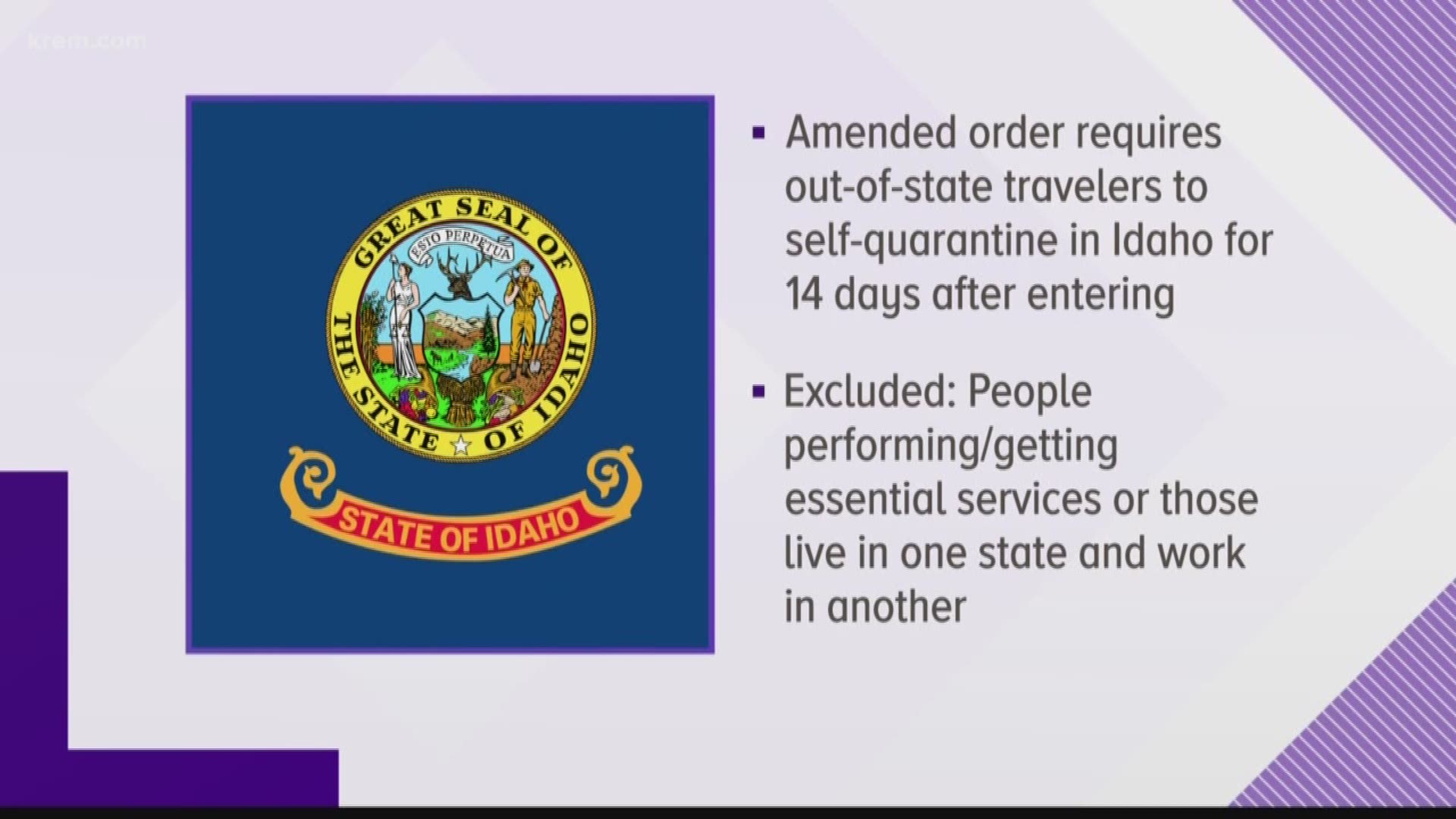 Idaho Gov. Brad Little extended the statewide stay-at-home order through April 30 on Wednesday, adding that people traveling to Idaho are asked to quarantine themselves for two weeks after they arrive.

There is an exception to Gov. Little's self-quarantine rule: it doesn't apply to people who live in one state and work in another or people traveling to Idaho to provide essential services or get essential services.

Deputies handed out fliers over the weekend to out-of-state residents who arrived at popular trailheads and boat launches. The fliers educate people about the self-quarantine rule, define essential services, and emphasize that violating the order is a misdemeanor offense that could result in a citation or arrest.

Miller said some people were understanding while others were not.

Some of the more crowded areas in the county included Higgens Point, boat launches within Farragut State Park and Fourth of July Pass Recreation Area trailheads, Miller added. One Washington residents at Higgens Point told deputies he was protesting the stay-at-home order.

While Idaho law states that "any person who violates an order of isolation or quarantine shall be guilty of a misdemeanor,"  nobody was arrested or cited over the weekend. Miller said out-of-state visitors were simply asked to turn around.

"We're not discouraging, obviously, travel into Idaho. But follow the rules if you do come into Idaho," Miller told KREM last week.

As the sheriff's office has said before, authorities are stressing education before a citation.

"Our hope is that when we contact somebody and tell them that they're violating the order, they'll comply with that verbal warning and head home," Miller said.

Any potential citations would occur on a case-by-case basis.

KREM also asked Miller if authorities have plans to close to border or do border checks. His answer: absolutely not.

"We're not actively trying to find somebody that's violating the order," he added.

Since the governor extended the stay-home order, the sheriff's office says people have been phoning in asking Sheriff Ben Wolfinger to go against Gov. Little.

"Like the sheriff said, he doesn't have the authority to usurp the governor's authority or his order We've been getting a lot of calls on that today," Miller said. "It's like, 'Why can't you go and do your own thing, sheriff?' Well, by statute, the sheriff enforces the law."

RELATED: Some Idaho businesses can partially reopen during stay-at-home order