Health officials previously said they knew of multiple instances of people hosting these parties, thinking they would be infected with coronavirus and become immune. 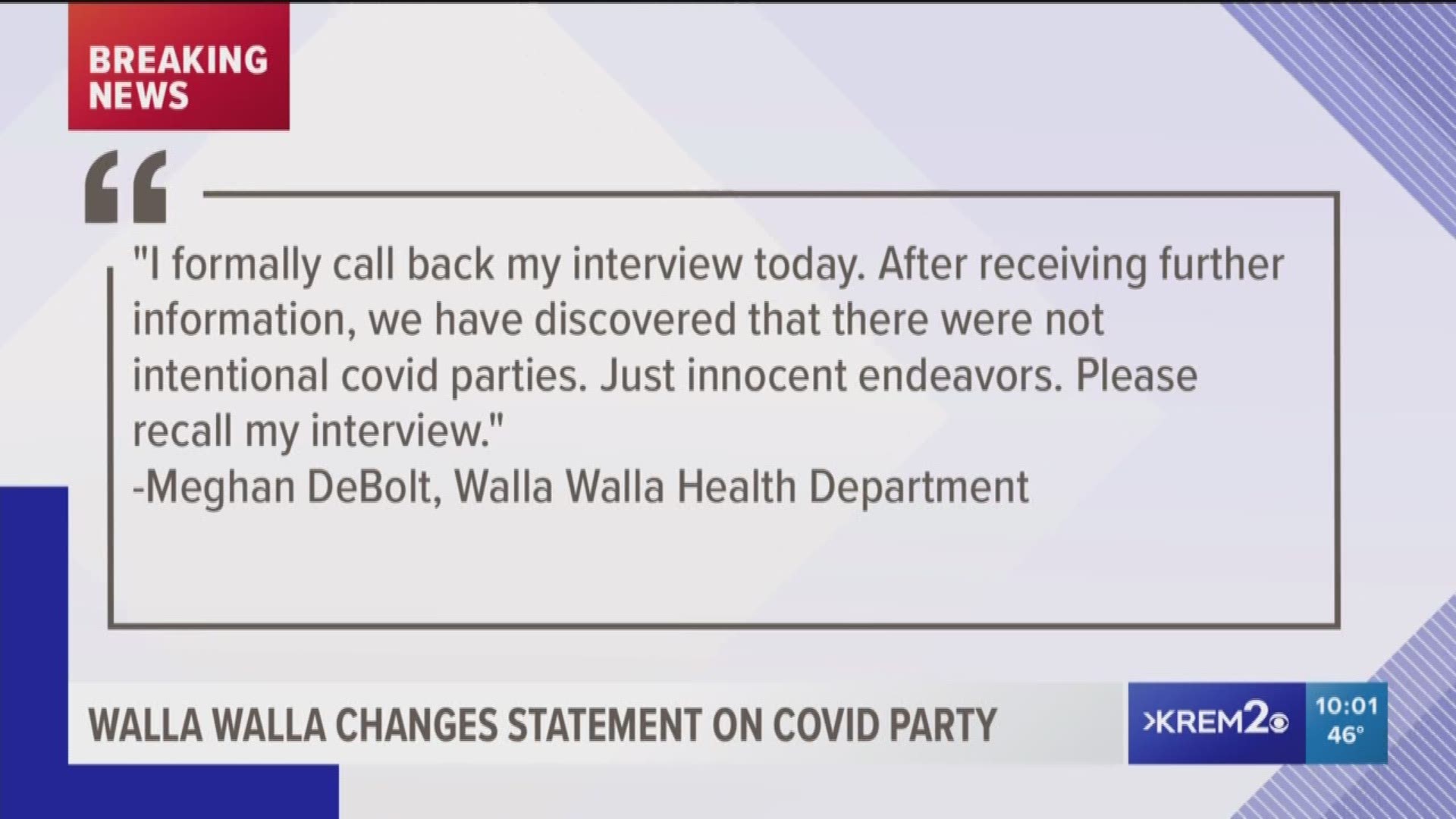 WALLA WALLA COUNTY, Wash. — Walla Walla County leaders are responding on Thursday after health officials walked back their claims that people in the county were holding "coronavirus parties" in an attempt to contract the disease.

County health officials had previously said they knew of multiple instances of people hosting these parties, thinking they would be infected with the disease then develop immunity.

The story got widespread attention and was picked up by local media outlets like KREM, in which an official did an interview explaining the claims. The story even received national attention from publications like the New York Times, the Washington Post and the Associated Press.

The Walla Walla County Board of Commissioners released a statement on Thursday afternoon, saying they are "reviewing the facts around this incident."

"It has been brought to the attention of Walla Walla County Commissioners through the Walla Walla County Department of Community Health that social gatherings are beginning to occur. One of these gatherings had been reported initially as a 'coronavirus party' then later identified as a social gathering, such as a birthday party or Easter service. We are reviewing the facts around this incident," the statement reads.

After the story ran on KREM on Wednesday, a Walla Walla County Health Department spokesperson reached out to "recall" their comments and explained that the parties weren't intended to infect people.

"I formally call back my interview today. After receiving further information, we have discovered that there were not intentional covid parties.  Just innocent endeavors. Please recall my interview."