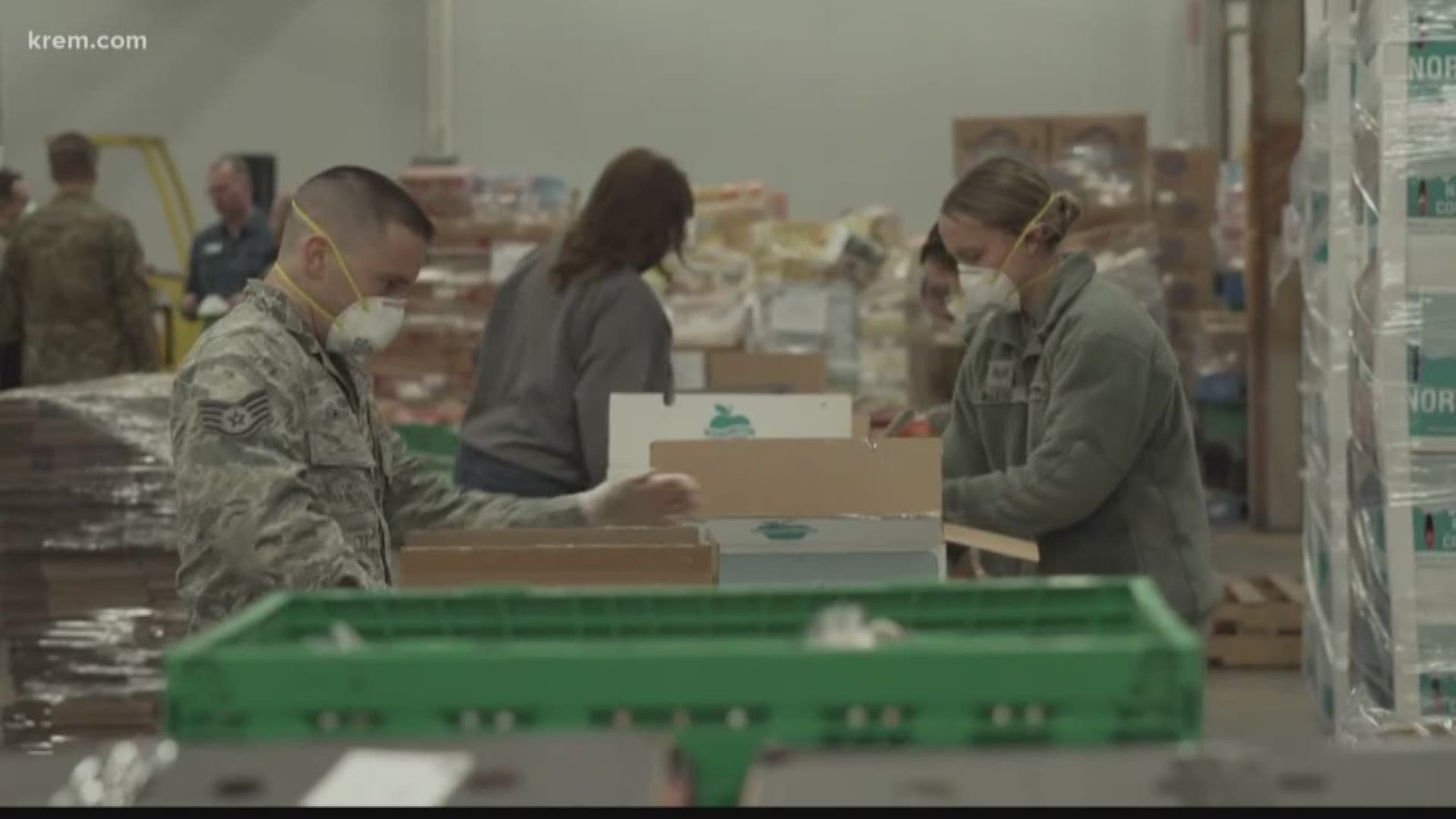 SPOKANE, Wash. — Second Harvest is working with agencies across the region to serve more people than ever in an effort to make sure no one goes hungry as food insecurity grows.

"We live a block away, right across the street and this has been extremely helpful,” said Tonie Clemons.

Clemons is a mother of two who started receiving help from the food bank for the first time because of financial hardships her family is facing. Her husband is an essential worker, but was out of work because of a possible exposure to the coronavirus.

"He had to take some time to get a negative test. [He] didn't have it so he was able to go back to work,” Clemons said.

RELATED: Spokane-area non-profits to help during the coronavirus outbreak

However, that meant no pay for two weeks, causing a financial strain for the family. It's the same story many are facing in Spokane as the Coronavirus continues to leave people without work.

Second Harvest served about 55,000 people a week before Coronavirus, but the group estimates demand has increased up to 40 percent since the pandemic began.

"We're seeing distributions, where at one time we would serve 150 to 200 families, they are surging to 500 in some cases,” said Drew Meuer with Second Harvest.

This increase in meals means Second Harvest distributed $1 million in food in a week, according to a letter sent to Governor Jay Inslee from several local leaders, including senators, mayors and Spokane County Sheriff Ozzie Knezovich. In the letter, they called on the state to keep the National Guard in local food banks, saying the guard members are the reason they're able to deliver about $1 million worth of food a week.

On Wednesday, dozens of volunteers loaded up cars with boxes of food. Meuer said Stevens Elementary School was selected by Spokane Public Schools as an area with great need.

Second Harvest relies on volunteers to make days like this possible, but back at the warehouse, the food bank is receiving help from the Washington National Guard.

"They're also operating a truck, with a driver, and they're helping us deliver food really rapidly to communities throughout Spokane and Eastern Washington,” Meuer said.

40 members of the guard in Spokane are working at the food bank six days a week.

"They're here as a result of a federal activation. We'd like that to stay in place if possible. Should that not be possible, we'd love for them to be activated by the state as they are fantastic and a much needed source of labor at this time,” Meuer said.