The Washington State Department of Health will likely be leading operations at the Spokane Arena mass COVID-19 vaccination clinic by March 1. 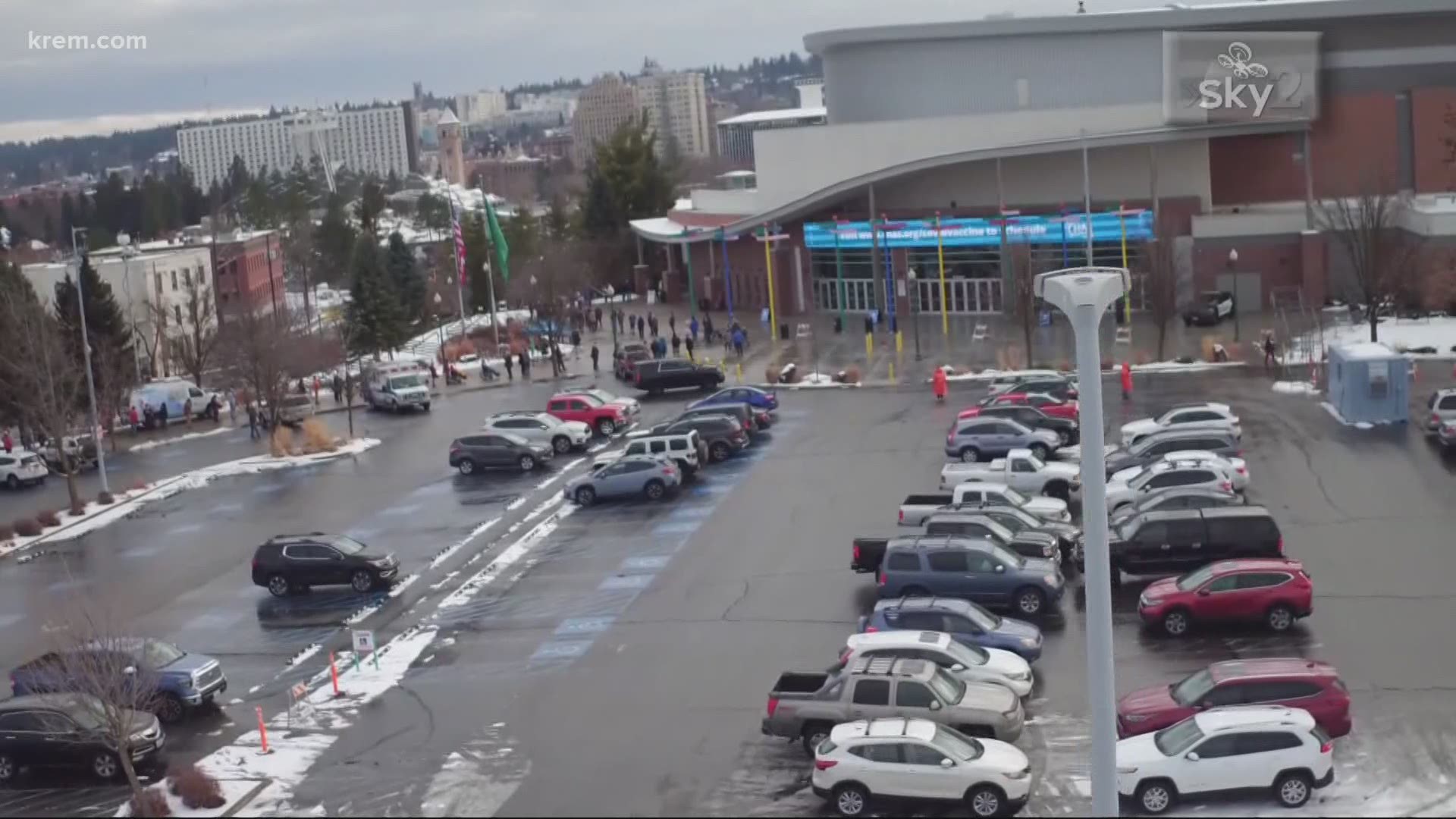 SPOKANE, Wash. — The Washington State Department of Health (DOH) will soon take the lead in operating a mass COVID-19 vaccine clinic at the Spokane Arena after it opened under the direction of CHAS Health.

More than 10,000 people have already been vaccinated against coronavirus at the site since it opened on Wednesday, Jan. 27. CHAS was identified to lead operations at the clinic after Gov. Jay Inslee's announcement about one week before its opening since the company already had plans in place for the Arena. The health care company has received assistance from the DOH and Washington National Guard members from the beginning.

The transition at the site will take place over the course of a few weeks and the DOH expects to be fully leading operations at the mass vaccine clinic in Spokane by March 1, according to Spokane Regional Health District spokesperson Kelli Hawkins. SRHD and CHAS do not yet have details on how the appointment scheduling process will change and DOH is expected to release that information in the next several weeks.

The shift to DOH leading operations at the clinic means other local providers will be included in the work to vaccinate community members, CHAS Health spokesperson Kelley Charvet said. CHAS will continue to provide operational support and staff for the site even when the DOH takes over, she added.

“This has been part of the plan," Charvet said. "We did take a more active role initially because of the groundwork we’d already laid when the announcement was made by Governor Inslee.”

Charvet also said CHAS is working to make the handoff to the DOH seamless.

"Anything that was scheduled through our system, we'll simply be providing that information to Department of Health, so that process is smooth for patients coming on site to get their second doses," she said.

KREM 2 has reached out to the DOH for more information on the change in leadership at the vaccination clinic but has not yet received a response.

CHAS opened more appointment slots for Week 4 of vaccinations on its website at 5 p.m. on Tuesday and all of them were full about 40 minutes later. The DOH is expected to allocate 4,000 vaccine doses to the site but Charvet said on Tuesday that CHAS has not yet received them.

Week 4 will mark the first time that second doses are administered at the Spokane Area clinic, Charvet said. The site will shift its focus next week to giving out second doses, which could mean fewer appointments will be available in the future for first doses.