The Moderna vaccine doses were meant to arrive in Oregon from Tennessee on Tuesday, Feb. 16. 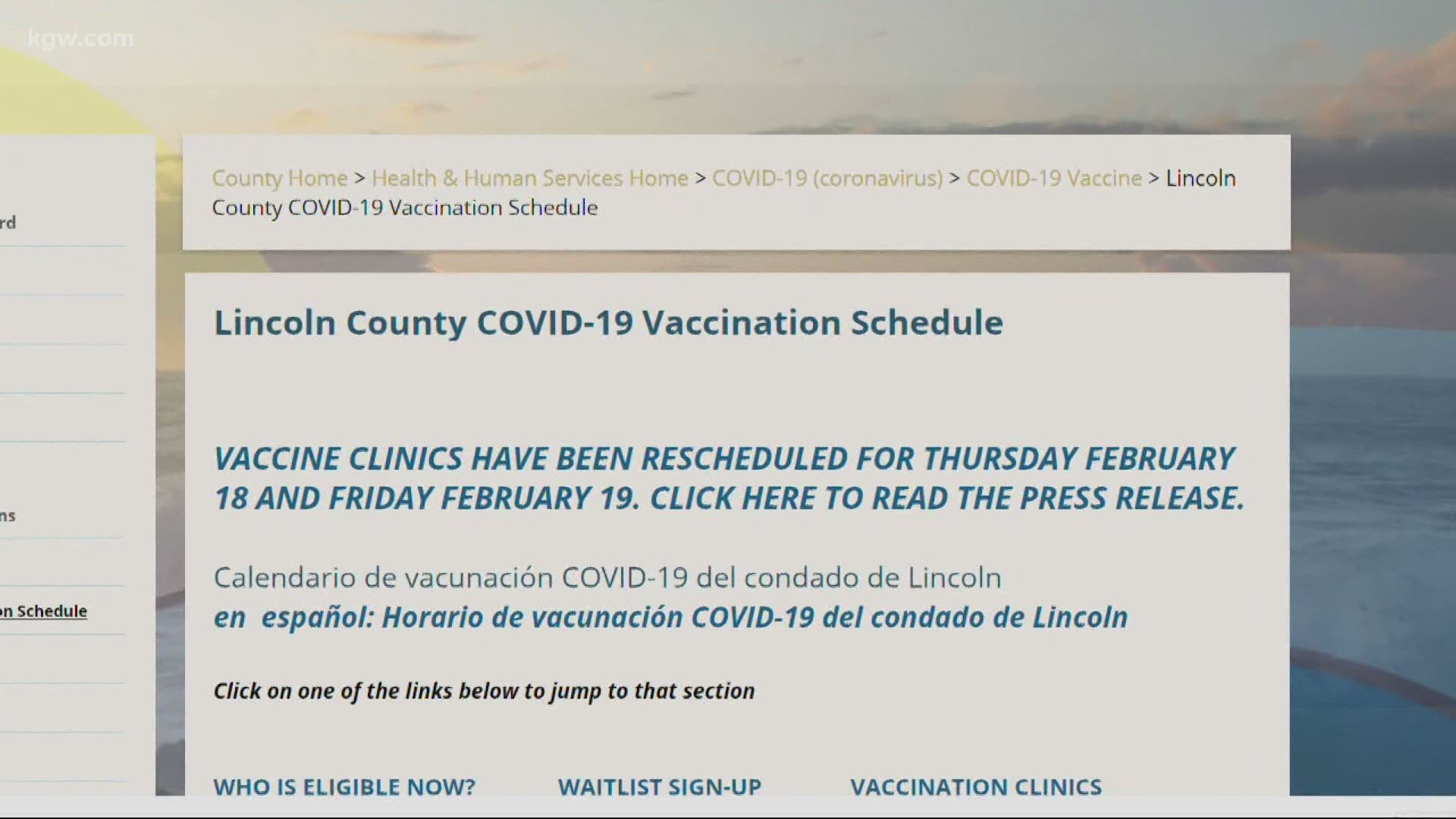 PORTLAND, Ore. — About 67,000 doses of the Moderna vaccine that were supposed to arrive in Oregon Tuesday have been delayed by severe winter weather in the South and Midwest, according to the Oregon Health Authority (OHA).

The COVID-19 shots were supposed to have been shipped from Tennessee, which was hit with snow and ice earlier this week. It's unclear when Oregon's doses will arrive, state health officials said.

The Centers for Disease Control and Prevention said severe weather has also delayed shipments to other states.

Multnomah County expected a shipment of 8,300 doses this week but thankfully, the county already has enough doses to run vaccination clinics that are currently scheduled, a county spokesperson said.

Lincoln County health officials said they expected 1,200 doses, but the delay has forced them to reschedule some of this week's vaccination clinics for next week. If you have a vaccine appointment scheduled for Thursday or Friday in Lincoln County, watch for an email from lincolncocallcenter@co.lincoln.or.us. If you don't get an email or phone call by Thursday afternoon, send a message to that email or call 541-265-0621.

Virginia Garcia Memorial Health Center, which serves Washington and Yamhill counties, does not expect it will need to reschedule any vaccine appointments because of the delay.

It's unclear how the delay could affect other Oregon counties.

Oregon is expecting 67,000 doses of the Moderna vaccine this week-- but OHA says they have not arrived. Also said no shipments left Tenn because of weather. Uh oh...thats not good.

The state's vaccine rollout hit a speed bump last weekend with the winter storm that blasted the Willamette Valley between Thursday and Sunday. Mass vaccination clinics in Northwest Oregon and Southwest Washington were postponed as a result of the storm, which knocked out power for hundreds of thousands of people.

The local storm subsided by Sunday night and vaccinations resumed this week.

If you are scheduled for a vaccination and have questions about potential delays, OHA says to check with your scheduled vaccine provider for updates.

More than 700,000 COVID-19 vaccine doses have been administered in Oregon this year, including more than 205,000 second doses. That means nearly 5% of the state's estimated population has been fully vaccinated.