Timeline: Are out-of-staters able to get COVID-19 vaccines in Washington, Idaho?

With new developments in the COVID-19 vaccination rollout in Washington and Idaho, some guidelines have changed, and the two states no longer match up. 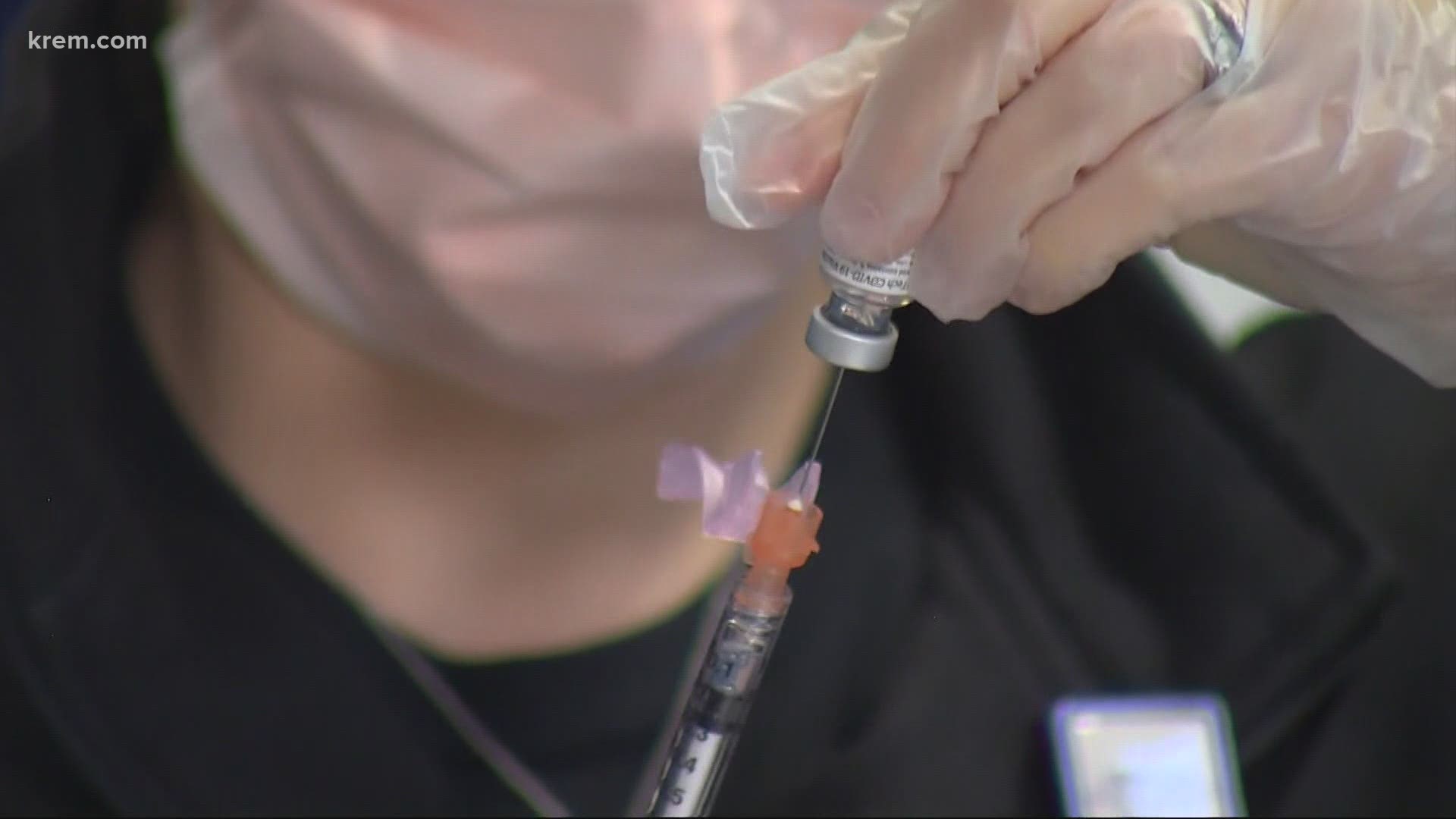 SPOKANE COUNTY, Wash. — Editor's Note: The Washington Department of Health reached out after this story was published to clarify that new guidelines about non-Washington residents receiving the COVID-19 vaccine only applied to mass vaccination sites.

Originally, there were no guidelines in Washington or Idaho barring people from out-of-state from getting the COVID-19 vaccine within their borders.

But, some of the guidelines have changed in the past weeks, as we've see the states move through phases and mass vaccination sites and clinics open to help more people get their doses.

With the changing guidelines, both states no longer match up with each other when it comes to vaccinating people from other states. Here's how things have changed.

KREM first reached out to public health officials in both states near the beginning of January.

On January 13, the Washington Department of Health told KREM, "COVID-19 vaccination does not require any proof of residency. We have people who may live in Oregon or Idaho but work in Washington and get their vaccine from their employer, or who may only live in Washington part of the year."

The next day, Danielle Koenig with the WDOH provided clarify. She said people who get the vaccine doses in different states should make sure both doses are of the same vaccine, as states don't always share such records.

"Other than that, there is no problem getting the two doses at different facilities," Koenig said.

The same day, an Idaho Department of Health and Welfare official left KREM's Ian Smay a voicemail. In it, the official said there was no rules or guidelines against such a thing happening.

"I do have the answer to your question here. Basically, people do not have to prove residency to receive a vaccine, so one could get the two doses in different states as long as they're the same vaccine," he said.

On Wednesday, January 27, the mass COVID-19 vaccination site at the Spokane Arena opened. That morning, KREM reporters interviewed a Post Falls man who had received his first vaccine dose at the arena.

This led to many KREM viewers reaching out to express disapproval or ask if this was allowed.

That night, the WDOH released a statement saying people must show proof they live or work in Washington to get a vaccine at one of the four mass vaccination sites. The statement didn't address if these rules also apply to other providers other than the vaccination sites.

On Friday, January 29, officials with CHAS, who runs the mass vaccination site in Spokane, said they are relying on a system of honesty when it comes to those being vaccinated being only Washington residents or workers.

On February 2, after this story was first published, Danielle Koenig responded to KREM's request for clarification regarding the new guidelines for non-Washington residents. She said the Washington worker or resident requirement only pertains to mass vaccination sites, but that they ask people to get vaccinated in their county of residence, or the county where their primary care provider is located.