More than 75,000 people were vaccinated at the site. 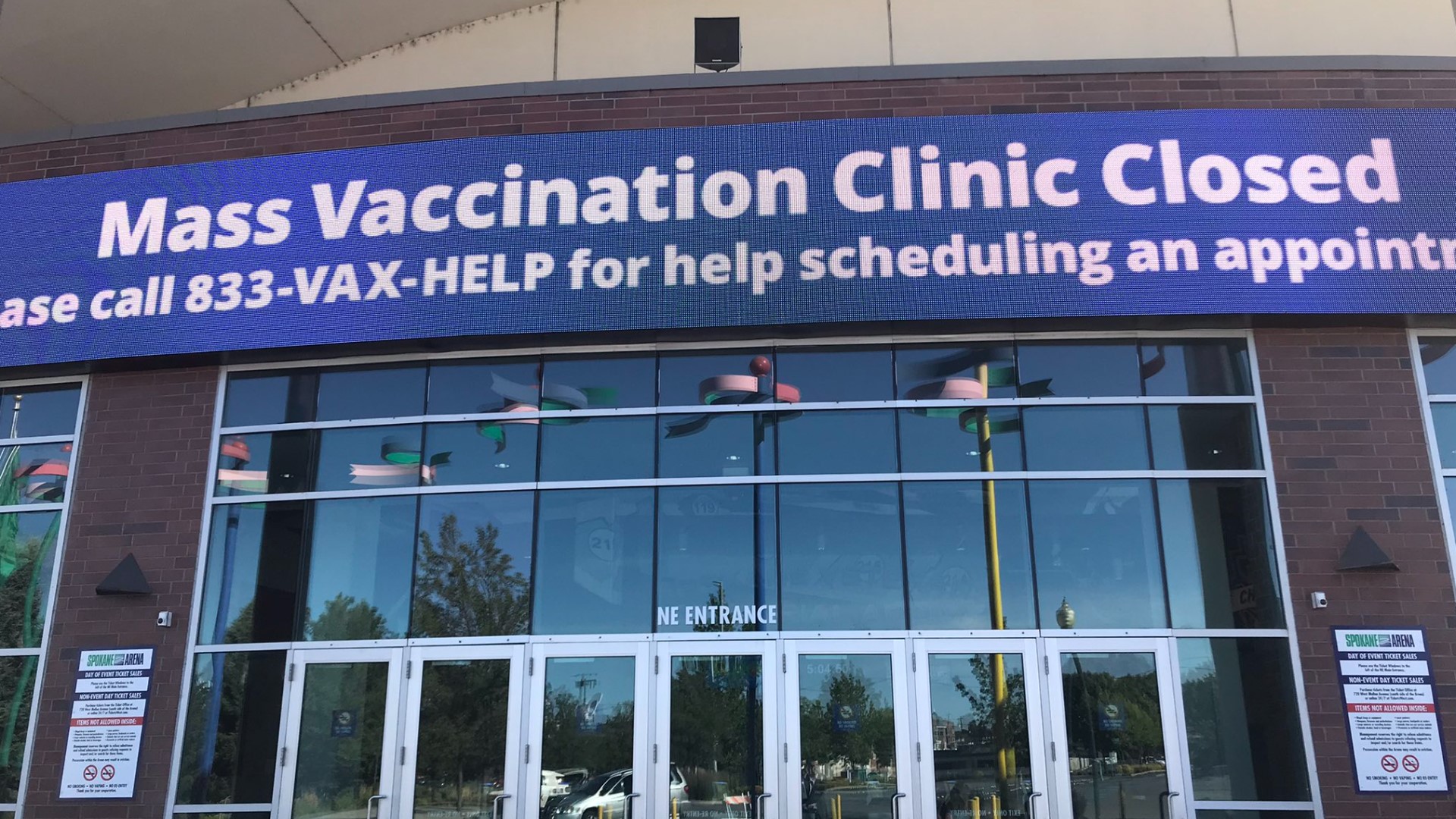 SPOKANE, Wash. — It's the end of an era for Spokane's coronavirus response. The mass vaccination site at the Spokane Arena shut down for good at 5 p.m. Thursday.

Health officials say this doesn't mean vaccine efforts are ramping down, only that they're changing tact to adapt to changing needs and challenges, moving away from the mass site model and towards a more direct-to-consumer mobile clinics model.

The mass site opened in January, to much chaos.  People waited hours just to get into the parking lot. Appointment websites were fluky. Instructions on exactly who was eligible were not always clear.

"We have had challenges throughout," said Spokane Regional Health District spokeswoman Kelli Hawkins. "It's a novel virus, and we have been learning as we go throughout the entire response effort, and our vaccine efforts were no different."

But, within a few days the kinks had been worked out, and the site became a vital resource in the initial phases of the vaccination effort.

"That was the best way to really very quickly right from the beginning help our older population, help those with comorbidities get the vaccine, and to ensure equitable access," said Hawkins.

Since then, as more and more people have become immunized, demand for the shot has decreased. The parking lot that once overflowed into nearby streets has sat mostly empty for weeks.

So health officials are changing tact. Rather than using big stationary sites like the arena, they're working on reaching out to people directly.

"[We want to] expand the outreach into areas where they are experiencing barriers to vaccine access, and it will help them distribute basically these life saving vaccines more equitably and more conveniently," said Hawkins.

More than 75,000 people were vaccinated at the arena; that's about 19 percent of the doses administered in Spokane County according to Hawkins.

But as the arena begins to transform back to its former self, Hawkins says they're staying vigilant about getting the rest of the county vaccinated too.

The Spokane Shock have a home game on Saturday. Hawkins says there's good confidence the area will be fully ready to go to welcome fans back into the stands for the first time in more than a year.