'We need some guidance': Eligible patients struggle to get COVID-19 vaccine in Spokane County

As the governor announced Washington would begin administering vaccines to seniors, people on the ground are finding it all but impossible to get an appointment. 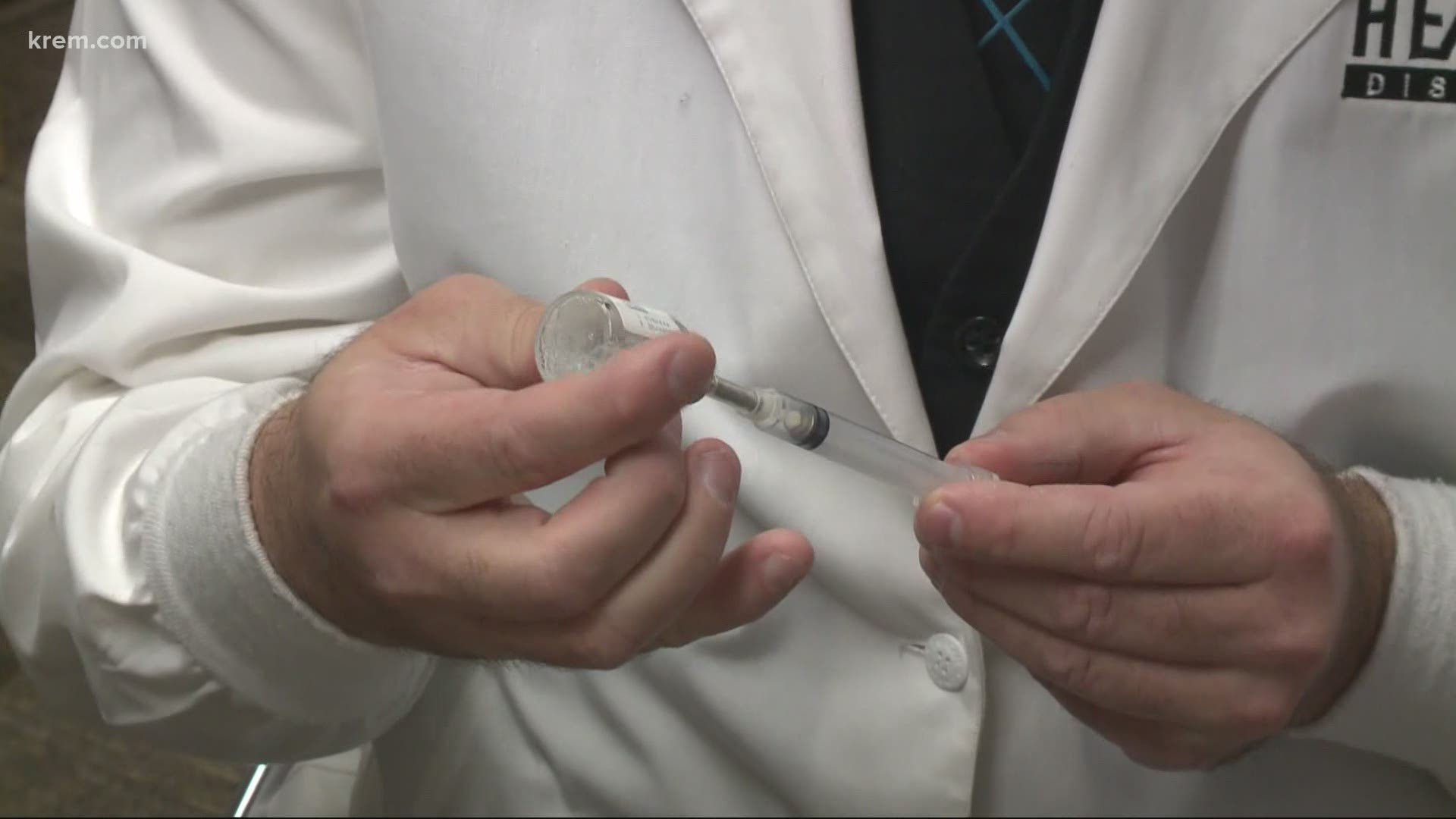 SPOKANE, Wash — This week, Governor Jay Inslee announced that Washington would advance to the next phase of vaccine distribution, Phase 1B.

The phase allows anyone above the age of 65, or 50 if they live in a multi-generational household, to get inoculated. But on the ground, appointments are hard to come by.

When Tom Lavagetto, who lives on Spokane's South Hill, learned he was eligible for the vaccine, he immediately began trying to book an appointment.

"I have done some research but have been unsuccessful in finding any place to go," he said.

He looked online and talked to his doctor, but no luck. Then, he got a surprise call from his sister.

"[She said] get up to the Albertson's on 57th [Avenue] as soon as possible. They're giving out vaccines and you can get your shot," said Lavagetto.

He lucked out. He said the process once he got in was clean and simple. He got his first shot and was told to come back in February for his second one.

He said he was also told they'd be offering more vaccines to Phase 1B patients the next day, though they had some Phase 1A appointments in the morning first.

He spread the good news to other eligible neighbors and friends.

While Lavagetto said he's relieved to be vaccinated, he's worried about his friends. Given the chaos, he's not even totally sure that second dose will be there when he goes back.

"There doesn't seem to be any rhyme or reason as to where to go and to look for the shot," he said.

The Department of Health website, for instance, lists vaccination locations in Spokane County, but most of them say they are still in Phase 1A.

Leaders from the Spokane Regional Health District said in a press conference on Wednesday that they aren't ready to advance to 1B yet. They said there's still a backlog of 1A healthcare workers filling up appointments.

But clearly, some providers are opening up to seniors. It's just that the where, when and how all seem totally random at the moment.

"We need some guidance, I think, from somebody, an authority, to give the community some real hard evidence as to where to go to get the shot," said Lavagetto.

Communication has been a struggle this week when it comes to the vaccine rollout in general. SRHD leaders also said they had no prior knowledge of the proposed mass vaccination site at the Spokane Arena. Instead, they learned about it when the rest of us did.

"Hopefully in the next couple of weeks they can get their arms around this thing, because we're not going to get back to the so-called new normal until these vaccinations are complete," said Lavagetto.