According to the Washington DOH, Spokane has administered 19,922 doses compared to more than 22,000 at other mass vaccination sites. 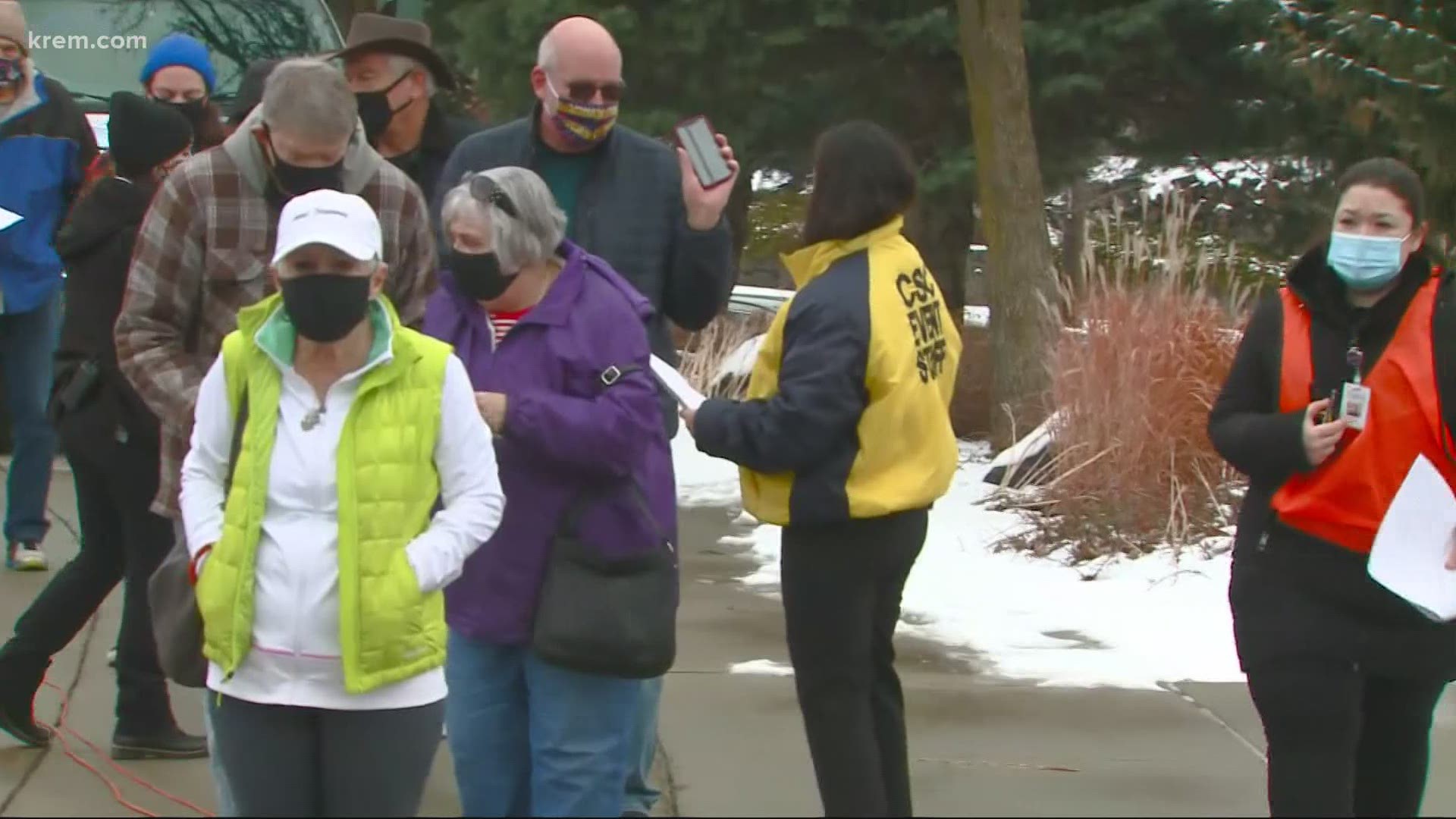 KREM 2 questioned Washington Department of Health Secretary Dr. Umair Shah why Spokane wasn't scheduling any new first dose appointments and why we haven't been able to vaccinate more people. Last week, Shah said the department was going to work to improve the issue but the latest numbers show the Spokane has vaccinated the least amount of people.

Keep in mind, Spokane has a much higher population than both the Tri-Cities and Wenatchee.

KREM asked the DOH what's being done to catch Spokane up with the rest of the state and we have not received a response.

The vaccination site is starting to offer limited first-dose appointments and more could be available next week.

Safeway to help at vaccination site

Safeway will be partnering with the Washington State Department of Health to run Spokane's mass vaccination site, according to the DOH.

Safeway will begin working on the site on Tuesday, March 9, as the site's provider. Safeway will also assist with registration for appointments moving forward, according to the Department of Health.

The site will continue to focus on second dose appointments for the next two weeks, according to the DOH. However first dose appointments could become available as soon as late next week depending on the vaccine allocation from the state.

During the first week of March, the Department of Health only offered appointments to people getting their second dose of the COVID-19 vaccine at the Spokane Arena.

Washington Department of Health officials said this was so they they can catch up on appointments that were canceled due to shipping delays and to focus on people who need their second dose. The state said only second doses will be administered to ensure people get vaccinated within the 28 day timeframe.

Inclement weather nationwide delayed the arrival of vaccine doses for providers throughout Spokane.