Can Biden legally require federal workers, employees of large companies to get vaccinated?

Since there is no general consensus on the president's vaccine requirements, it will likely end up in federal court. 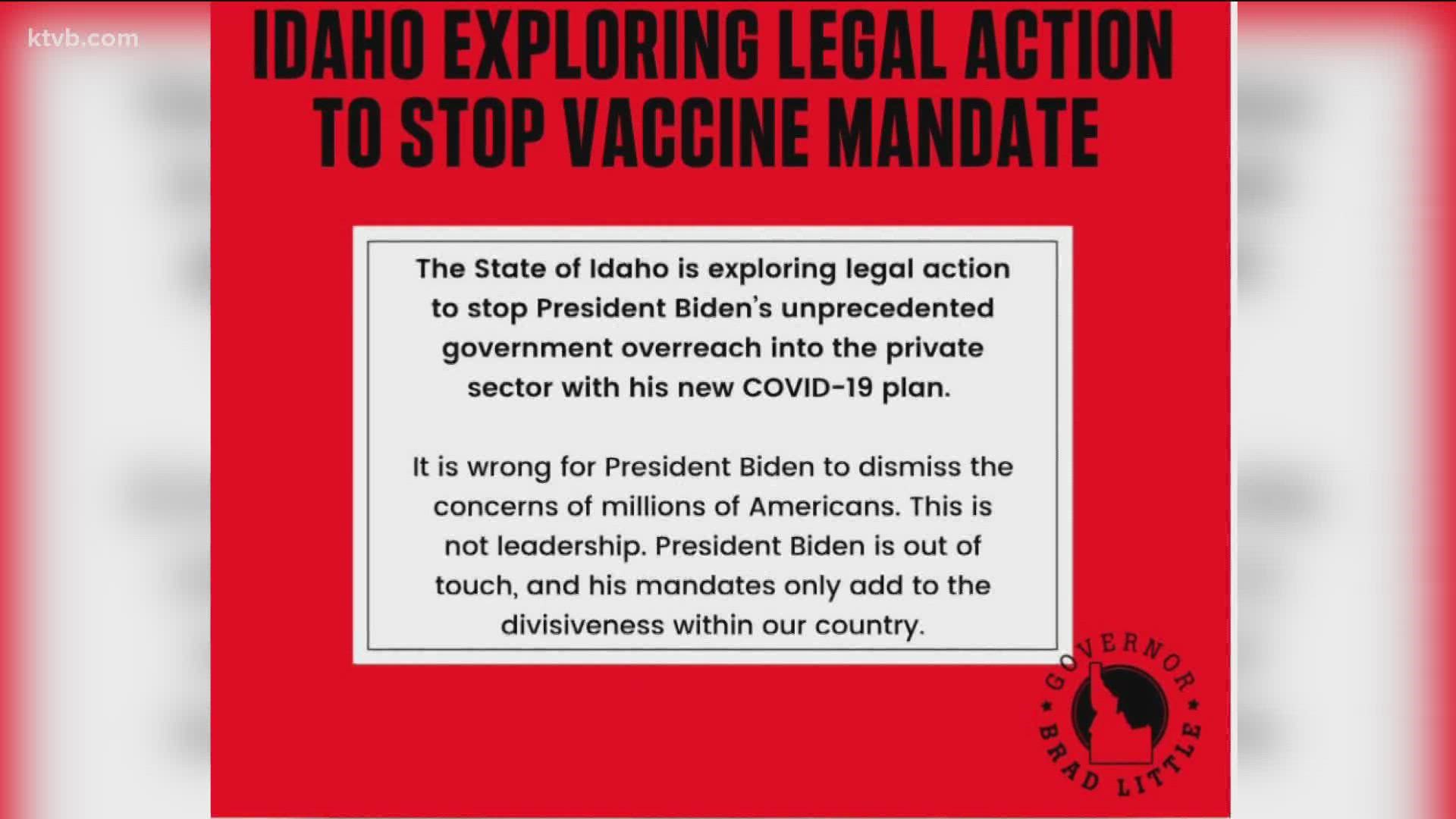 BOISE, Idaho — President Biden announced that he will require all federal workers and employees of companies with more than 100 staff members to get vaccinated for COVID-19 or tested weekly, but many are wondering what the legality is in doing so.

Former Idaho Attorney General Dave Leroy explained that Idaho most likely will not be the only state to pursue legal action.

“I think you will find that 35 of the attorney generals in the United States joined by their governors will probably leap into this constitutional fray and attempt to sue directly in the United States Supreme Court and on behalf of their respective states,” Leroy said.

Legally, Leroy said Little can sue the federal government, whether it joins a lawsuit or files its own. However, he added that this move is a great uncharted legal territory and that there are arguments on both sides.

Biden’s action is an attempt to use the Occupational Safety and Health Administration (OSHA) to enforce a brand new health and safety rule inside businesses.

The Biden administration argues that the federal government has the authority under the commerce clause of the Constitution to regulate interstate businesses. Some experts believe the requirement for a federal employee to get the vaccine also holds up, due to right granted by the Equal Employment Opportunity Commission.

“The Equal Employment Opportunity Commission and the Department of Justice have both said that it's lawful to do it and there are federal courts that have upheld other workforce mandates" said Lawrence Gostin from Georgetown University.

He added it’s the same way that private businesses are able to require the vaccine for employees like many are seeing at local hospitals and most recently, micron.

Leroy said Biden looping in OSHA creates a gray area for whether the vaccine falls under federal workplace regulations. Gostin argued that’s why the federal government is okay to require the vaccine for private companies. Since there is no consensus, Leroy said the case is likely headed to the federal courtroom.