Relying on misinformation and opening too early could undo all the progress against the coronavirus pandemic, says University of Washington professor Carl Bergstrom. 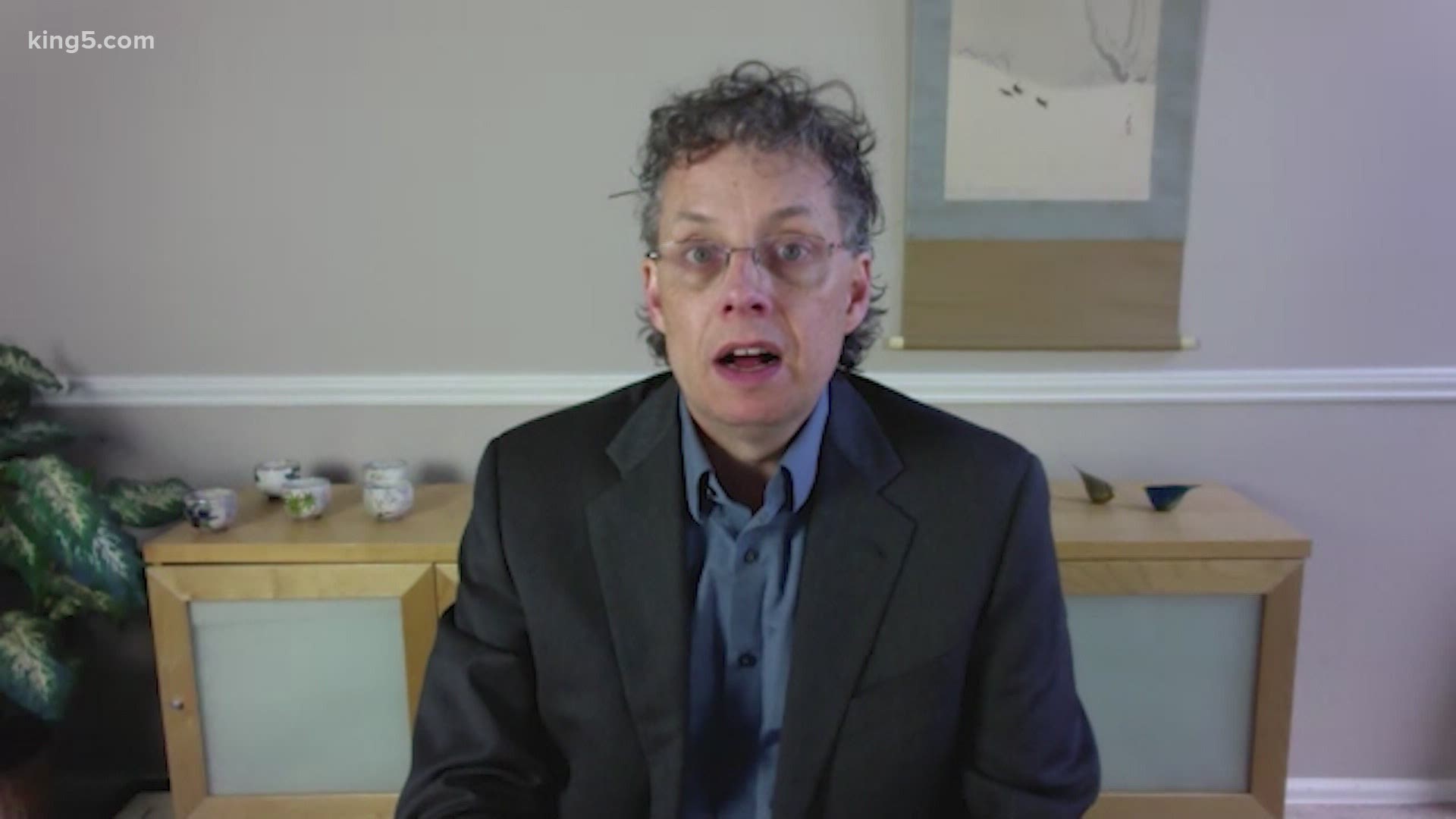 We are all anxious to get back to our lives after social distancing and a recently released model is giving some new hope that could come sooner than later.

The model by the University of Washington's Institute of Health Metrics and Evaluation (IHME) reports some of the state's stay-home measures can be relaxed possibly after May 18, “with containment strategies that include testing, contact tracing, isolation, and limiting gathering size.”

But University of Washington Biology professor Carl Bergstrom studies the spread of infectious diseases. He isn’t involved in the IHME model, but said he doesn’t believe it’s equipped to tell us when we all can be back out on the streets.

“The IHME model is really designed to forecast healthcare needs, that’s sort of its primary purpose,” he said.

“So while it’s encouraging that the IHME model says we could have zero cases by mid-May, I wouldn’t really count on that with the way that whole model is set up,” he said.

“If we’re lucky, we’ll be able to go back to some aspects of normal life on that time scale, mid-May early June, something like that,” he added.

Bergstrom also studies and lectures about the spread of misinformation. He has a book coming out this year on the subject “Calling Bull****.”

RELATED: Analysis: Washington could ease social distancing guidelines by May 18

“There’s some parallels of course, you can see how misinformation, a rumor, spreads much in a way a virus does, exploding exponentially and moving through people," he said.

He's become more of a national voice during this pandemic - correcting viral misinformation shared on Twitter, and appearing on national shows.

He says the spread of false information has hurt the U.S. response to coronavirus – whether slowing our ability to mount a full-blown official response, or muddying the waters to discourage community participation in social distancing.

He says Washington state has done pretty well – likely because of the early cases here that drove home the severity.

He worries that misusing information could lead some governments to re-open too early – wasting the progress made in these past weeks to slow the spread.

He compared it to a parachute – you don’t cut it because it’s already slowed your fall, because the acceleration starts again immediately.

He wants to see a very low number of cases, the capacity for hugely expanded testing, and significant contact tracing abilities before things reopen again, even if the cost to accomplish these things is high.

He says right now we need to accept we’re living in a time of uncertainty and we don’t know what life will look like in a few months.

“I think we all need to be aware we’re heading into the unknown, “ he said. “This is not something that’s happened in a century. When it happened a century ago, we were in a different place in terms of what we knew, what kind of risks people were willing to accept, what kind of information flow.”

It’s why he recommends – be skeptical of anyone making hard predictions, and only get your information from trusted sources.