After initial round of testing, 1.34% of tests from University of Idaho come back positive

The school reported that 34 COVID-19 tests out of 2,371 processed came back positive. 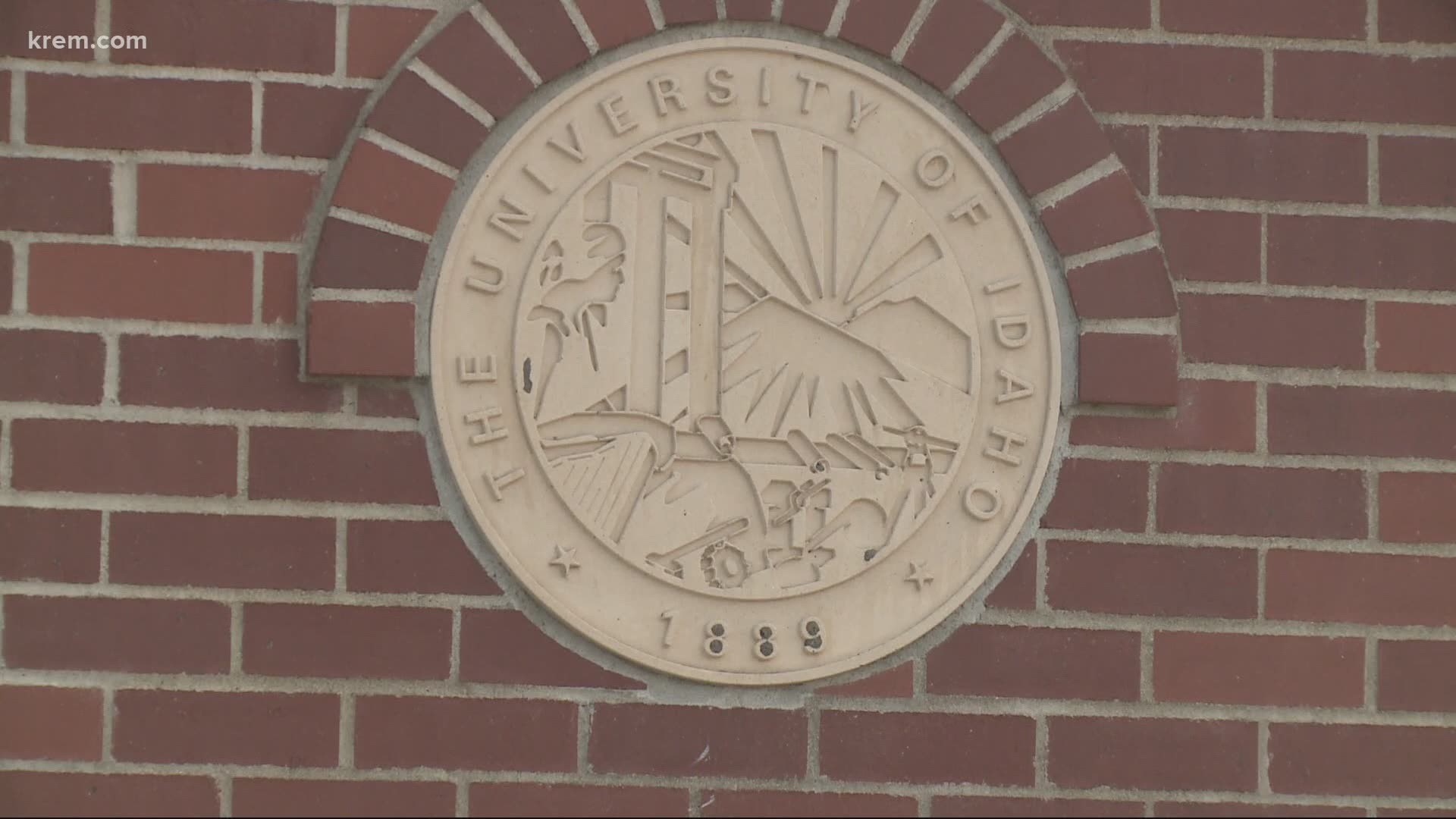 MOSCOW, Idaho — After the initial round of tests conducted by the University of Idaho, 34 tests out of 2,371, or 1.34%, that the university has processed so far came back positive as of Monday.

The university disclosed that some positives include results from people who already knew they were positive, completed their quarantine period, and are no longer infectious.

Testing began Thursday, Aug. 6. Tests are conducted at the university and sent to Gitman Medical Center until the university's own lab is up and running.

The school intends to test every single student before holding in-person classes in the fall. The school estimates they will complete about 24,000 tests over the course of the semester and will be able to turn around results in 24 hours.

Junior Cash Calhoun went to get his coronavirus test out of the way Tuesday and checked in using his student ID card.

"It's 15 seconds in there, up your nose. It's not the best feeling in the world, but it's not what everyone cracks it up to be," Calhoun said.

Calhoun lives on campus in a fraternity. He said he understands the need for precautions.

"I think it's a good thing, but I worry that if there's a false positive, or something like that, then student's education is going to suffer," Calhoun said."I definitely think something needs to happen and this is a better option than a lot of others."

As of Tuesday, the university said it didn't have information back yet regarding if any students had tested positive.

How the school will handle potential cases will depend on where students live. If they're on campus, they'll be relocated to a former dorm that's serving as an isolation unit.

In a memo sent to faculty and staff members in late July, UI President Scott Green reiterated the university's commitment to re-opening campus with COVID-19 protocols in place.

"Let us emphasize that we are committed to be open for in-person classes this fall," wrote Green in the memo. "This is only possible because we have made truly incredible progress working with healthcare experts and our partners at Gritman Medical Center to design specific safety protocols."

"We have put in place a lot of protocols and gone above and beyond what the [Centers for Disease Control and Prevention] is recommending," said UI Communications Director Jodi Walker.

According to Walker, UI plans to adopt a "high-flex model" for in-person classes this year. In most instances, students will alternate days spent learning in a classroom with online instruction in an effort to reduce the amount of people in campus buildings. Some classes will be conducted totally online, Walker said.

Additionally, the university plans to take temperature readings of people entering certain high-traffic buildings on campus like the Kibbie Dome.

UI's plan is noticeably different from that of Washington State University, just half-a-dozen miles away in Pullman. This month, WSU announced plans to conduct most of its undergraduate classes online.

Green addressed the differences between WSU's plan and UI in his memo, citing UI's "uniquely robust set of safety measures."

"While going online could make our job easier in some ways, it would be the worst possible outcome for many employees and students," wrote Green.

UI's push for on-campus instruction has drawn some skepticism from both students and faculty members alike. Green, in his memo, said the university understood the "anxiety" felt by some.

When asked about WSU's decision to go primarily online with classes compared to the University of Idaho, Walker cited differences in state guidelines and noted UI's status as a state school along with the university's campus culture.

"The University of Idaho is a residential campus. Our students come here for the experience of being on the Moscow campus," she said. "We have an obligation to them to be able to deliver in that way. And that's what they're paying for, that's what they expect."

Walker noted that UI's capability to conduct its own COVID-19 testing was another major factor in being able to offer on-campus instruction. Campus researchers would be aiding in tracking campus test data as well.

"We're going to be able to keep track of where things are at," she said.

According to Walker, students plan to return to campus over a three-week period in August. The university's dorm move-in event has been staggered over the course of a week instead of traditionally taking place on a single day.

The school is encouraging faculty and staff members to get tested, but isn't requiring it.