Spokane County's coronavirus incidence rate is the highest out of any county in Washington state, Dr. Lutz said on Friday. 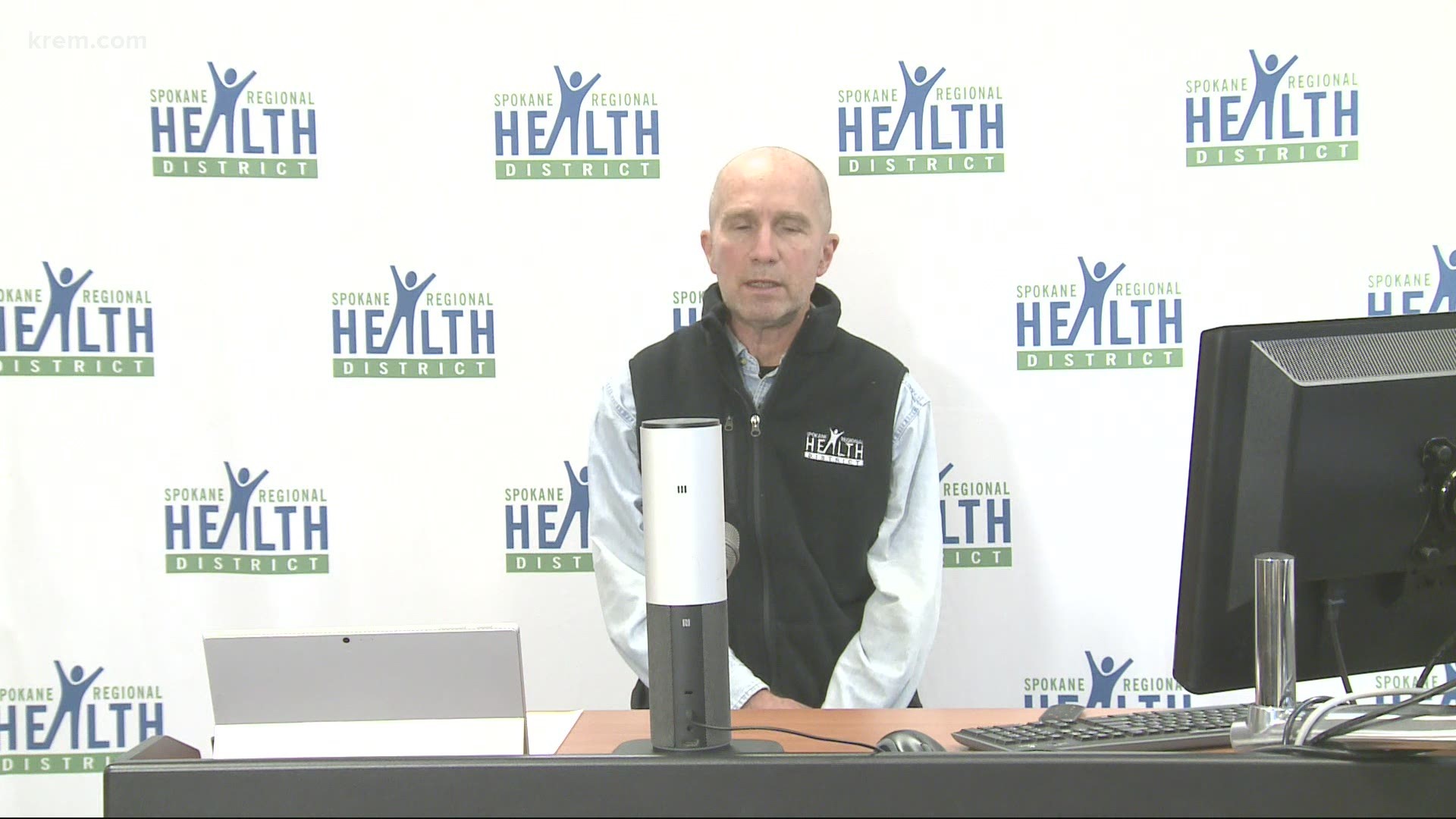 SPOKANE, Wash. — The COVID-19 curve is still not flattening in Spokane County and the region's health officer could tighten restrictions to decrease transmission of the virus.

The timeline on when modifications could be made, if it happens at all, remains unclear.

Lutz said on Friday that the county's incidence rate is three times that of Washington state as a whole. It is also the highest out of any county in the state.

“We’re not going down the way we should be and, as we’ve seen in the past, as more cases are identified, more hospitalizations occur and that’s exactly what’s occurring as well," Lutz said during a press conference on Wednesday, Oct. 14.

“You name it, the cases are there," Lutz added.

Tightening of restrictions is a 'possibility' for Spokane County

The tightening of restrictions is a "possibility" for Spokane County and something Lutz is willing to do if the need arises as the county's incidence rate increases, he said.

"I’ve already been in conversation with Department of Health about it, so it’s on the table for consideration. I hope I don’t have to make that decision," Lutz added.

Lutz said he is looking at all industries right now and would focus on data to see if there are hotspots in specific sectors.

“If I’m able to identify that, and if again the collective effort isn’t there to address those, we continue to see the same...sectors light up, then that would be where I would really try to leverage and try to make some changes to prevent that transmission," he said.

Seventy-three new cases were reported in Spokane County on Tuesday, Oct. 13. Approximately 40% of those cases were in people between the ages of 10 and 30 years old, according to Lutz.

Large gatherings that have taken place during past holiday weekends have proven to be troublesome with increased incidence rates, hospitalizations and deaths in Spokane County.

A spike in coronavirus cases occurred in Spokane County between Sept. 16-25 after the Labor Day holiday, according to the Spokane Regional Health District. Spikes also occurred after the Memorial Day and Fourth of July holidays.

Leaders with the Washington Department of Health say they saw increases and decreases in case and hospitalizations numbers at various points in September rather than a desired downward trend. The proportion of positive tests to total tests also remains high, according to the DOH.

The Spokane Regional Health District is also experiencing difficulties in contact tracing efforts due to people who are unwilling to share information. This is an issue at both the state and local levels, Lutz said.

Amid Spokane County's spike in cases, CHAS Health has expanded its rapid testing criteria. Jason Campbell, who serves as Vice President of Operations, said during Wednesday's press conference that students and faculty attending K-12, pre-school children, people with known direct exposure to COVID-19 and those with a fever can now receive a rapid test.

This comes after only healthcare workers, first responders and people living in congregate facilities were eligible for rapid testing.

CHAS has ramped up its ordering of supplies needed for rapid testing, Campbell said. Rapid testing will be billed to a person's insurance company directly and the cost will not be passed onto patients.