These Spokane restaurants are now open during Phase 2

Poole's Public House had customers eating in their restaurant by noon. 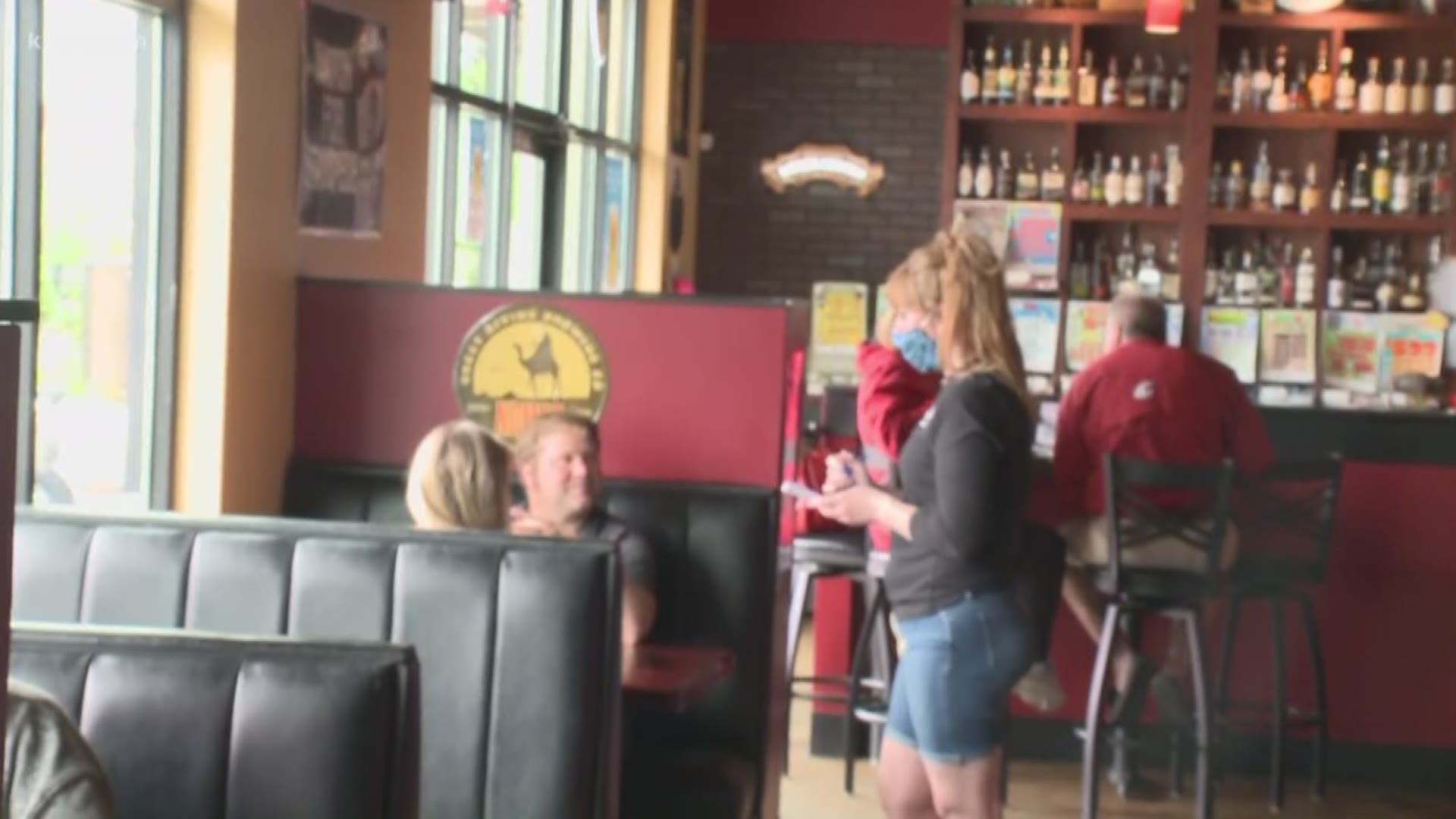 SPOKANE, Wash. — A list of restaurants that are open now is at the bottom of this article - if you have one to add, email newstips@krem.com.

Within two and a half hours of entering Phase 2, Spokane restaurants were already serving eager customers.

Poole's Public House was only open for an hour and already had multiple customers eating inside. Some arrived just three minutes after employees unlocked the doors.

"We have the best clientele in the whole city, they've been supporting us the whole time," said Tyler Poole, general manager of the Poole's Public House South Hill location.

RELATED: What does Phase 2 reopening mean for Spokane? Your questions answered

Poole says they had no trouble getting ready to open as soon as they heard Spokane County was entering Phase 2.

"I have one of the best staffs here in Spokane, so honestly it wasn't that hard for us," Poole said.

Thanks to Paycheck Protection Program loans, Poole's Public House was able to keep their staff on the payroll.

"We've been cleaning non-stop, painting, remodeling, moving tables around, making sure we're in compliance with the governor's orders," Poole said.

Poole was asked what it meant to him to open up again, even at 50 percent capacity.

"It's everything," Poole said. "We're a small family business - family owned, family operated, family employed. So all of our livelihoods are at stake. It means everything to us."

Poole was initially expecting a bigger rush customers, but he was still happy with the turnout. He said the restaurant had already received 20 calls of people making reservations.

"It's going to be a crazy weekend," Poole said. "We've been waiting for this for a while."

Do you have a restaurant to add to the list? Email newsdesk@krem.com.

RELATED: Where to buy masks in Spokane, North Idaho