The City of Spokane would need between $300,000 to $1 million to make similar accommodations. 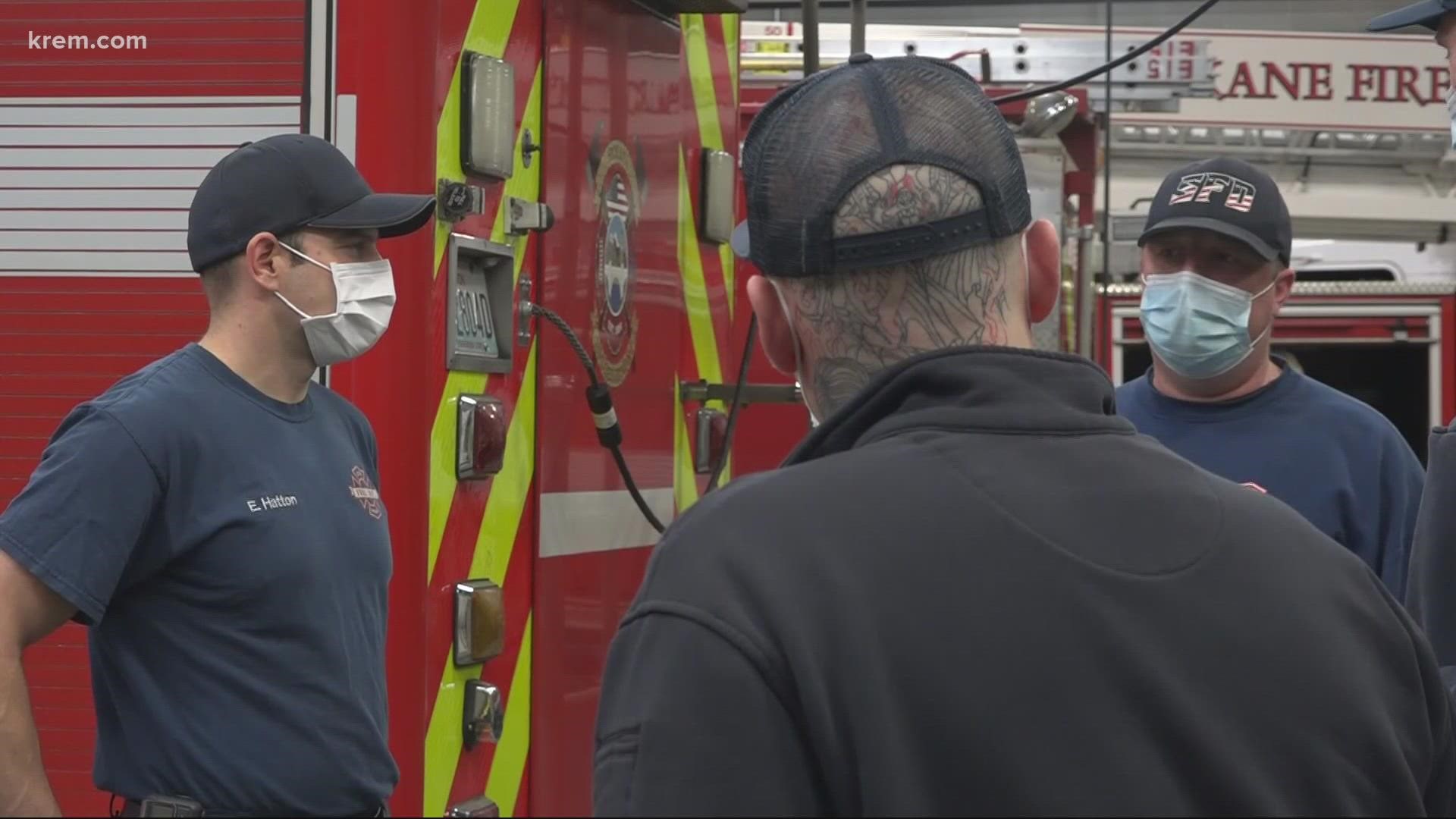 SPOKANE, Wash. — Monday could be the last day of work for dozens of firefighters in the city of Spokane.

Spokesperson Brian Coddington explained on it cannot make accommodations like those in Spokane Valley due to the volume of exemption requests. But another Washington city with a similar volume of requests and will not lose a single firefighter.

It turns out, the City of Tacoma’s Fire Department has a similar workforce to Spokane. Out of its 328 fire personnel who fall under the state’s mandate, it has 58 who are approved for exemption.

Spokane has 300 fire personnel with 38 who are exempt.

Come Monday, Tacoma Fire Department will remain intact, and it can accommodate its firefighters beyond the options Spokane is offering. Exempt fire personnel will remain in their assigned positions, they’ll receive daily health screenings, must practice social distancing, use PPE on a call, and must always wear a mask.

Spokesperson Brian Coddington said, “With the totality of situation, considerations for safety and public safety of individuals in the stations and that our firefighters are working with closely, cost, and we looked at availability and volume of testing in all those different factors combined with the data that showed 25,000 hours lost already to the pandemic just on quarantine alone and another 2300 hours or so lost to actual on the job contraction of COVID---none of those things taken in totality made it the right decision to be able to accommodate on the job.”

He adds, the city would need between $300,000 to $1 million to make similar accommodations.

"We have a very tight budget year," Coddington said. "We've estimated, over the life of the pandemic, that we're north of $20 million lost in revenue for the city of Spokane so that's not a small number. So we've been forced to make tough budget choices and decisions. So as you look at comparing all these different things, but really what it came down to it wasn't the right choice to make, it was not the safe choice to make for. the city and the community."

It takes three and a half months for firefighters to complete training and begin working at a Spokane city fire station. The upcoming recruit school is not expected to start until January at the earliest. Coddington said while this could translate into some overtime, the city is not concerned.

“Come Tuesday and Wednesday next week, 911 calls will be answered, Spokane Fire Department will be there, they will answer the call for help, and they will provide the services needed," Coddington said.

For most of Spokane’s 38 exempt firefighters, their last shift will be Sunday into Monday morning. Governor Inslee's proclamation says if you are still working or practicing healthcare after 12:01 Tuesday morning, you are in violation of the mandate.