Those who filed the lawsuit cited that the mandate violates their contract between workers and the state. 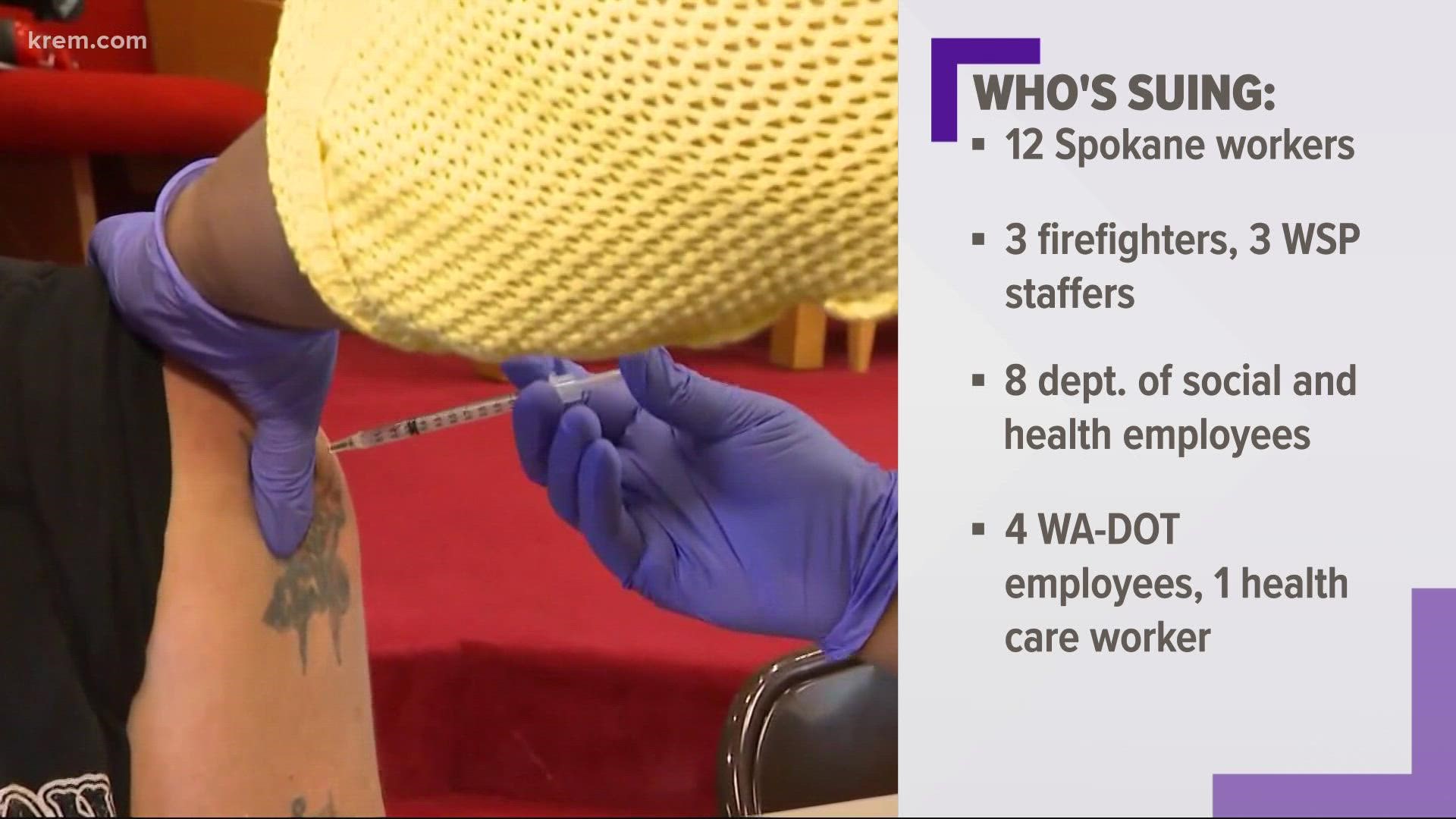 SPOKANE, Wash. — Multiple state workers in Spokane have filed a lawsuit over the COVID-19 vaccine mandate.

The COVID-19 vaccine mandate proclamation was issued by Wash. Gov. Jay Inslee on Sept. 27, 2021. The proclamation stated that all healthcare, education and state employees must be fully vaccinated by Oct. 18, or they could be terminated.

The 19 state workers who filed the lawsuit cited that the mandate violates their contract between workers and the state.

Here are the defendants mentioned in the law suit:

The causes of action, or basis for the lawsuit include deprivation of religious freedom, violations of contract, the Americans with Disabilities Act and more.

The attorney representing the plaintiffs is Grant Wolf Legal Group.

The court documents also detail conversations between the plaintiffs and their places of work.

One plaintiff said her religious exemption was denied by her place of work, DSHS. Allegedly, she tried agreed to a reassignment within her company because she chose not to get vaccinated, but they did not accept it.