'Back and better than ever': Stand-up comedy returns to Spokane with packed opening weekend

KREM 2 speaks with comic Josh Firestine about why he said performing in Spokane is a great return to live entertainment. 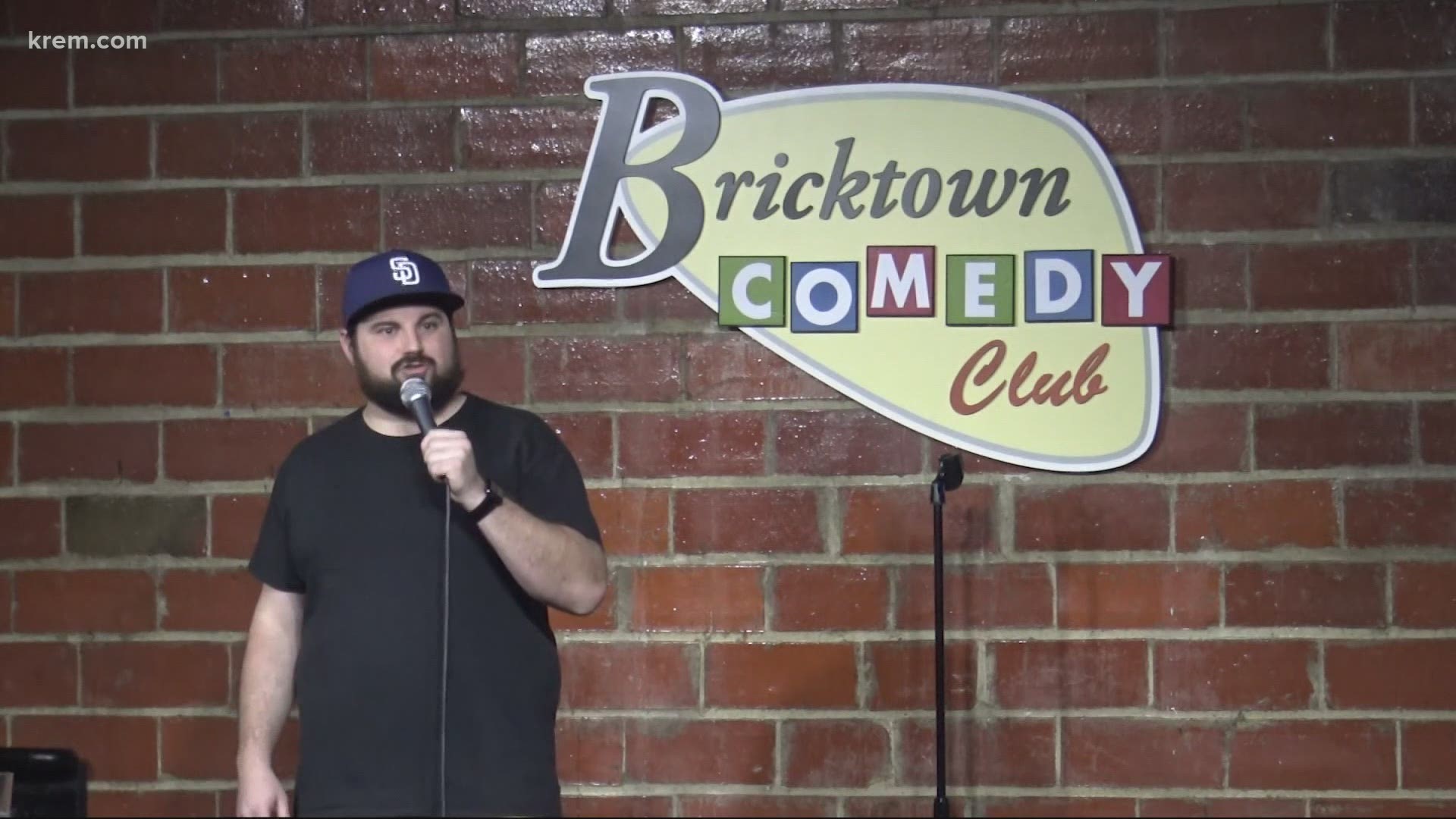 SPOKANE, Wash — Headlining the last day of Spokane Comedy Club's opening weekend, Josh Firestine reminisced on lessons learned over the course of his life. On Sunday, he told them to a full audience of comedy lovers.

The San Diego-born comic joked about father-daughter time, where to shop, and of course, the pandemic. In an interview with KREM 2's Morgan Trau, he shared he learned something new his first time performing at the Comedy Club in over a year.

"People were so much more excited this weekend than I've probably seen them in Spokane, ever," Firestine said. "That was a blast to see everybody is super happy to be out again."

The club sold out six  shows since the club's opening weekend. Firestine opened for Comedy Central and FX actor Steve Rannazzisi the whole weekend, but Sunday was his time to shine.

There is a positive aspect to live entertainment only opening to 25% capacity, he said. It means people in the audience really want to be there and support the show, he said.

RELATED: Stand-up comedy returns to Spokane in Phase 2 while some venues choose to remain closed

"Sometimes you think about how the crowd is feeling like, 'Did they buy tickets three months ago and they're just coming because they feel obligated,'" he said. "But you look at this crowd and you go 'Oh man, everyone's excited and we're all gonna have fun together.'"

Looking at people's faces this weekend, he said he felt loved, not just when he has the spotlight on him, but during set-up. He is the administrative manager for Bark Entertainment, the club's parent company.

Having such a unique experience of being both behind the scenes and on the stage and seeing how the pandemic affected each job differently was surreal, he said.

Finally getting to tell jokes in Spokane for the opening weekend felt like coming home, he said.

"I want it to feel normal, I don't want to make people think about [the pandemic] at all," he said. "I don't want people to be like, 'Yes, this has sucked, thanks for reminding me."

He never got into comedy to joke about current events because he never wanted people to think about the things that angered them or make them sad, he said.

"I wanted [the audience] to be like, 'Thanks for bringing me out of my reality to talk about the alphabet, or whatever stupid jokes you have,'" he said.

But the final lesson he learned is that even though it is amazing to come back to live performance, it can be taken away.

"Going forward with comedy, I would say, I want to keep it and I know you do, too," he said. "So please wear your mask and be respectful. We can laugh behind the mask."

Tickets for his show and for future shows are available online on the Spokane Comedy Club website. Firestine also has a podcast called Roastbusters and just released an album called "Needless to Say." Both can be found on all streaming platforms.

"We are back and better than ever, at least for right now," he said.

In Phase 2, indoor entertainment establishments can operate at a maximum of 25% capacity or 200 people, whichever is less. This includes aquariums, arenas, theaters, concert halls, indoor gardens, museums, bowling alleys and trampoline activities. If food or drinks are served, eating and drinking requirements apply. 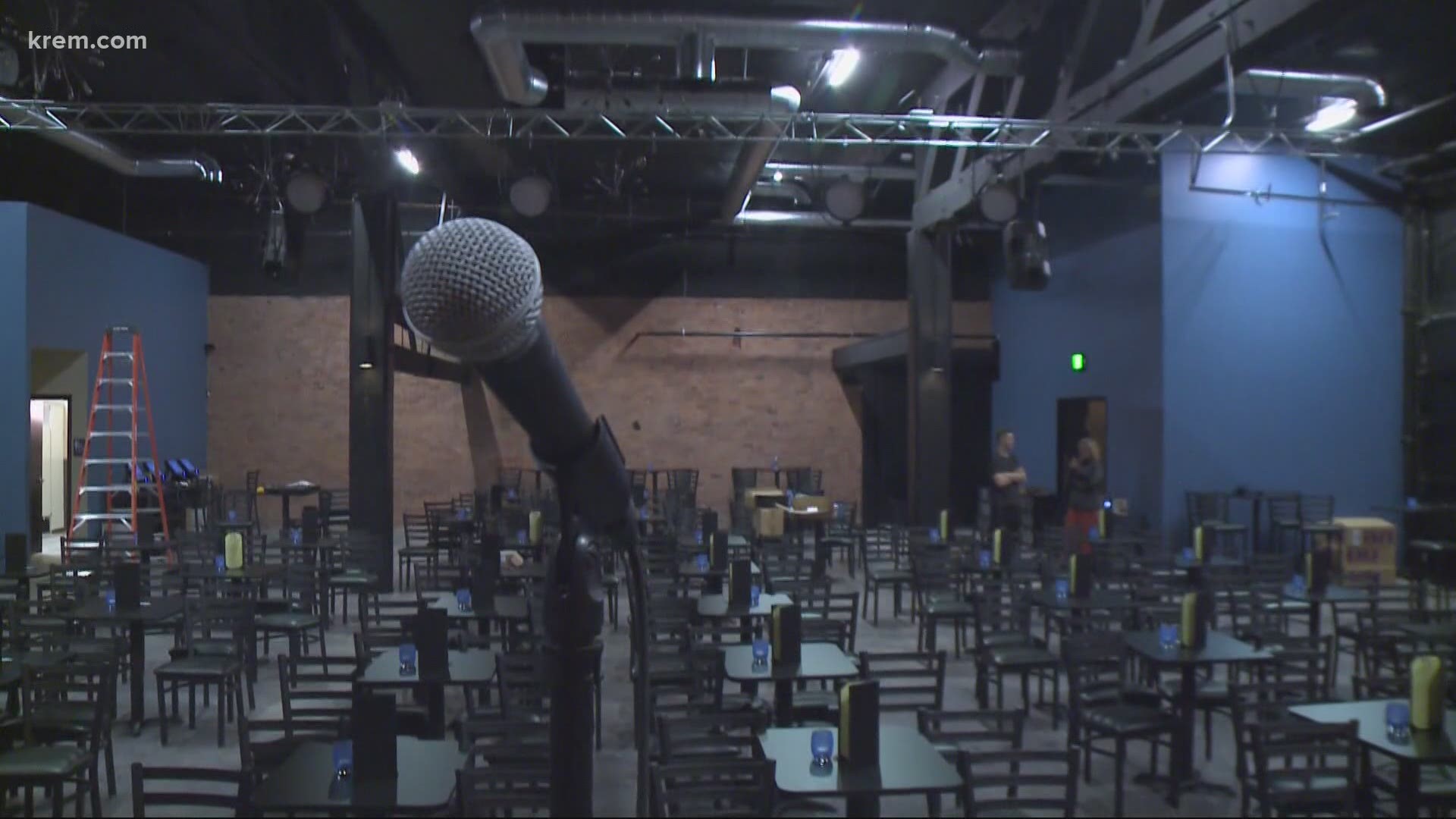