According to a message from Bishop Thomas Daly, the suspension of masses is one of multiple steps being taken by the diocese in light of the coronavirus outbreak. 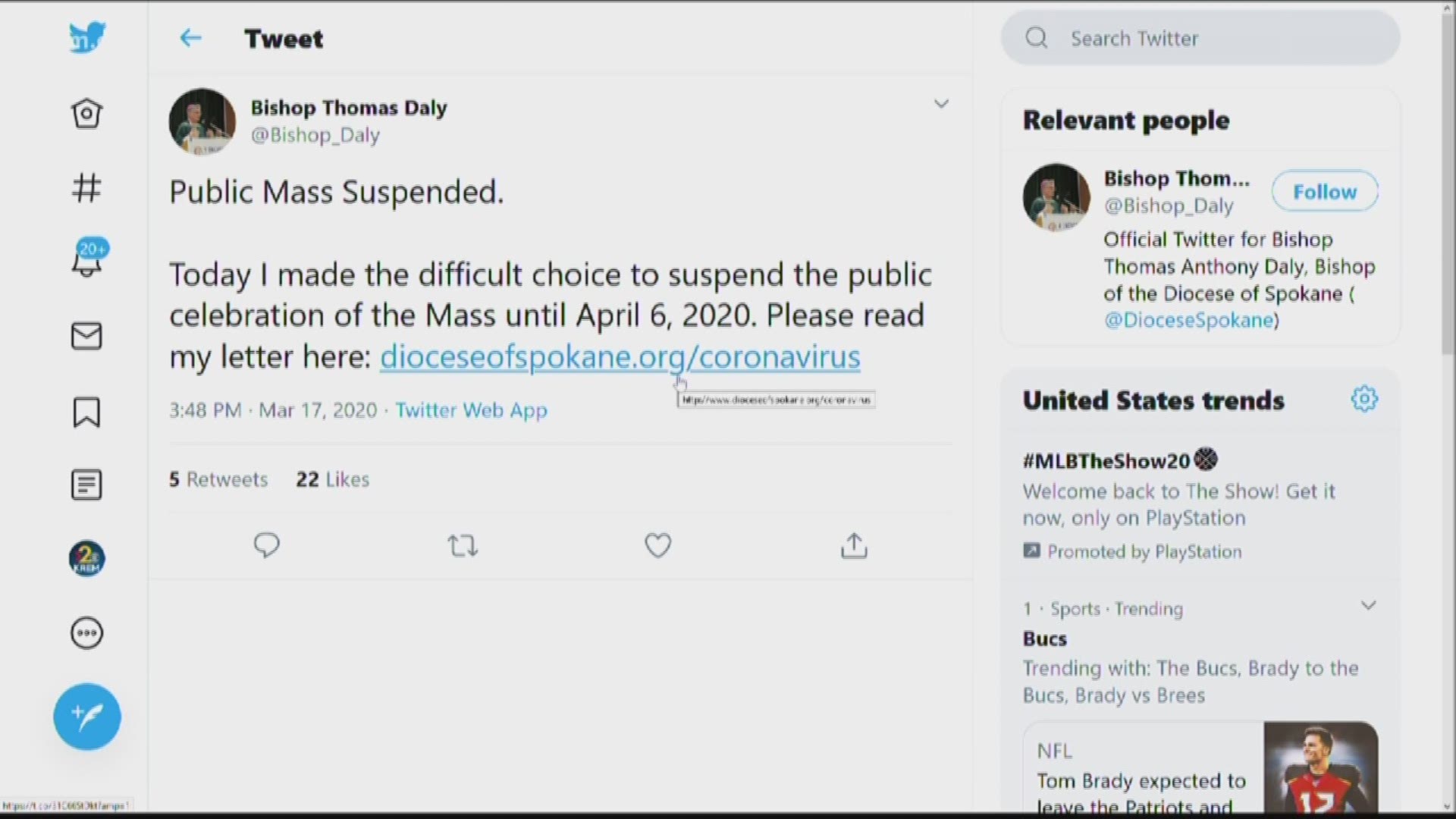 The Diocese of Boise encapsulates Catholic churches in North Idaho.

The suspension of Masses temporarily removes Catholics' obligation to attend.

Other steps in Spokane include: live streaming the Chrism Mass scheduled for March 31; limiting funeral services to graveside ceremonies unless the mass is attended by less than 10 people; keeping the Sacrament of Penance available "while observing social distancing requirements"; churches remaining unlocked so people can make private visits; and encouraging followers to take part in a voluntary fast on Fridays in an effort to break the pandemic.

"I am writing to you in what may be the most difficult Lenten season we will ever see. In the last 24 hours, we have witnessed emergency declarations from government officials which now call for severe restrictions on public gatherings," Daly wrote in the message. "I take seriously my responsibility to care for all the souls in the 13 counties of Eastern Washington which make up the Diocese of Spokane.  And thus, to date, I have resisted calls to limit public access to the Holy Sacrifice of the Mass."

This comes after Washington Governor Jay Inslee closed all K-12 schools through April 24. Inslee also closed all restaurants, bars, fitness and entertainment venues until the end of March, although restaurants can still offer take-out and delivery but must close dining rooms.

Inslee has also asked people to take part in social distancing by remaining six feet from other people and limiting gatherings to less than 50 people with certain guidelines.

RELATED: How Inland NW hotels and casinos are responding to coronavirus outbreak

RELATED: Here is what's canceled or closed in Spokane area due to coronavirus outbreak