The Black Pearl Casino is waiting on approval from the fire department before opening the tents to the public. 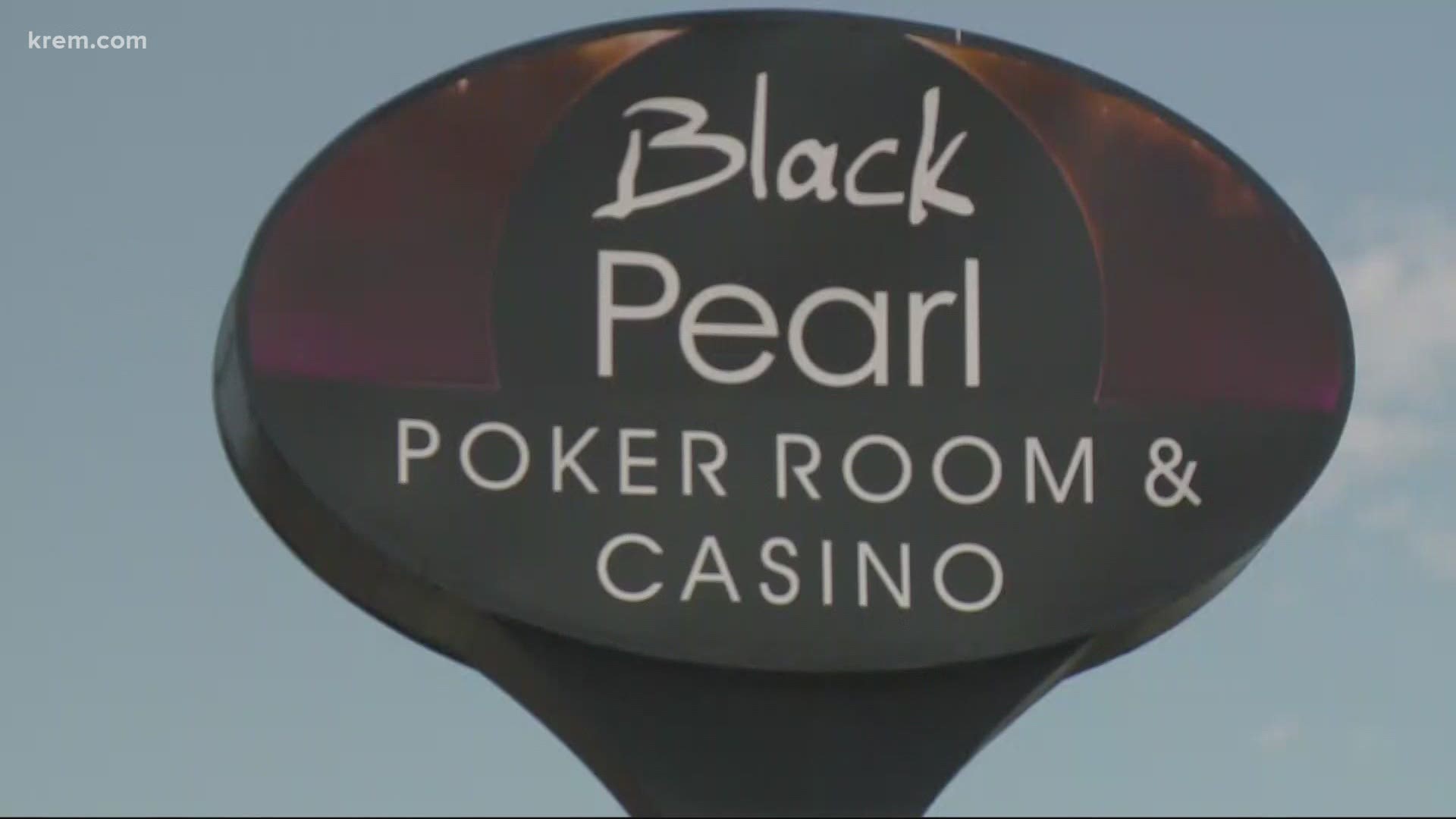 SPOKANE VALLEY, Wash. — Large casinos have been able to operate throughout Phase 2 in Washington, but a new set of guidelines in effect on Thursday, July 30, will force smaller venues to close their doors.

Right off of I-90 on the way to Idaho, The Black Pearl Casino in Spokane Valley is a place where people go to play poker and gamble.

Throughout the pandemic, they’ve been able to function as a restaurant while still offering their games. But a new state guideline says the casino can no longer remain open as an indoor facility.

But setting up a tent outdoors might be their way around that.

“There’s lot of steps and layers of things that have to happen,” said Janice Marich, who works at the casino. “It’s not an easy endeavor but together we’re going to make this happen.”

Currently, the building is running at 50% capacity. Everyone must wear a mask and have their temperature checked at the door. Each table has plexiglass dividers between each player.

The tents would follow those same protocols, but they have to get approval from the Spokane Valley Fire Department before it opens to the public.

“We’re taking it outside, under the tent, and doing everything that we’re currently doing to keep everyone safe and sanitized,” Marich explained.

The goal is to have two tents that are fully wired with security cameras, five table games and four poker tables.

One hundred employees work at the casino and the business said keeping those jobs is a top priority.

“We really have to take steps to make sure that we’re adhering to the law and we’re still doing all of those things that gaming would require us to do," Marich said.

Workers at the casino don't know how long it will take to get approval from the fire department.

The restaurant portion of the business will likely be closed until they get word they can operate.