Some restaurants in Spokane have been forced to lay off staff members before Christmas as a statewide indoor dining ban remains. 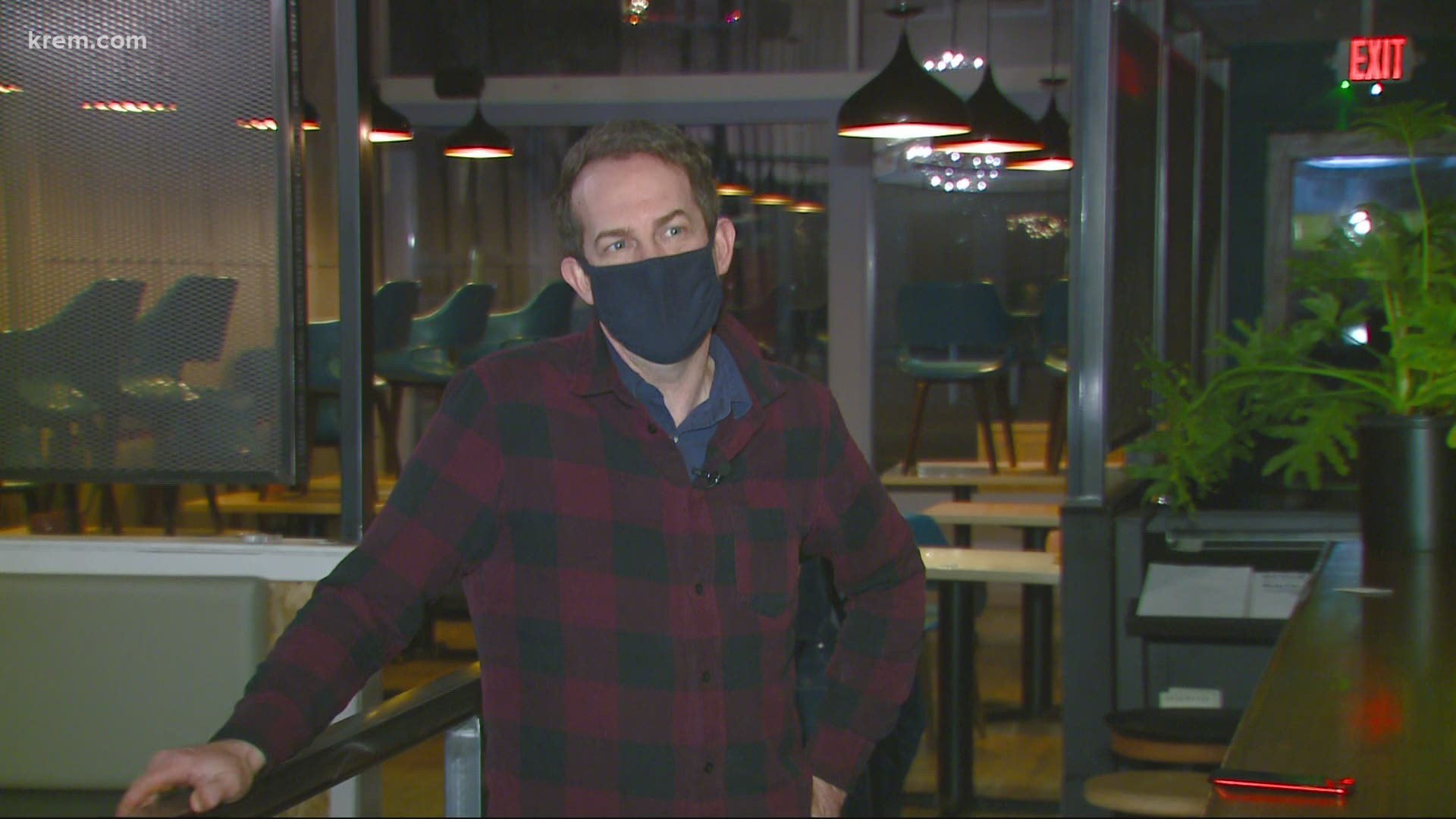 SPOKANE, Wash. — The worst nightmare of many local business owners has become a reality for some Spokane restaurants that are suffering amid COVID-19 restrictions: laying off staff before the holidays.

Washington Gov. Jay Inslee's latest round of restrictions that shut down indoor dining for restaurants are expected to remain in effect through Dec. 14.

Ruins and Lucky You Lounge, two restaurants in downtown Spokane, have been forced to lay off their staff. Tony Brown, who owns Ruins and three others in the city, has let go of 37 out of 43 of his employees.

"It's been slow. Business is down roughly 60-70 percent, which is pretty crazy. Rent doesn't change, utilities don't change, the only thing that's changing is people coming through the door," Brown said.

In an emotional Facebook post on Wednesday, Ruins lamented the popularity of fast food restaurants, including Chick-fil-A, during the shutdown and the financial impact of restrictions on local restaurants.

The first Chick-fil-A location in Spokane opened its doors on Tuesday, Dec. 1, with some customers waiting in line for hours.

"People are camping out to get in line for Chick-Fil-A...and we have sold 6 burritos today. I'm guessing a lot of other locally-owned businesses are in the same boat," Ruins wrote in part on both Facebook and Instagram.

The restaurant's posts on both social media platforms received thousands of interactions and shares. Ruins clarified that a photo attached the post showing a large crowd of people at Chick-fil-A was taken in Lynwood, Washington, rather than Spokane.

"We just had to lay everyone off again to try to stem the bleed-out and have had to rethink how, when and whether we can afford to do takeout with just the owners working," the post continues.

After the message was shared, residents of Spokane stepped up to help the struggling restaurant. On Thursday, Ruins wrote on Facebook that the previous post "drew such an amazing reaction."

"Today we literally sold more food than we could handle efficiently. A few people waited longer than we’d otherwise hope," the post reads. "It was unexpected and massively appreciated and we’re gonna get up off the turf, brush ourselves off and get back on the horse again tomorrow."

Lucky You Lounge, a bar, restaurant and music venue, wrote in a Facebook post on Wednesday that "takeout only is not going to work." The business announced in the post that it would be offering its last week of the service.

"We are going to sell as much food and drink to you over the next 4 days and then cut our losses and hope we can make it to a brighter day," Lucky You Lounge wrote on Facebook.

Spokane residents also flocked to Lucky You Lounge after the post to show their support.

The whole team is still reeling from last night. The parking lot was completely full the entire evening, wait times were insane and some pretty frustrating mistakes were made on our part. To everyone who encountered us at not our most glorious, we are so sorry! To everyone who received us with understanding and joy and grace...THANK YOU SOMEONE BROUGHT US A PLANT. Feeling the love. Limiting the orders we will accept tonight so waits and mistakes are less. If you don’t get through but want to support, you could buy tix to our live stream series! Love love love from our team.

Prohibition Gastropub also shared its struggles on social media this week, writing that the restaurant is experiencing some of its toughest times since the pandemic began.

"The second round of dining-in closures haven’t left anyone in the best position except fast food. With lines sometimes down the block, it leaves us wishing, hoping for people to pop in for some patio grub or calling in to take something home to the family," a Facebook post reads in part.

The mayors in Spokane County have signed off on a letter encouraging Congressional delegates to pass another stimulus bill offering financial help to businesses and unemployed workers, Spokane Mayor Nadine Woodward said during an interview on Up with KREM on Thursday.

“We anticipate that there will be another round of CARES Act money from the state that will offer assistance as well and hopefully bigger than the first round that we received after these new restrictions were handed out," she added.

KREM 2 has created its "Love Local" tool to help people support local businesses and restaurants. A list of businesses offering to-go and delivery services is also available on KREM.com. 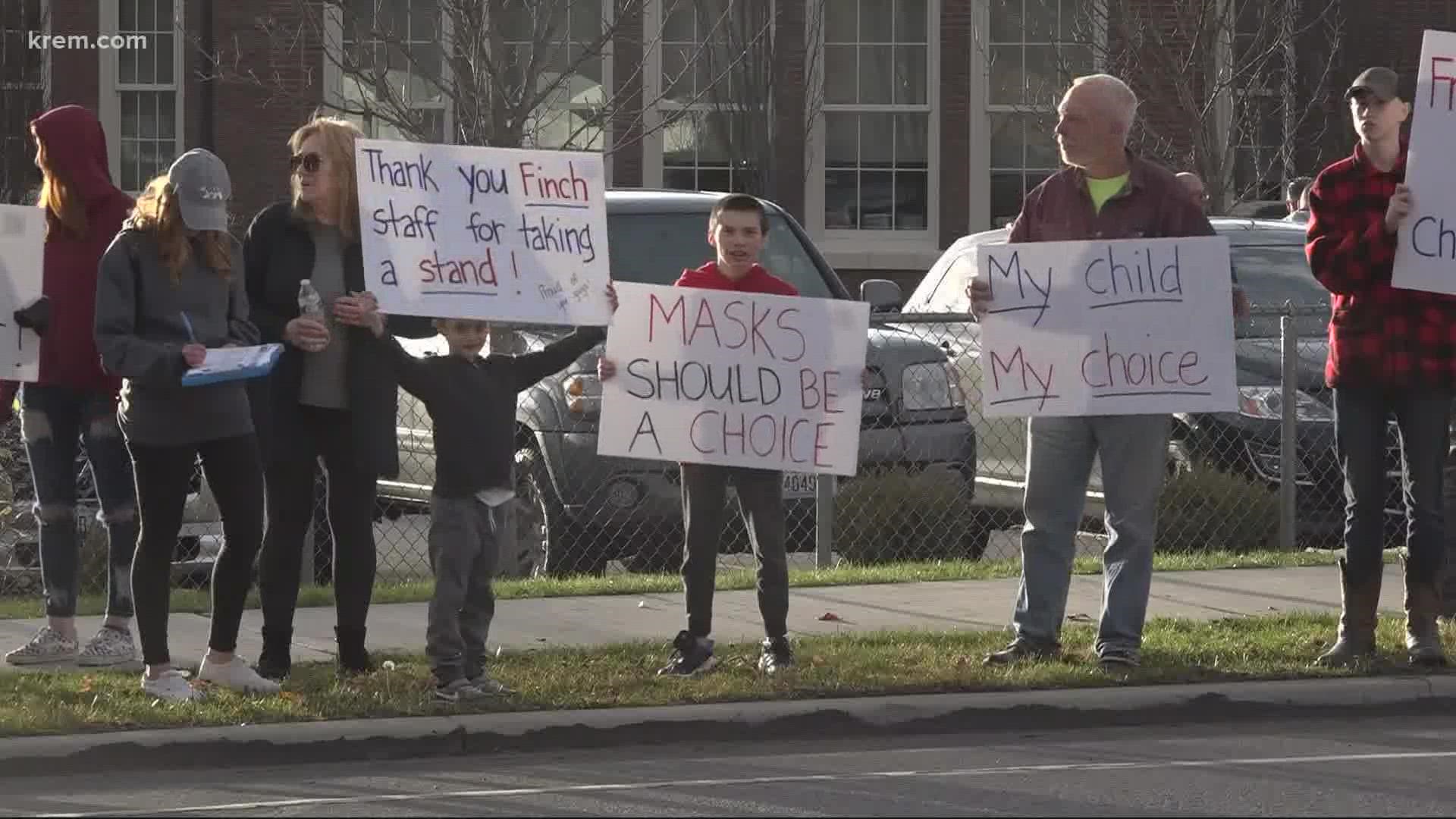