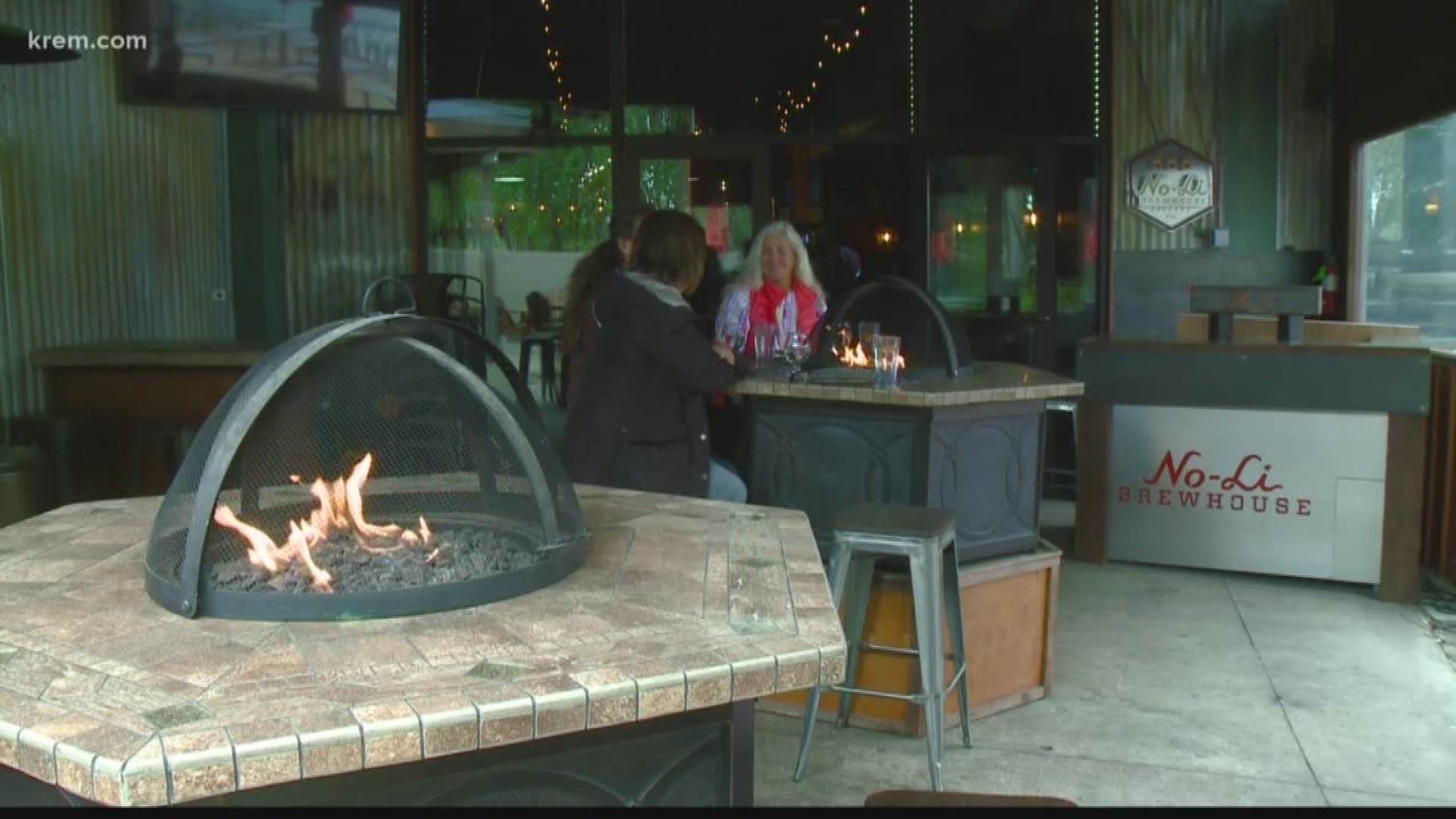 "This is wonderful," said Donna Ness, who was enjoying lunch with friends at No-Li Brewhouse. "It got closer and closer. And we were ready for the six-foot distance, and just hanging in the yard drinking wine. But when this happened, here we are."

Ness traveled from her home in Klickitat County to see friends and hopefully eat out once Spokane entered phase two.

"We're not in phase 2 in Klickitat County," Ness remarked.

No-Li opened their doors at 11 a.m. on Friday, just a couple of hours after the county's status became official.

Per state guidelines, No-Li was operating at half of its normal customer capacity. In anticipation of the announcement, the brewery had spaced out tables and installed plexiglass dividers between others. Employees were required to wear face masks.

"Anybody touching a beer or food has latex gloves on," Bryant explained.

Several other restaurants that contacted KREM on Friday afternoon had said that they too were opening their dining rooms with social distancing measures in place.

RELATED: These Spokane restaurants are now open during Phase 2

"We were excited. Really excited," said Joe Lobb, who co-owns several Man Shop barbershop locations in the Spokane area that are set to open on Saturday.

Following Friday's news, Lobb said staff spent the day distributing protective equipment to the Man Shop's locations. Under the guidelines, Lobb said, employees will be required to wear smocks and face masks while cutting hair. Customers will also wear capes that will be washed and sanitized between each use.

"If we can do our part and follow all the guidelines that were laid out to us, I think we can keep [coronavirus] at bay," Lobb told KREM.

Additionally, the barbershop's lobby capacity will be limited and additional customers will be asked to wait inside their cars before coming inside.

In the hours after the county's phase two announcement became official, Lobb said at least half-a-dozen customers walked up to the company's North Division location asking for hair cuts.

"[Employees] miss the day-to-day routine. They also miss the money. That's why we're all here, for the money," Lobb said.

Back at No-Li, the popular brewery was preparing to feed excited customers into the evening as well.

Bryant described the weeks-long closure of No-Li's dining room as "humbling" and thanked customers for ordering takeout and beers to-go.

"We salute Spokane and No-Li is incredibly proud to be a part of it," he said.