"We're very excited, like my heart's racing right now," one owner said. The restaurant opened for a pop-up service Friday, but plans to reopen fully in March. 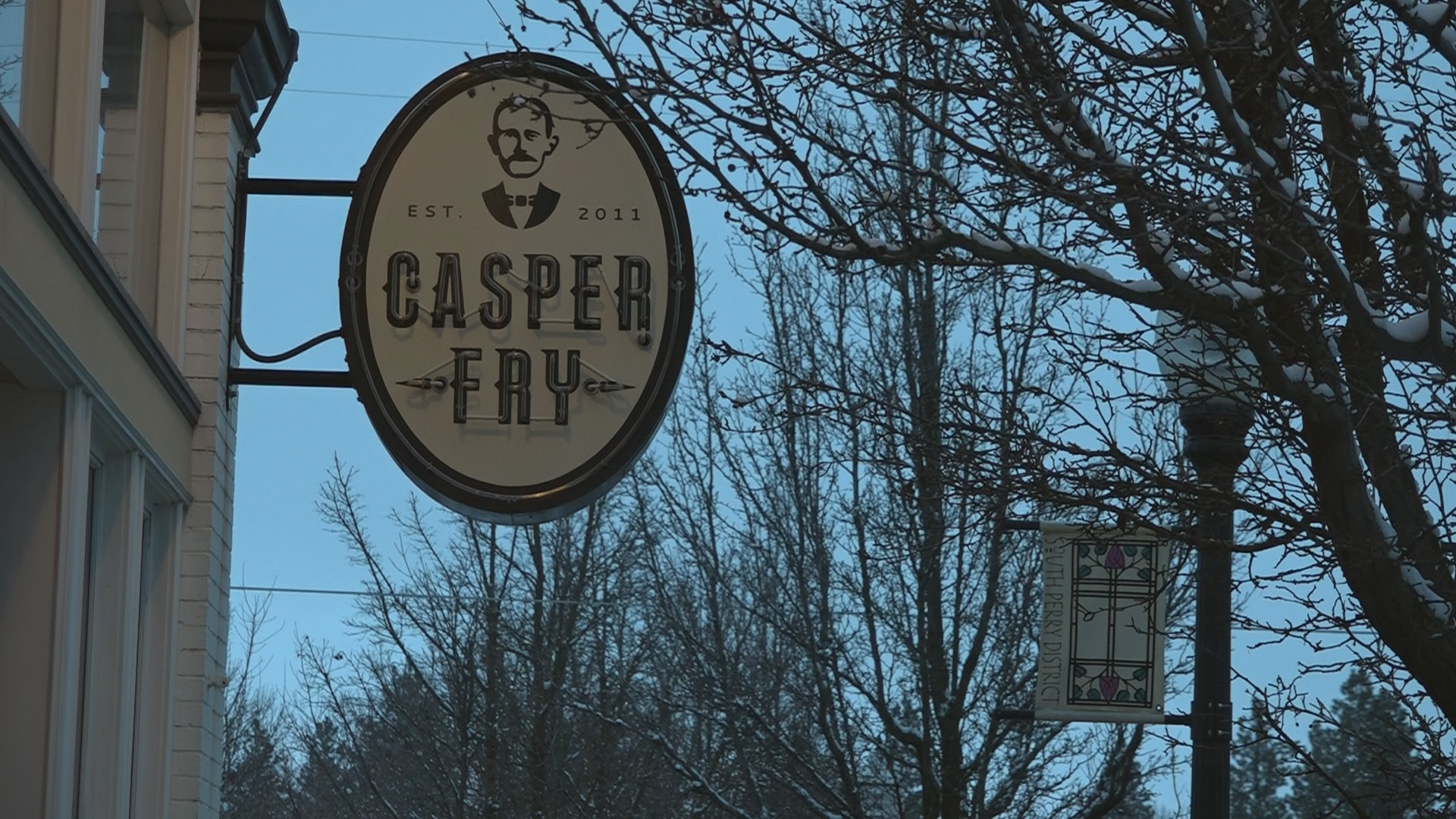 SPOKANE COUNTY, Wash. — After 11 long months, the light is back on inside Casper Fry on Friday evening in the Perry District. This Spokane staple is starting their reopening process.

In March of 2020, the family owned restaurant closed their doors and turned off the lights. With indoor dining shutting down, owner Deb Green had to weigh the pros and cons of keeping Casper Fry open for takeout only.

Green's kids, Ben Poffenroth and Megan VanStone, are also her business partners. They decided it was best to close.

Being shut down for so long, Green started to doubt what she should do to keep customers interested in the southern-inspired American bar and eatery. She considered rebranding and offering a different type of food but she wanted to stay true to the restaurant's beginning.

"It seemed important just to open it back up as Casper Fry," she said about a possible new concept. "It's heartwarming for us to be here and it's emotional for us."

She said her family thought they would have another vision for their restaurant, as "times change," especially in the pandemic. Her customers, however, didn't want a change.

"Just the outpouring of love and support and all the good wishes, made it possible for us just to pull ourselves up by the bootstraps and say, 'all right, let's do it,'" she added. "I mean, it's been so long."

Green and her family own two other Spokane restaurants, Durkins Liquor Bar and Madeleine's Café & Patisserie. They decided not to fully shut down the other two, which they say was still overwhelming to manage.

Green said she applied for every loan available, and that is why Casper Fry is still here today and able to open Friday evening.

"Quite frankly, it would have been difficult without those funds," she said. "My job this year has really been a grant writer."

Now that the East Region of Washington is in Phase 2 of Governor Inslee's reopening plan, they figured they would open up.

RELATED: All regions in Washington now in Phase 2 of reopening plan

"We were going to open tonight, do a little pop-up," she said about seeing the community's interest in Casper Fry. "Give everybody a little test to dip toes in the water."

Their full bar was open and they had 6 hot-ticket menu items available. This pop-up is only taking place Friday Feb. 19, but there will be another one on Friday, Feb. 26.

They are scheduled to fully reopen under Phase 2 guidelines March 4, but they say there is a possibility they'll fully reopen sooner than that because of the support from the community.