Here's where students can pick up school lunches in Spokane 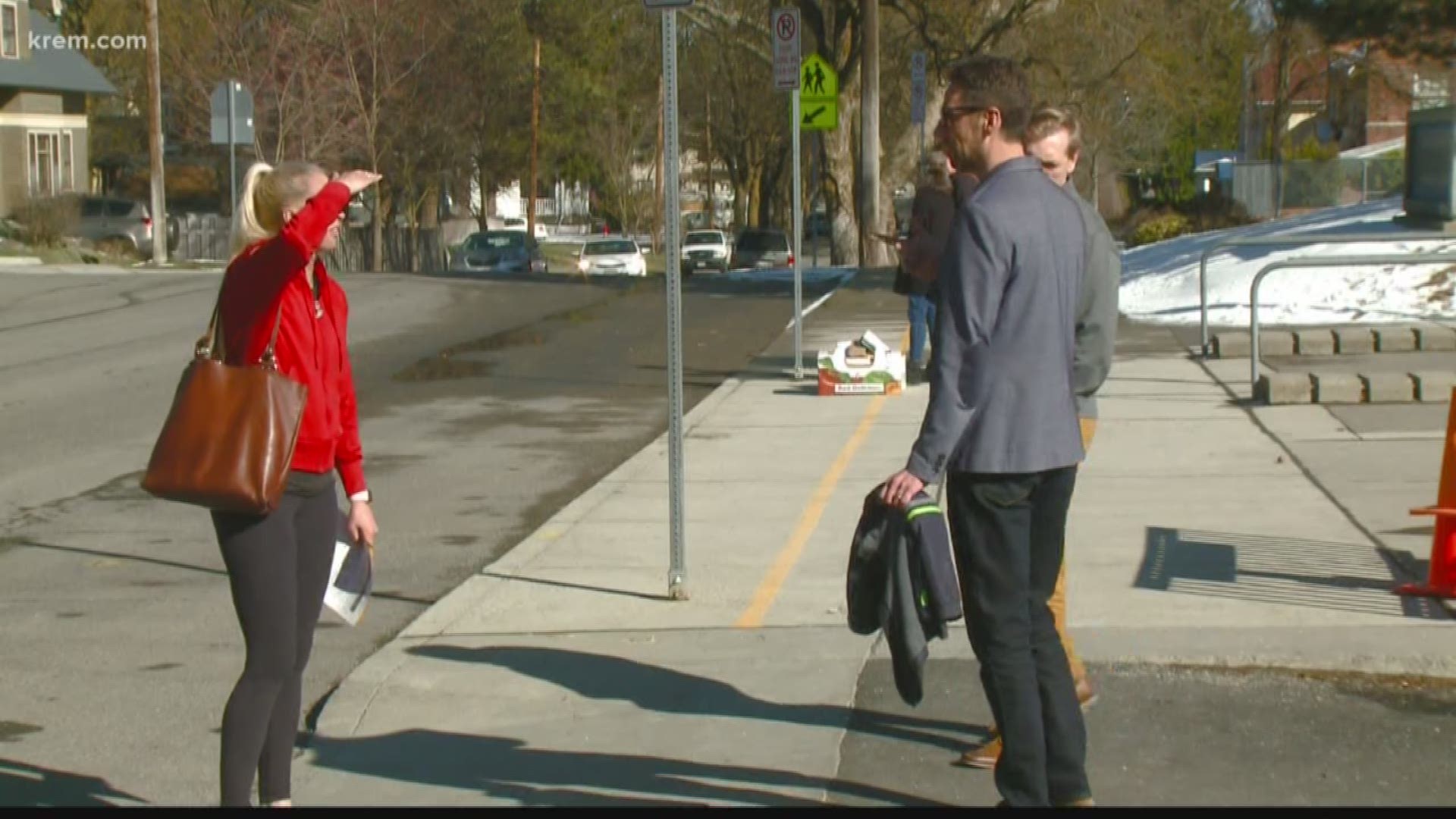 The meals include breakfast and lunch. They are available to all children up to 18 years old.

Meals can be picked up from 11 a.m. to noon at these locations:

Meals will be offered Monday through Friday and the district hopes to expand these sites in the near future.

Spokane Public Schools said they plan to add Audubon, Bemiss and Cooper as pick-up locations on Friday. The rest of the school sites will start Monday, March 23.

Children must be present to pickup their meals because it's a federal meal program requirement, according to the district.

Women and children can pick-up nutritious, individual packaged meals at 1408 North Washington Street on Tuesdays and Wednesdays between 11 a.m. and 1 p.m. There are no qualifications to receive free meals and each family may receive up to 10 prepared dinners each day.

“School closures, layoffs and other disruptions to daily life are particularly difficult for people facing hunger. We are prepared to provide 3,000-5,000 meals per week to low-income seniors, women, teens and children,” said executive director Lisa Diffley. “We are practicing social distancing by allowing anyone driving to the restaurant to remain in their vehicle while a bag of meals is placed on the hood of their car.”

Schools closed through at least April 24

Parents sent their children to a Spokane area schools for the final time on Monday until at least late April.

All Spokane Public Schools will be closed to students beginning Tuesday, March 17, through at least Friday, April 24.

Students left school Monday with armfuls of packets of homework to take home. Some parents are rolling with the punches while others are concerned about the weeks ahead.

"I go to beauty school and they're not closing," said parent Erin Reid.

"We should be OK. We're not the greatest example because--I mean this is really easy on us. It's not too bad. But I know there's a lot of other people who are going to be hurt by this," said parent Travis Johnson.

Roosevelt Elementary school's principal Matthew Henshaw said about half of its students came to school Monday.

Washington Gov. Jay Inslee expanded restrictions statewide on schools and gatherings that were put in place earlier in three western Washington counties in response to the spread of the 2019 novel coronavirus (COVID-19).

“These are extraordinary times. We have been diligent in dealing with planning for the decision that was made today by Governor Inslee," Superintendent Shelley Redinger said on Friday.

Despite the closures, the state superintendent said the school year will not be extended past June 19, 2020.

Spokane Public Schools was notified by the Spokane Regional Health District over the weekend that a Bemiss Elementary School parent tested positive for COVID-19.

The Loon Lake School District has announced that, beginning on March 23, food will be provided by buses making deliveries to houses, or by families going to Loon Lake Elementary School between 9 and 11 a.m. each day. Both breakfast and lunch will be provided.

The district is asking families to fill out a survey to note their meal pick-up preference.

The Couer d'Alene Tribal School District is offering food for students during the closures.

Meals include a breakfast and a lunch, and are offered at the following locations and times:

Inslee has specifically requested the schools provide childcare to first responders and medical workers. SPS plans to begin with 10 childcare sites and may be able to expand the number based on community need.

According to the district, some childcare sites could open as early as Thursday, March 19. All 10 sites are expected to open Monday, March 23.

Groups will be limited to 25 students, which will allow the district to practice social distancing.

Express Childcare will be open on Monday, March 16, and closed on Tuesday through Friday. Families who utilize the service are asked to make alternate arrangements.

Staff will not provide online instruction

SPS teachers will have materials for students to take home or access online on Monday.

"Our current focus is on giving students opportunities to maintain learning and allow for exploration, not instruction provided online by staff," a letter to families reads.

The district is also working with College Board to ensure that juniors and seniors can take their Advanced Placement tests.

The school district announced Monday it would check out laptops to support learning for families without access to computers at home.

They said the laptops will be checked out to students based on need and availability.

As of Monday, the district can only offer one device per student and up to two per family.

A request form can be found here.

Redinger said on Friday that she and other district leaders are also concerned about mental health support and student isolation.

“Another concern that we have of the mental health of our students and just the overall wellbeing of our students is the cancellation of those activities [sports]," she said, adding that SPS is trying to find creative ways to keep students active that could entail smaller groups.

Some canceled events could take place at a later date but others will not be made up, Redinger said.

Spokane Co. health officer says he did not recommend closures before Inslee's announcement

Lutz said he has seen limited evidence of COVID-19, more commonly known as coronavirus, spreading among young people and that they are less likely to contract it than older populations.

Spokane Public Schools announced on Thursday that it was restricting activities involving groups of 250 people or more, effective immediately.

The Coeur d'Alene School District also said on Thursday night that it is canceling or postponing indoor activities with more than 250 people or activities where social distancing of 6 feet or more isn't possible. Meals and normal classes will go as normal.

The Post Falls School District announced Sunday that they will be closed Monday and Tuesday, March 16 & 17 to complete the deep cleaning that began this weekend.

'It is already here'

Though there were no confirmed cases of COVID-19 in Spokane County on Friday, health leaders said they were quickly moving efforts from preparing for impact toward mitigation.

"We believe, we know, it is already here even though we don’t have documentation," Lutz said on Friday.

“We are getting case reports on a regular basis and, again, I think it’s just a matter of time," he added later.

Health leaders are recommending non-pharmaceutical intervention for preventing the spread of the virus, including social distancing.

RELATED: No limits on gatherings in Spokane, but mayor urges social distancing

Lutz said he is also recommending as of 5 p.m. on Friday a ban on large gatherings of 250 people or more throughout Spokane County. These were prohibited by Inslee statewide later on Friday.