Dr. Francisco Velazquez said that the county is starting to move past the point where new cases can be traced to events such as the NCAA Tournament and spring break. 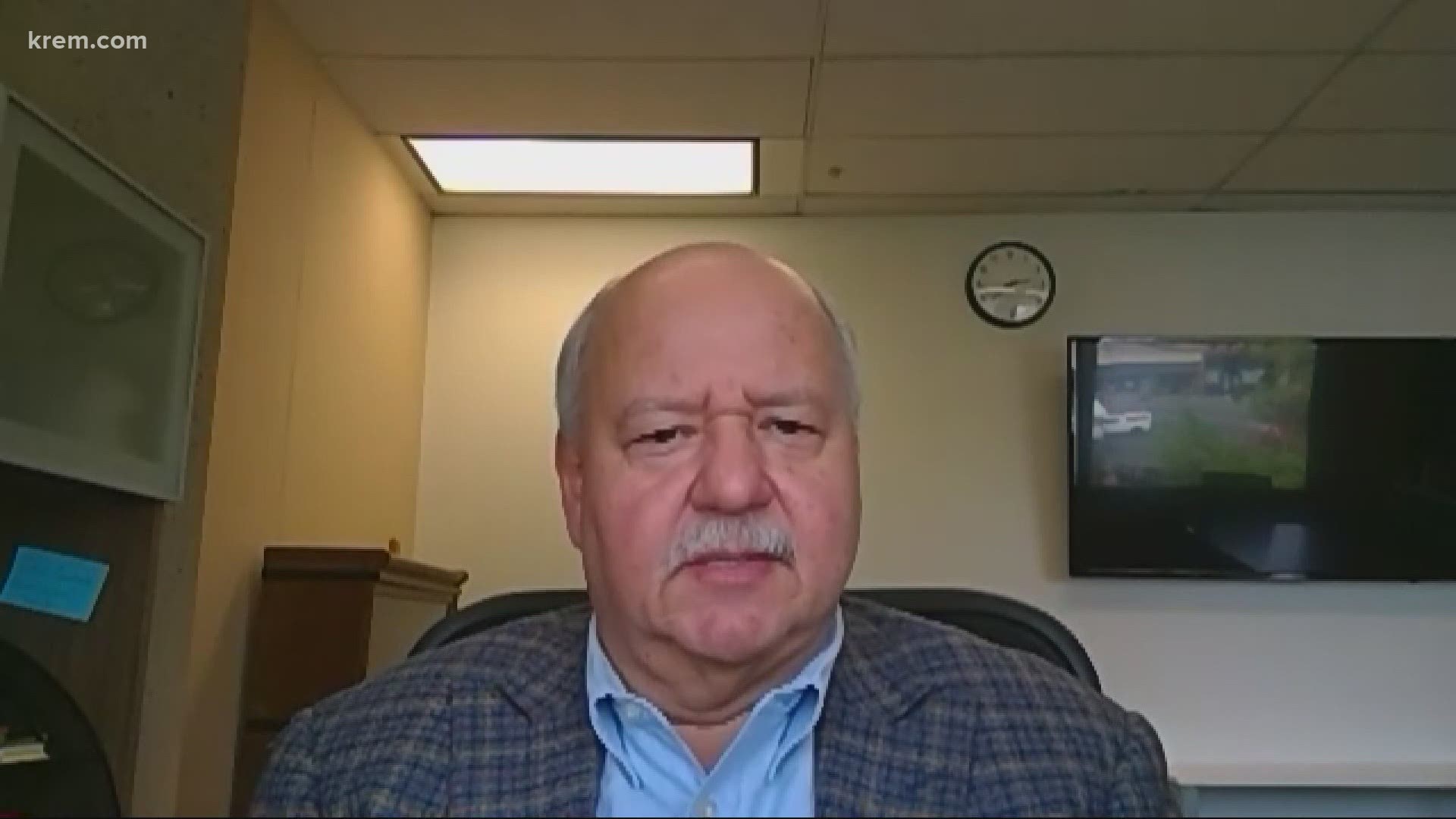 SPOKANE, Wash. — Spokane County fell short of the metrics needed to stay in Phase 3 on Monday, just one day before Governor Jay Inslee was set to announce which counties will stay at their current phase, and which ones will be forced to roll back.

On Tuesday morning, Inslee announced a two-week pause in reopening on Tuesday, meaning Spokane County will remain in Phase 3 of the “Healthy Washington” plan.

The pause means all Washington counties will stay in their current phase for the next two weeks. State officials will evaluate the situation at the end of the pause.

Spokane Interim Health Officer Dr. Francisco Velazquez said on Monday that it will take several weeks for the trends to change in the right direction.

"If you think about it, we have trended in the wrong direction for quite some time," he said. "Although we saw a slight improvement for about a week, but we just spiked up again. So, it will probably take us a few weeks to get back to the rates that are required for phase three."

He said that he was hopeful Spokane was on the right track, but then a spike occurred from about April 20 to April 28. He said that as of Monday, Spokane wasn't meeting the metrics needed to say in Phase 3.

To stay in Phase 3, Spokane County would need to meet at least one of two metrics: either have fewer than 200 cases per 100,000 people over a two-week span, or have fewer than 5 new hospitalizations per 100,000 people over a one-week span. According to data acquired from the SRHD dashboard, the county's case rate for the two-week span of April 19 to May 2 is 287.9 and the hospitalization rate for the one-week span of April 26 to May 2 is 5.35.

As for what it will take to contain the current spike, Velazquez said vaccines will play a key role.

"Hopefully, as we continue to work on public health guidance, immunize more people and pull back a little bit from some of the activities that have generated some of this surges, we'll go back and go back to phase three," he said.

Velazquez said that incentives, such as Inslee's announcement of new capacity rules allowing for separate sections for vaccinated and unvaccinated people, will hopefully encourage more people to get the vaccine.

He added that it will take some time for the data to normalize even after he spike has been eased due to how the state looks at data for metric evaluations. Velazquez said he is confident the numbers will begin trending in the right direction.

"I am confident, and the reason why I'm confident is because we as a community have come together and done it before multiple times. Whenever the virus surges, we've taken control of it and gone back to what we need to do to make sure that we can get the activities back, so I'm very confident," Velazquez said.