'We need to come together': Spokane gym owners seek help from community, government 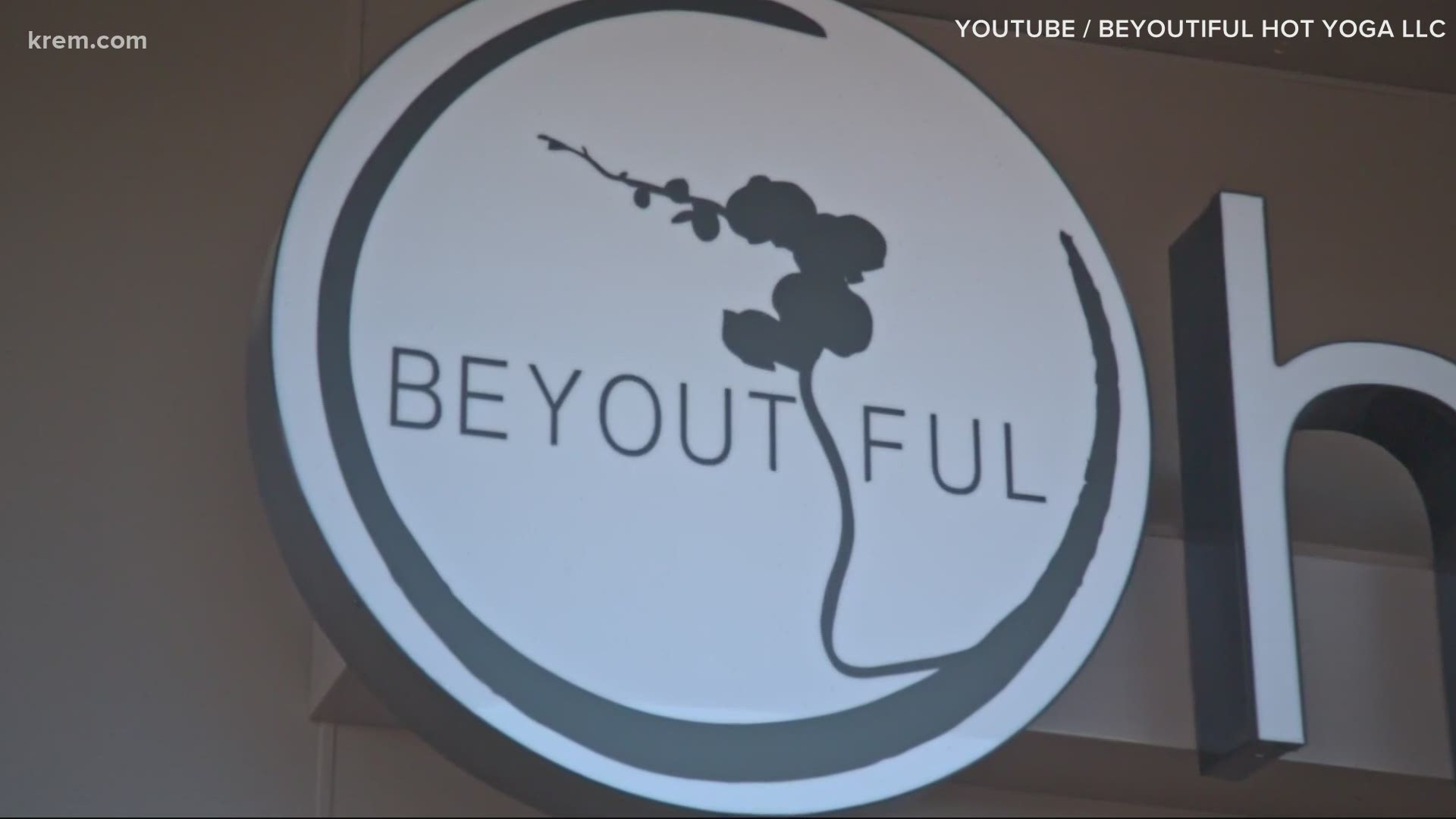 Whereas some businesses can continue to operate, such as restaurants offering takeout or retail stores staying open at 25 percent capacity, gyms were forced to shut down altogether.

"Our business model is one where we can't offer to-go services. We have to completely close," said Wes Vimont, who co-owns Beyoutiful Hot Yoga with his wife Mimi.

The Vimonts have five locations, four of which are in Washington, meaning all but one of their studios are currently shut down for the second time this year.

"We've got a little bit more of a plan as to how to get things put together sooner, to kind of maintain our position through it," Vimont said.

Through sales of merchandise and gift cards, as well as continued support from members who choose to pay even with the studios closed, the Vimonts believe they can survive a while longer.

Despite being more prepared this go-around, business owners are being offered far less assistance from the government than they were during the past shutdown. A new federal stimulus package does not seem to be on the horizon.

Spokane Boxing Gym Owner Rick Welliver is frustrated with the lack of help.

"If our government wants to put us through another shutdown there better be some more money coming on our end," he said. "They're sitting on their asses, not doing a thing."

The blunt words come because for Welliver, the stakes are higher than keeping his business open.

"The thing about my gym, it's not just a boxing gym. It's sort of a meeting place and a safe place for a lot of kids," he said. "These kids are displaced. They have nowhere to go. I show up to work every day and have about half a dozen kids waiting to get in the door. They have nowhere to go now. If that's not essential I don't know what is."

As frustrated as Welliver is with the government right now, he's even more angry at people who make things worse by flouting the rules.

"Let's come together and do what's right and get out of this thing, instead of denying the science, instead of denying the facts," he said. "There's something about medical doctors and scientists: I have a tendency to believe them. We need to come together and make the right choices. If we had done that earlier, we wouldn't be in this situation right now."

Both Vimont and Welliver said that flexibility from landlords and others they work with has helped keep them afloat during the pandemic. But there's a limit to how long such flexibility can prevent doors from shutting for good.