‘There's a lot of tears’: Spokane businesses call on legislators for help amid new COVID-19 rules

Part of Spokane business owners' frustration stems from laying off employees during the holiday season. 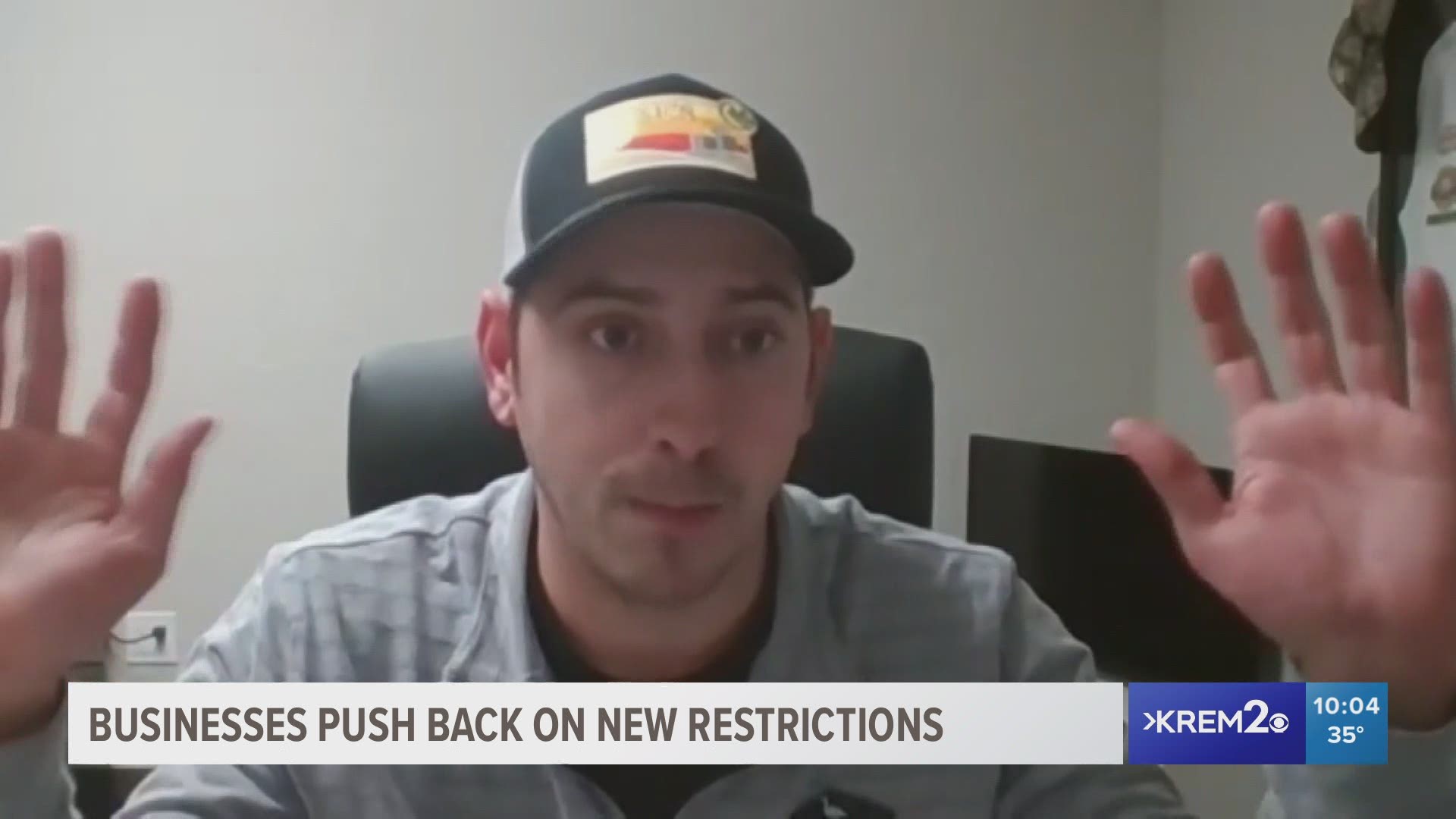 SPOKANE, Wash. — Indoor dining at restaurants in Washington state is restricted for at least the next month.

Based on the financial struggles from COVID-19 alone, some Spokane businesses won’t make it into the new year.

“It’s preposterous to think that a restaurant can survive only on takeout and outdoor dining when you live in an area such as the Northwest,” said Josh Wade, owner of Bark, a Rescue Pub.

They want a conversation to be held with Governor Jay Inslee about potential harm that comes from closed doors.

Part of their frustration stems from laying off employees during the holiday season. Wade believes indoor dining even at 25% capacity could help alleviate some of their stress over rent and other bills.

“So we’re calling on our local leaders to step up and head over there and with Inslee and say look, we’ve got to fight for these guys,” Baziotis said. “We’ve got to do something.”

Governor Inslee did announce an effort to help takeout orders on Thursday.

Some owners, including Baziotis, believe that’s not enough to balance their losses.