Seattle Public Schools, the largest district in Washington state, is still negotiating with teachers to get the youngest students back in the classroom. 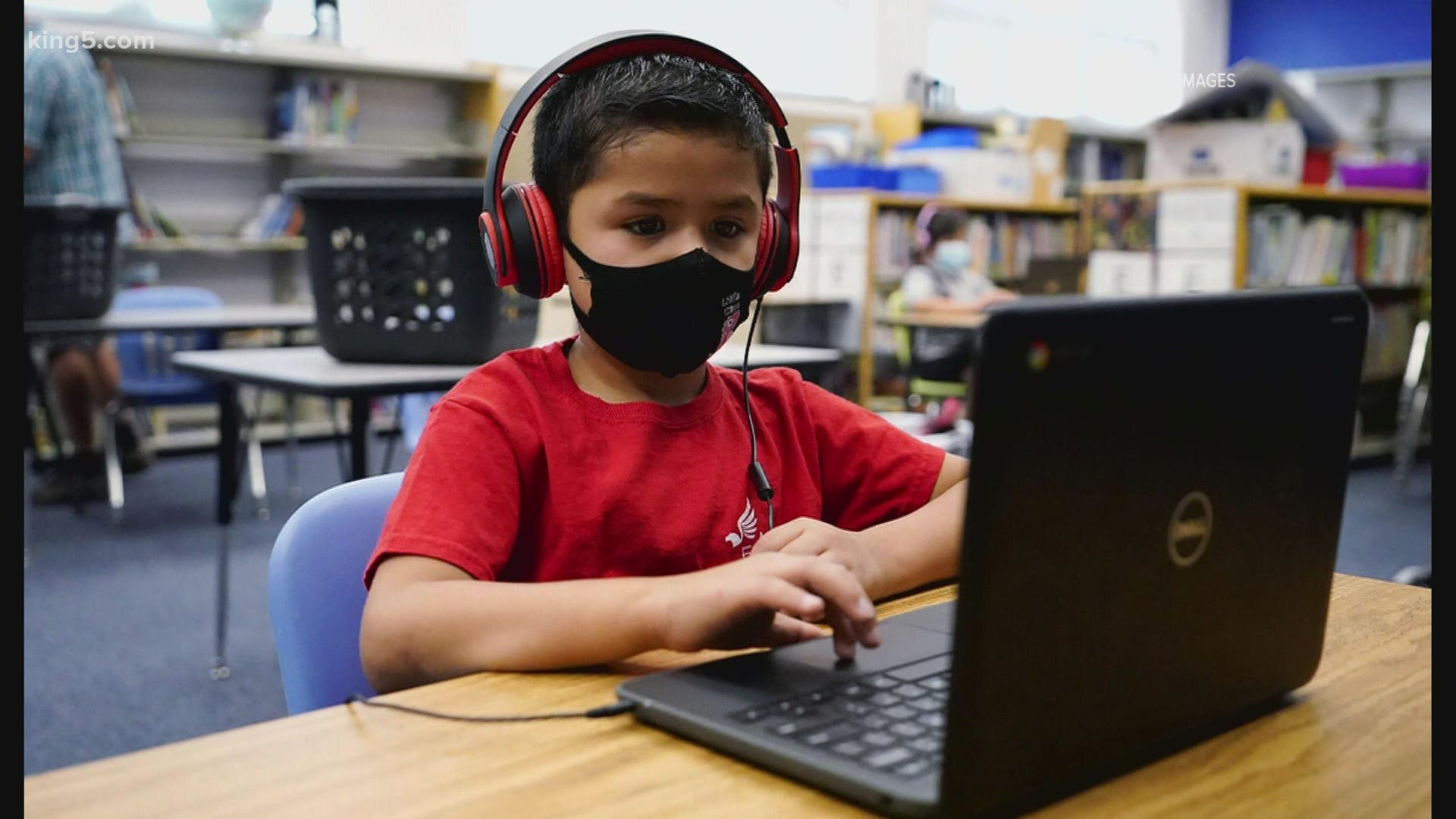 Seattle Public Schools (SPS) spokesperson Tim Robinson acknowledged Friday it has yet to be determined whether students in second grade or above will return to school until the fall.

The district says it is focused on bringing back pre-K, kindergarten, first grade and special needs students pending a collective bargaining agreement with the teacher’s union. However, those negotiations are continuing, and it seems unlikely those students will be invited back until well after March 1.

The Centers for Disease Control and Prevention (CDC) guidelines, which were released Friday, call for things like hand washing, social distancing and masks and do not include a mandate for vaccinations.

The Washington State Department of Health said earlier this week that 305 COVID-19 cases can be tied back to K-12 schools in 2020, which is a small number when compared with the overall totals. Yet, teacher vaccinations have been a sticking point in districts big and small. Both Bellevue and Issaquah had difficult negotiations with their unions before allowing small children to return to class.

“We feel strongly that educators should be prioritized for the vaccine," said Larry Delaney, president of the Washington Education Association, the union that represents teachers. "This (the CDC guidelines) does nothing to change our position on that issue.”

He also said as far as Seattle is concerned that facility management is a concern for the union.

“I think what we're seeing in Seattle is indicative of the challenges that many communities face, particularly where there's older buildings, and they don't have the ventilation," Delaney said. "And so when we're taking a look at the safeguards and procedures and what's mentioned, there certainly are some challenges and districts that have older buildings that can't be solved in a matter of weeks.”

Seattle Education Association President Jen Matter said she takes exception with the district’s characterizations about negotiations, and that "this is not just about vaccinations.”

She says the district is “not willing to show a commitment or put any mitigation efforts into an agreement,” and that the teachers will want more detail about how SPS plans to keep teachers and students safe upon return.